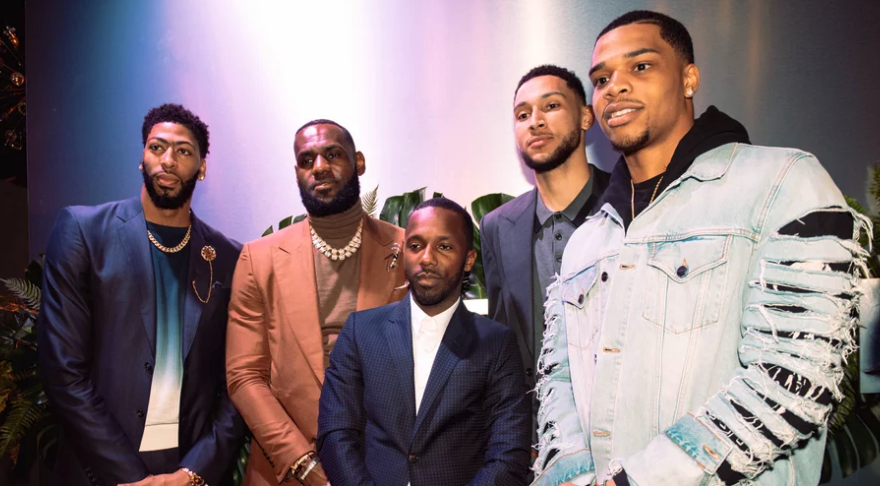 Rich Paul is one of the NBA’s most powerful agents. It seems his next mission is to conquer the NFL.

Now, according to a tweet from ESPN’s Adam Schefter, Paul is considering starting an NFL division with agent Damarius Bilbo, founder and president of Revolution Sports Agency.

NBA is now turning to the NFL: Klutch Sports Group, led by the well-known Rich Paul, is in talks with agent Damarius Bilbo to lead his football division, per source.

Because Rich Paul, a subject of one of the ultimate rags-to-riches stories, has flipped through the rags pages and now is in the riches chapter.

From growing up in a one-bedroom apartment with his father to selling authentic NFL jerseys out of his trunk to randomly meeting LeBron in an airport to accumulating $25 million in net worth, Rich Paul is now the fourth-highest earning NBA sports agent.

And if lead means completely take over, perfect. If not, this crossover experiment will fail.

It’s simple: for the agency to prosper, Bilbo needs to relinquish his clients to Paul and Klutch Sports.

Bilbo’s clients need Paul, the five-foot-eight man who stands out in a sea of six-foot-eight super-athletes and larger-than-life owners.

Paul is a ruthless contract and trade negotiator. He wiggled Anthony Davis out of New Orleans despite him having two years on his deal. Paul had LeBron sign a two-year contract leading up to the 2016 free agency salary cap boom.

Paul sparked the flames that blazed throughout multiple locker rooms, but his clientele largely escaped the fire of widespread criticism — their reputations having only suffered a few minor burns. Some here: goodbye to Anthony Davis, mister nice guy. Some there: hello to more “LeBron James runs the Lakers” tweets.

Most recently, it was not Paul’s cocksure attitude, but the actions of others that spoke loudest. The NCAA implemented a rule written against agents like him. In response, Paul penned an op-ed on The Athletic; the NCAA amended the rule six hours later.

If Paul’s track record is supposed to inspire hope, Damarius Bilbo’s crushes it.

In January, Bilbo deposited a marketing check made out to one of his clients, Browns wide receiver Jarvis Landry, into his own business account. Whether it was an accident — as Bilbo said it was — or not, the result was detrimental: a three-month fine, which extended over the free-agency period. In other words, Bilbo played no part in the Miami Dolphins’ Xavien Howard becoming the highest-paid cornerback in league history — and, ahem, it’s the Dolphins.

To be fair, Bilbo has had his bright spots. He compared Jarvis Landry to the games’ best wideouts — Antonio Brown, Julio Jones, Devante Adams — which led to the slot receiver becoming the third-highest paid active receiver — talk about speaking it into existence.

The matter of the fact is, though, that one is only as good as what they did last, and thus, Bilbo has failed Chargers running back, Melvin Gordon.

This sports columnist does not claim to be an expert nor does he have “sources.” The relationship between an agent and their client is confidential. The player could have the final say at the negotiating table. Maybe the agent does. Only they know.

This much is obvious: one of the main duties of a sports agent is to negotiate contracts for their clients. For that, at least, Bilbo has to be held accountable.

Back to Melvin Gordon’s hold out. It has lasted three weeks, as of this publication, but really, it should be over by now. The whole ordeal is getting a little absurd. It started rationally, though.

At first, Gordon holding out added up. Surely, he was worth more than the last year of his rookie scale, $5.6 million. And no doubt, the Chargers were planning on franchise-tagging him for the next two years. Which would make him 28 — when running backs historically begin their athletic decline — when he entered free agency again.

But then someone — cough, cough, Damarius Bilbo — got greedy.

About the last adjective, greedy: it is sparsely used to describe an agent whose client is a running back. Because running back’s careers, on average, have the shortest lifespan in the NFL. So, running backs want their money as soon as possible, for the highest amount possible. Totally fair.

Even still, greed describes this phenomenon. Greed is declining a $10 million salary, which, forget the guaranteed money or the length, would have made Gordon the sixth-highest paid active running back. Greed is turning around and asking for $13 million. Greed is demanding a trade after the Chargers declined.

Awareness — or lack thereof — is a factor, too.

Whether or not Melvin Gordon does end up earning a big contract is beside the point. Right now, he does not deserve a $13 million salary, much less the highest-paid contract in the league.

Maybe Bilbo knows something even the razor-sharp analysts don’t — greed is commonly mistaken for ambition.

“Melvin Gordon would be the highest-paid running back in the league if available,” a source close to Gordon told Fox Sports’ Marcellus Wiley.

To that, this sports columnist has nothing.

That Wiley back-tracked on his comments one month later in another segment of Speak for Yourself, well, speaks for itself.

Simply put, Bilbo is not Paul.

From the ashes of the Davis trade, Paul signed the number five pick by the Cleveland Cavaliers, Darius Garland, and Golden State Warriors power forward Draymond Green to Klutch Sports.

Paul needs to assume control of Revolution Sports Agency’s NFL clients, if not as a natural next step in his storied career, at least for Bilbo’s sake.