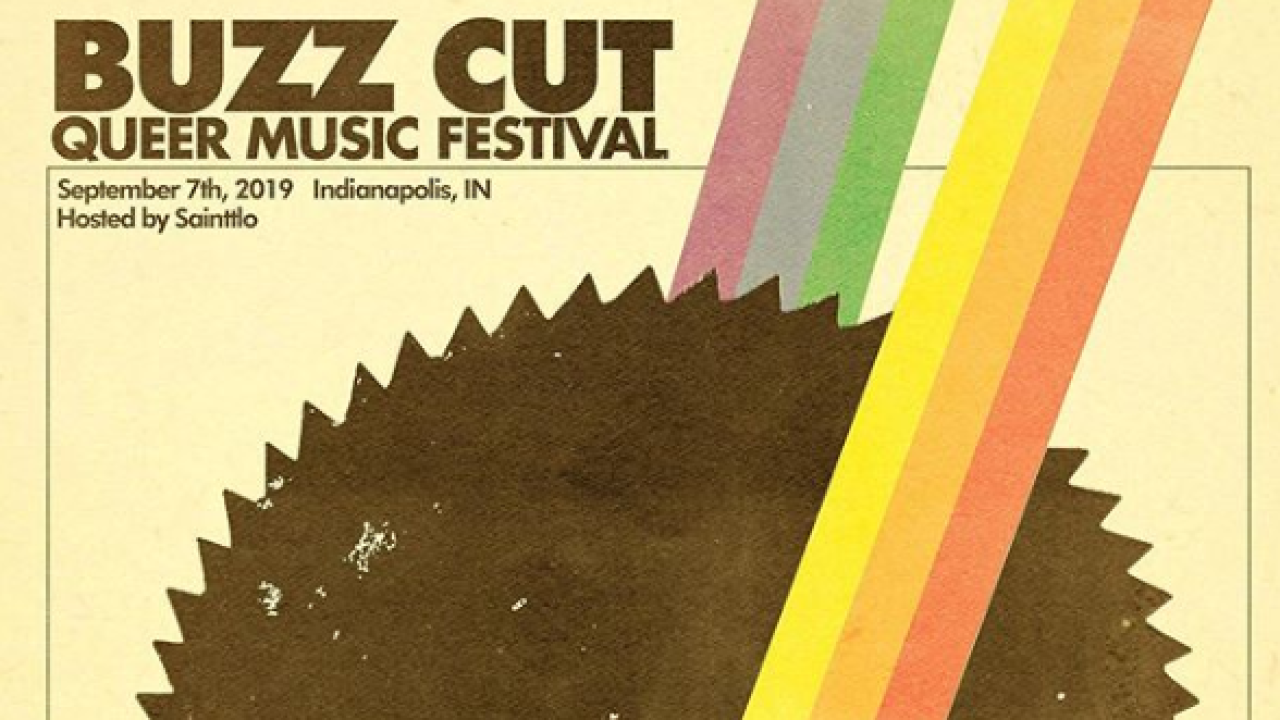 Indiana’s first all-queer music festival will premiere at the Pioneer bar in Fountain Square on Sept. 7. The festival, called BUZZ/cut, features 16 queer artists of various genres, with top headliners being CupcakKe, SSION and Shamir. All ticket sales proceeds will go towards Minor Sweat, an event for LGBTQ+ youth.

BUZZ/cut was created by Indianapolis-native Carrie Keel, who also organized the Low Pone queer dance party and Minor Sweat. Low Pone is a monthly event in Fountain Square that welcomed and celebrated the subversive side of drag, music, clothing, identities and more, but open to only those 21 and older.

After two years of increasing success with her events, Keel decided to pitch the idea of BUZZ/cut. In an interview with WFYI Indianapolis, Keel emphasized that this festival aims to bring music lovers together, regardless of identity.

“There’s so much amazing talent out there from all different scopes,” Keel said during the WFYI Indianapolis interview. “So if you are a fan of music, it doesn’t matter how you identify, this is definitely something to see.”

Although the venue for BUZZ/cut is less than 20 minutes from Butler University’s campus and all ages can attend, several members of the Butler community have little knowledge of the festival.

Sophomore Mackenzie McQueen is the treasurer of Butler Alliance, the university’s organization for LGBTQ+ students and their allies. McQueen was not aware that the festival existed until another Alliance member informed her.

“The only place I’ve even seen it advertised was on Facebook and [the BUZZ/cut] website, because when I searched it it didn’t show up on any news sites at all,” McQueen said.

McQueen said she believes there is lack of representation within Butler’s own queer community.

“It’s representation getting better, [especially with the new staff of the Diversity Center], but there’s kind of lack of representation,” McQueen said. “I feel like a lot of the diversity, equity and inclusion efforts on campus are directed towards race and religion and some of that could go towards the queer community too.”

Autumn Wobser, a second year student in the pre-pharmacy program, is also a member of Alliance who believes that Butler’s queer community could benefit from greater support from the university.

“We get a lot of problems from the higher-ups [Butler administration] because they kind of don’t want to advertise us or anything like that, and that’s kind of a problem,” Wobser said.

Ann Savage, professor of communications and media studies, was one of the leading faculty members responsible for the creation of the gender, women and sexuality studies major. Savage said the lack of knowledge of these events may relate to the lack of coverage.

“Marginalized groups tend to have less resources, so it’s hard for them to buy advertising time or to get that attention, so that’s part of the limits there,” Savage said. “Things that are focused on women, people of color and gays are perceived as a subgroup, or special interest group, and not the whole public would be interested.”

Savage believes the dominant political ideology of this state is another facet of the problem. Indiana counties vote overwhelmingly Republican, with Indianapolis being in one of the few counties that consistently vote Democrat. Historically, tensions have existed between the Republican Party in Indiana and the LGBTQ+ community due to a lack of inclusivity in legislature.

These tensions have reached heights in recent years, with the Indiana Senate first passing the Religious Freedom Restoration Act in 2015, and more recently a hate crime bill in 2019. Both pieces of legislature were criticized for failing to provide adequate protections for the LGBTQ+ community and more.

Savage remarked how this lack of diverse representation is present in all aspects of life, particularly in how events like BUZZ/cut receive little to no coverage.

“Whiteness and maleness is what’s most represented in media, so that trickles down to everywhere and how everyone thinks about everything,” Savage said.

Savage was not too familiar with the festival, though she’s excited that an event of such significance has come to Indiana.

“I’m not surprised it’s taken this long, but I’m thrilled and happy to see it there,” Savage said. “I think in Indianapolis there’s a good chance it’ll return.”

The BUZZ/cut Queer Music Fest will take place from 1-10 p.m. on Sept. 7. Admission is $20, and all ages and identities are welcome.