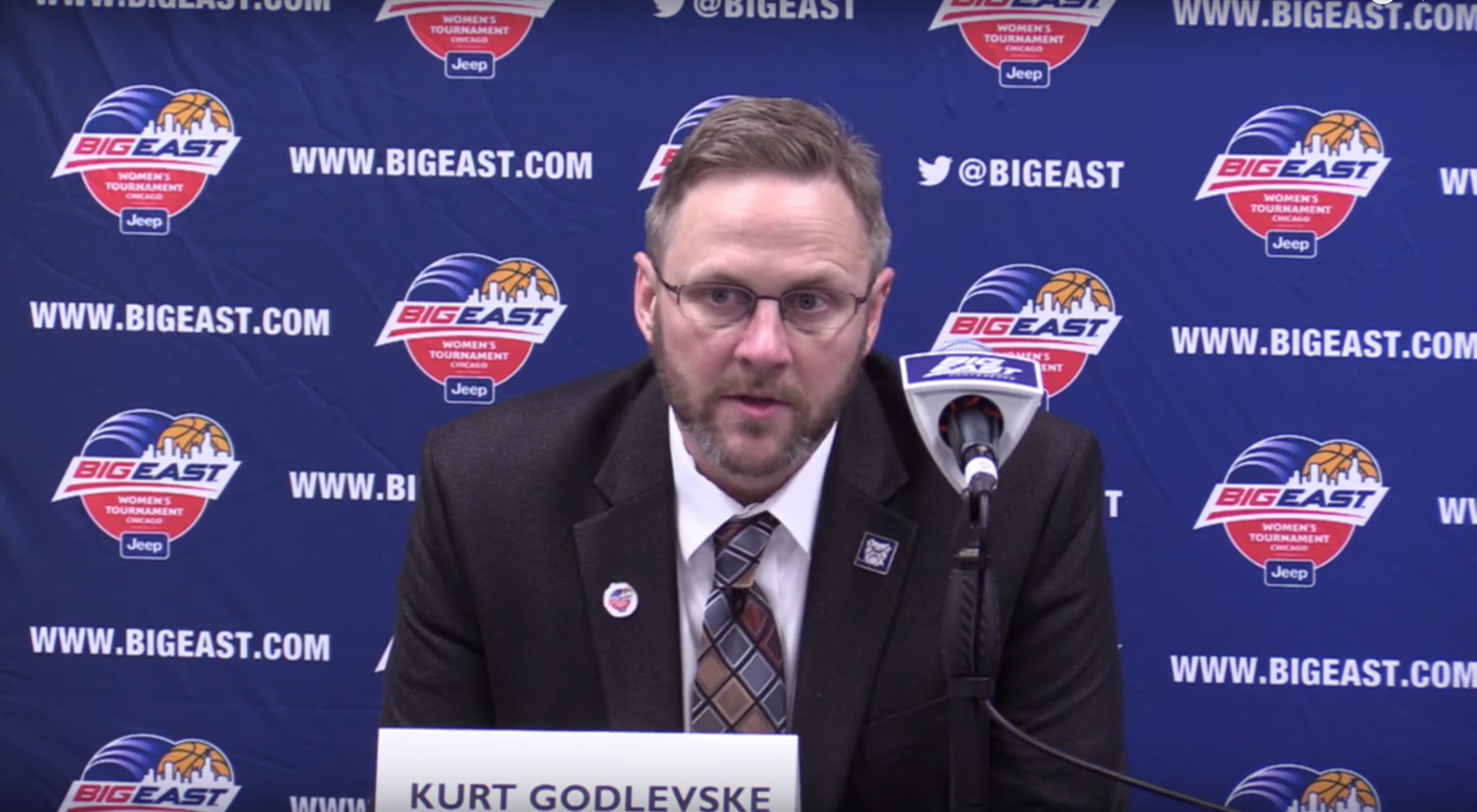 Following a 23-win season and a trip to the WNIT Sweet 16, Butler women’s basketball head coach Kurt Godlevske has agreed to a multi-year contract extension to remain with the program, Butler Vice President/Director of Athletics Barry Collier announced on July 22.

During the 2018-19 season Godlevske guided his team to a 23-10 overall record and 11-7 conference mark, both among the best in the program’s recent history.

Picked by coaches in the preseason to finish seventh in the conference, the Bulldogs trailed only Marquette and DePaul in the final conference standings, and Godlevske was named 2019 Big East Coach of the Year.

Butler defeated Northeastern and Kent State in the first two rounds of the WNIT postseason tournament before falling to Cincinnati in the third round.

“Our women’s basketball program took a large step on the court last season,” Collier said in a statement. “This contract extension showcases our belief that Kurt can continue to build our program to be competitive in the BIG EAST on an annual basis while also delivering a quality experience for our student-athletes.”

“I would like to thank Butler University President James Danko and Vice President/Director of Athletics Barry Collier for their confidence in me to lead our women’s basketball program,” Godlevske said in a statement. “Thank you to all of our Butler Athletic supporters including past and current players. I look forward to continuing to build our program both on and off the floor. It’s an honor to continue to serve you!”

The 2019-20 team will be without three of its top three scorers from a season ago, as Whitney Jennings, Tori Schickel and Michelle Weaver all graduated following this past season. Butler will return last year’s second-highest scorer, Kristen Spolyar, and add a number of new recruits for the upcoming season.