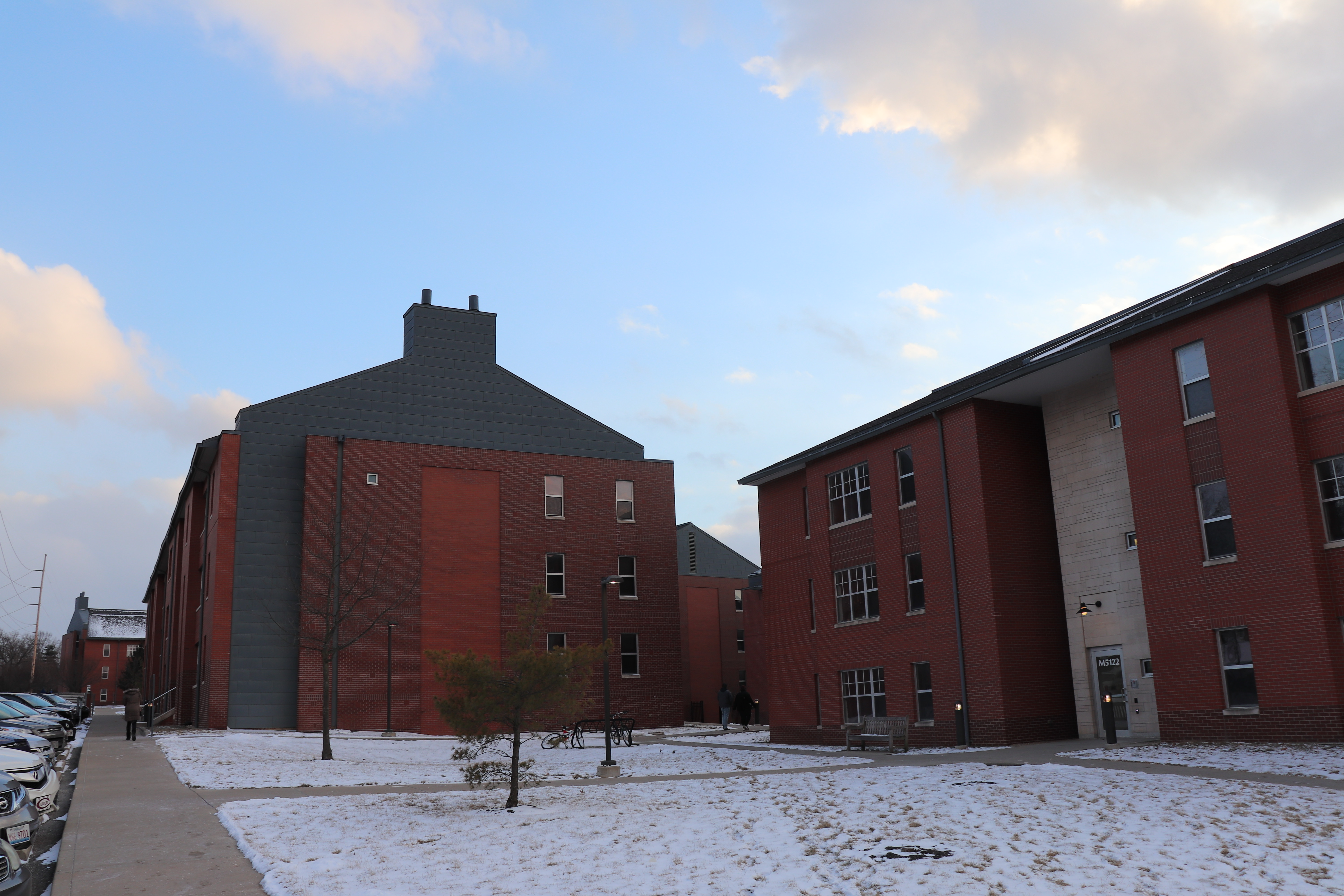 Rising juniors have always had preference for on-campus housing over rising seniors. Photo by Ben Caylor.

Residence Life emailed juniors on Feb. 22 with updates to on-campus housing which sparked concern among those planning to live on-campus for their senior year.

“There will be a limited number of units for students that have senior status and above,” the email read. “These will be considered on a first come first serve basis after rising junior students have selected housing for 2019-2020.”

Kathy Shellogg, interim executive director of student living and learning, said she received about 50 email responses from juniors with questions about who gets priority for on-campus housing.

Shellogg said the Residence Life staff did not think current juniors planning to live on-campus next year needed an email to clarify that sophomores will get preference in choosing housing.

“We thought ‘Oh, they’ll know,’” Shellogg said. “Well, they probably didn’t, and that’s where the miss came in.”

Morgan Buckley, a junior health sciences major, is planning on living with three other women in AV next year. Because of their financial situations, it is better for her and her roommates to live on-campus, Buckley said.

“There is that couple of students that need to live on-campus senior year and they didn’t even think about it and how drastically it was going to impact us,” Buckley said. “So that was just really frustrating.”

Will Locke, a junior marketing major, currently lives in AV. He and his three roommates all planned on living in their current apartment unit again as seniors next year.

“They let us know so late,” Locke said. “It was the end of February. Why are you letting us know this now? Why not during first semester or something?”

The vast majority of Butler’s senior class lives off-campus in surrounding houses. But a small number, usually between 110 to 175, lives on-campus for their senior year, Shellogg said.

Buckley said the email from Residence Lice was sent at 4:50 p.m. on a Friday afternoon, which meant the Office of Residence Life staff was not available until the following Monday morning. Shellog was out of office due to flight delays until Feb 26.

“We’re scrambling, because we don’t know where we’re going to live,” Buckley said. “We are really hoping for the best and hoping we can live in AV together but we don’t really know.”

“What we did hope was that students would have the weekend to think,” Shellogg said.

The rising senior class is one of the largest classes in Butler history. Based on data from prior years, Shellogg said she thinks only 130 to 140 seniors will want to live on campus, and she anticipates all students who apply to live on-campus for their senior year will be able to do so.

“Unless for some crazy reason we have over 200 students that are rising seniors want to live on-campus — we’ve never had that many,” Shellogg said.

The email on Feb. 22 did state one housing change: “Students will no longer have the ability to reclaim their current apartment space for the following academic year.”

Students will not be able to reclaim current apartments to allow for new furniture to be installed over the summer, Shellogg said. AV, UT and CTS apartments will be furnished by Butler for the first time starting June 1.

“We can’t reclaim our apartment for next year, which is the main thing that’s screwing us over,” Locke said. “It makes sense logically looking at it, but when you’re angry in the heat of the moment, it’s very frustrating.”

Butler students are required to live on-campus for three years. They are not guaranteed on-campus housing beyond that.

“Do we wait and risk it to live in AV or do we just sign a house preemptively and lose out on the very slight possibility that it might happen?” Buckley said.

One of Buckley’s concerns is about housing stipends from certain financial aid or scholarship packages that she and her roommates have that can only be applied to on-campus residences, even as seniors.

The Office of Financial Aid and Residence Life have worked together to identify those students who received housing stipends to ensure they are able to live on-campus.

“Obviously, anyone with a scholarship that says you have to live on-campus, we’re going to set that as a priority,” Shellogg said.

The new furniture plans also took longer than anticipated, which is why the email was sent out later than in past years, which had previously been sometime in January.

Those three apartment facilities will get new furniture such as coffee tables, chairs, TV stands and couches.

The installation of furniture is part of the reason for a change from 10-month to 9-month contracts for AV. In past years, there was no turnover time for campus facilities to properly deep-clean and repair apartments over the summer.

“This allows us to start fresh, turn the building over on time and make sure that our academic year residents who live here have what they expect when they come back,” Shellogg said.

BT will remain a “design your own” apartment complex, so Residence Life will not be putting furniture in BT units, and residents will have to bring their own furniture, as they have in past years.

Next academic year, students will only be able to live in on-campus apartments from August 1 to the day after commencement in May 2020.