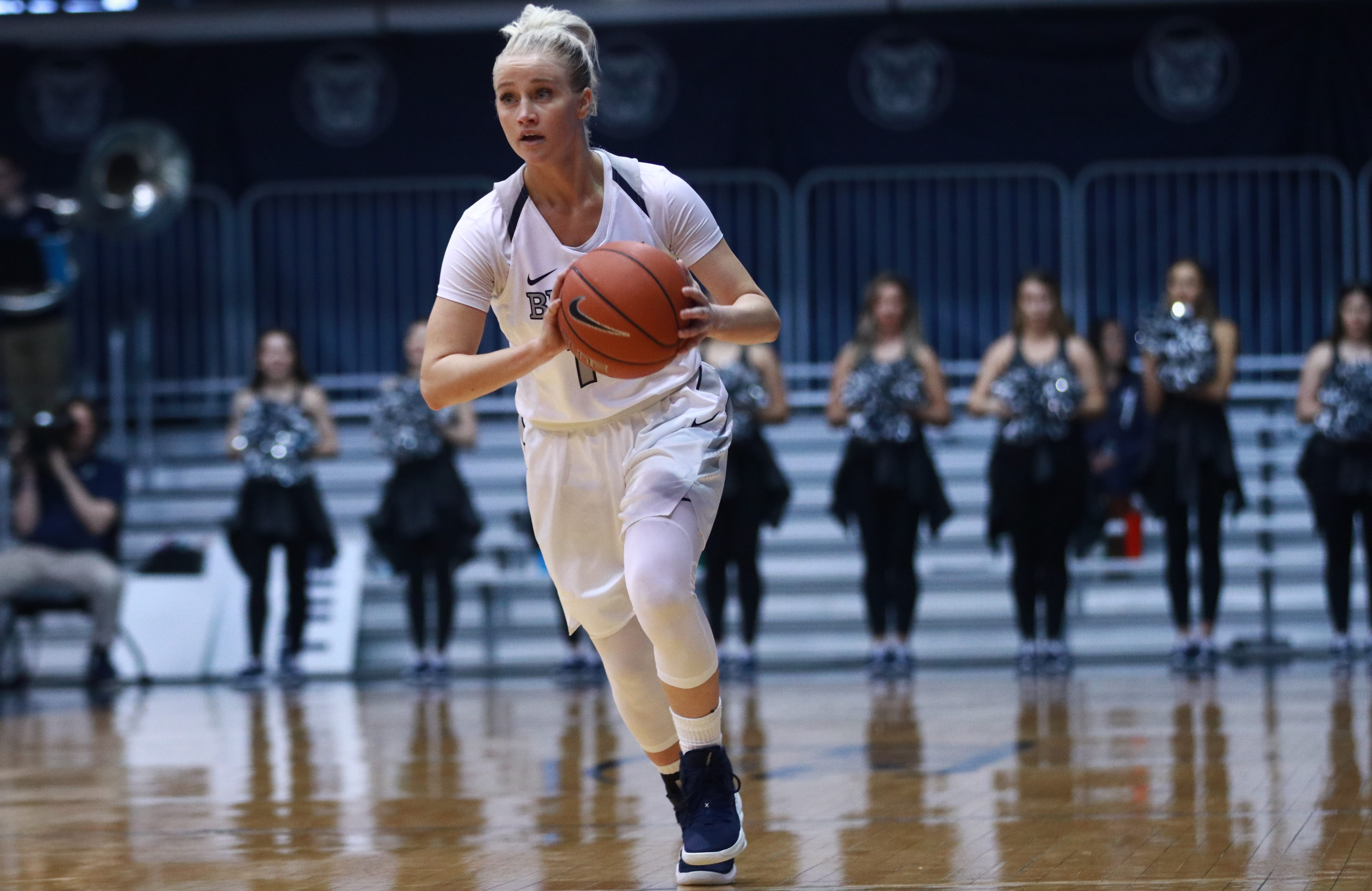 Whitney Jennings brings the ball down the court during a game this season. Jennings and the Butler women’s basketball team will play at Cincinnati in the third round of the WNIT on March 28. Jimmy Lafakis/Collegian file photo.

After ousting Kent State and Northeastern in the first two games of the Women’s National Invitational Tournament by an average margin of 17.5 points, the Butler women’s basketball team faces its toughest opponent to date, Cincinnati, in the Sweet 16.

Third in the AAC with a 12-4 conference record and a 23-10 overall record, the Bearcats field a dangerously versatile offensive attack.

Leading the pack is junior point guard Antoinette Miller, who leads the time with averages of 13.0 points and 5.3 assists. Her backcourt partner Sam Rodgers averages 8.9 points. The Bearcats have a strong presence on the bench, with senior Nikira Goings and junior Florence Sifa, who combine for 16.5 points a game.

Michelle Weaver — seventh in the country in steals with 3.34 per game — and Whitney Jennings will be tasked with stopping Miller, Rogers, and Goings, all of whom can stroke from 3-point territory — accounting for 93 percent of the Bearcats’ buckets from deep.

Like Butler, Cincinnati complements its outside attack with a strong inside game. Opposite Tori Schickel and Shae Brey will be sophomore forward Ilmar’i Thomas and junior forward Angel Rizor. The 2018 AAC Freshman of the year, Thomas averages 12.9 points, while Rizor scores 9.3 per game. The two forwards combine for 13.8 rebounds per game, or 36.5 percent of the team’s total.

While Cincinnati is strong on the offensive end, the Bearcats have a middle-of-the pack defense, allowing 60.1 points per game, sixth in the AAC. Jennings and Kristen Spolyar have both posted consecutive 20-plus point performances and will look to make it a third.

If the Bulldogs win, they advance to the WNIT Elite Eight, where they face the winner of the game between Arkansas and TCU.