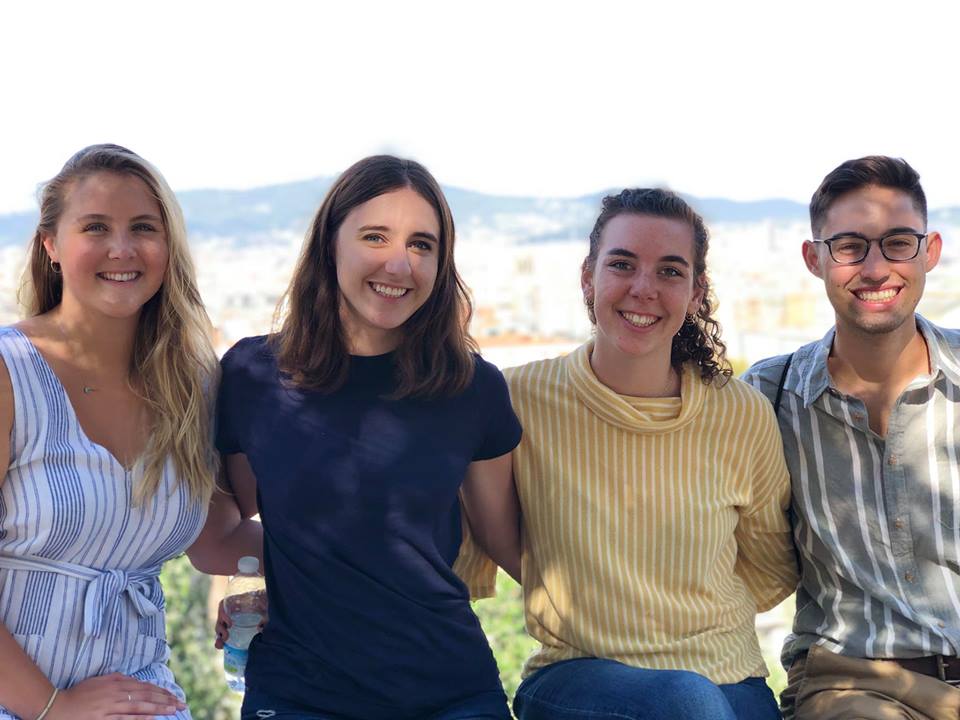 Every student has a different experience when returning to Butler after studying in a new country or city. Last Friday, the Center for Global Education held “Unpacking Your Study Abroad Experience” in the Center for Faith and Vocation blue house.

The event gave students a chance to talk about their time abroad and back on campus. Maria Gulan, a junior marketing and Spanish major, studied abroad in Alcalá de Henares, Spain, last semester, and she attended the event.

“The idea of it was to unpack your study abroad experience,” Gulan said. “We talked about coming back to campus after being away and reverse culture shock.”

Gulan said the hardest transition back from her time abroad in the Spanish immersion program was getting used to speaking English again.

“I would say little phrases in Spanish after coming back home,” Gulan said. “Now in grocery stores or if I’m lost I can ask for directions, which is different, because in Spain, it felt like I was always holding back.”

For Nick Trifelos, a junior international business major, the most difficult part of his transition was adjusting back to the quick pace of American life after studying abroad in Trieste, Italy.

“Being able to balance work life, social life and everything like that was a bit of a struggle coming from a culture where everything is very relaxed,” Trifelos said. “The attitude is ‘things will just fall into place.’”

Trifelos also said the event allowed him to reflect on the parts of his experience that were not the best.

“People shared a lot of memories,” Trifelos said. “Things that scared them, things that caused stress, things that they would have changed. It was really great to know that other people had real life problems while they were abroad as well.”

“It was very open and you could share all of your stories,” Paciga said. “Everyone was able to participate.”

Paciga also said it was nice to meet with other people who were abroad.

“Sometimes people get annoyed when people come back from being abroad and won’t stop talking about it,” Paciga said. “It’s nice to meet with other people who were abroad because you can just keep talking about your experiences and you realize how many things you have in common.”

Not all students spend a semester in a different country. Drew Soukup, a junior arts administration major, studied in Washington D.C. last semester. He had an internship at the Kennedy Center where he would work on artist negotiations and at night, meet the talent.

“It allowed me to do cool things like hang out with Jerry Seinfeld,” Soukup said. “My favorite part was after every day being able to take a walk down the Mall.”

Soukup said that his study abroad experience has inspired him to get off campus.

“I am more confident in leaving Butler and leaving that bubble,” Soukup said. “I am more prepared to move past college.”

The Center for Global Education will be holding an information session Feb. 11 in Jordan Hall 141 at 6 p.m. for students interested in learning more about opportunities to study abroad.