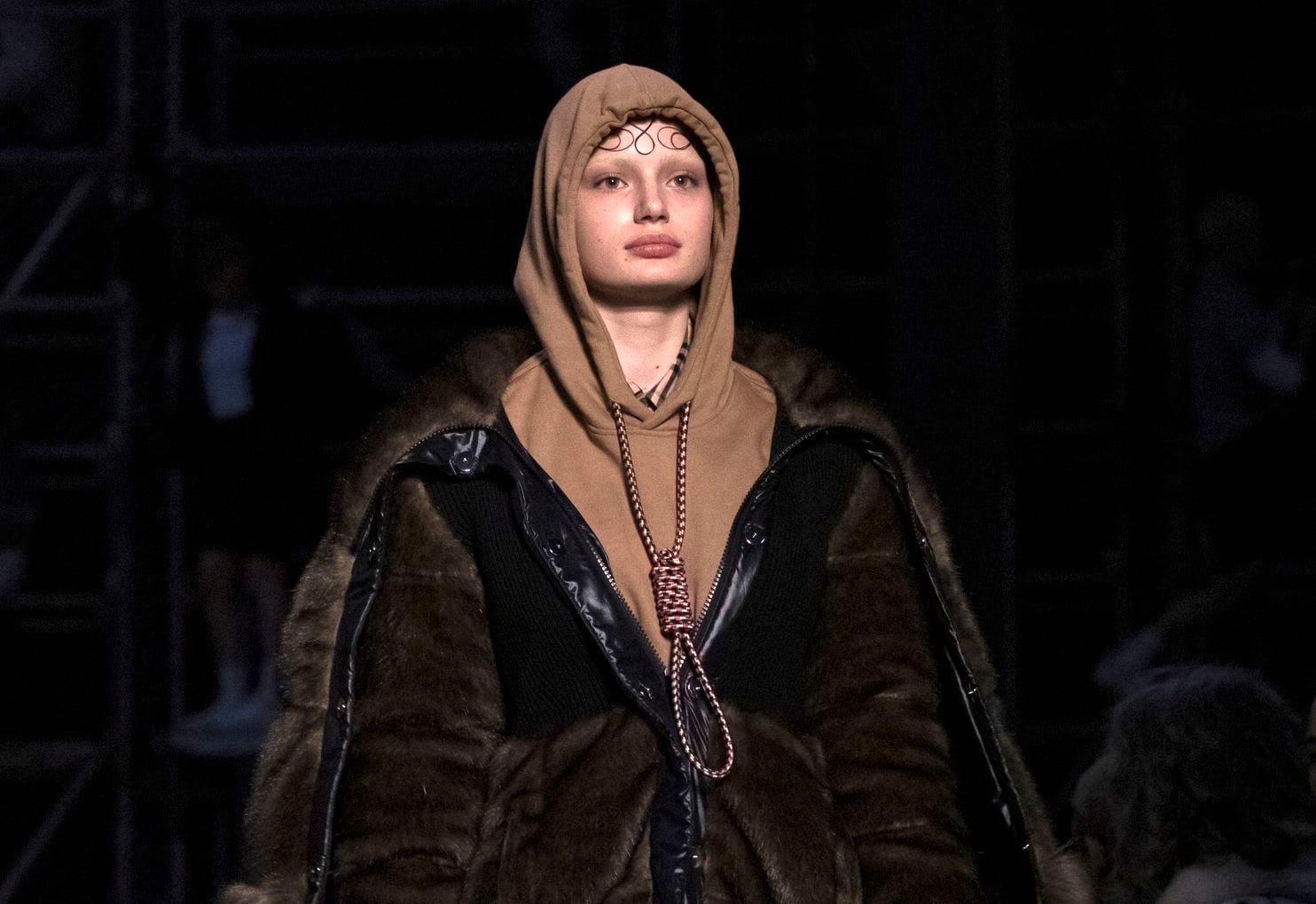 Burberry received massive backlash for a hoodie that looks like a noose. Photo courtesy of the Washington Post.

Fashion has always walked on a tightrope of controversy. This balancing act extends from the treatment and objectification of women to the many socio-political statements made. However, lately designers from the most exclusive and prestigious fashion houses in the world seem to have forgotten the lack of tolerance the public has for racist innuendos in 2019.

The role and purpose of fashion is to create wearable artistic expressions reflecting social norms and trends while also allowing individuals to be their most authentic and confident selves. Therefore designers and major fashion companies have a responsibility to understand the balance between pushing fashion boundaries, not offending or isolating groups of people, and anticipating the impact of major decisions.

Gucci, Prada and Burberry are just a few of the major brands who had racially offensive designs walk the runway and go to retail.  A particular misstep by Gucci was overlooked for an extended amount of time until it reached maximum clout on Twitter within the last couple of weeks.

A year ago, Gucci put an offensive jumper on their Milan catwalk and then sold it in stores last fall. The wool balaclava jumper was black with a cut-out mouth and red lips. When pulled up over the wearer’s face the jumper bore a disturbing resemblance to blackface.

Manali Patel is a senior entrepreneurship and innovation major who recently launched her own brand, No Rivals. As an Indian-American entrepreneur on campus she was shocked when she first saw the Gucci design.

“Fashion is a form of expression, but this is just wrong,” Patel said.

She emphasized that when it comes to fashion, it’s not only about creative expression, but also staying in business. That means giving consumers products that “takes everyone’s interests into account.”

“Big brands like that should be looking at the general audience and see what is appealing,” Patel said. “And this isn’t it.”

In December, the Pradamalia line of products was debuted and Prada described it as “a new family of mysterious tiny creatures that are one part biological, one part technological, all parts Prada,” according to their website. The figure was one of seven characters developed by the fashion house.

The products were eventually pulled after one of the characters prompted outrage and accusations that they depicted racist caricatures of black people with similar allusions to offensive primate comparisons.

Lastly, just last week Burberry had to apologize for debuting a noose-laced hoodie on the runway during London Fashion Week.

Liz Kennedy, a model, posted a photograph of the hoodie on Instagram with a long message directed at Burberry and Riccardo Tisci. She explained why she left her fitting bothered by the design’s issues.

“Suicide is not fashion. It is not glamorous nor edgy,” she wrote. “Riccardo Tisci and everyone at Burberry it is beyond me how you could let a look resembling a noose hanging from a neck out on the runway.”

Kennedy, who was part of the Burberry show but did not model the hoodie, added: “Let’s not forget about the horrifying history of lynching either.”

All of the the fashion houses issued apologies for their actions, but at what point is overt insensitivity and blatant ignorance going to stop being as an excuse in 2019? These offensive mistakes should be avoided by continuing to diversify design teams and allowing voices that are often silenced be heard.

Patel said she believes the blame has less to do with ignorance and more to do with the designer’s intentions.

“I don’t think its a research issue, it’s a designer issue,” she said. “What if someone lower down in the company had already said something and they just said, ‘whatever.’”

The fashion industry needs to internalize and integrate a culture in which calling a really bad design wrong is OK. That includes having a good internal structure where criticism is encouraged. The tolerance for indecency is limited in today’s social climate. Excuses, apology letters and a brand new design can’t continue to be the solution to PR nightmares.

Nadia Issa, a first-year economics and finance double major created her own fashion line and is a social media influencer. She’s originally from Niger. Because she was born and raised outside of the U.S her knowledge was limited specifically when discussing blackface. When shown images of the Gucci sweater Issa was appalled.

“I respect these brands, but it now feels like the respect I have for them is one-sided,” Issa said. “I’m insulted by the fact that they are exploiting what makes me, me. I feel devalued.”

Issa had not known of the recent controversies with the major fashion houses, nor had she seen images of any of the clothing that walked the runway or was sold in retail.

“Where I came from I never faced racism, and I never tried to make some feel inferior for being who they are.” Issa said. “Now I live in a country where the first thing you see now is your color, and it’s so disappointing.”

And yet, despite not knowing little to nothing about either topic, her response authentically reflects what is wrong with all of the products produced by these brands.

“After seeing these images I do not like these companies nearly as much as I used to as of right now,” Issa said.

Gucci, don’t make a black turtleneck and put giant red lips on it without first thinking, “wow, this could actually offend someone.” Even if blackface didn’t exist, it was just plain ugly. Let’s try again.

According to Riccardo Tisci,  the creative director of Burberry, the noose-themed hoodie was “inspired by a nautical theme.” That does not need to mean putting a noose around a model’s neck. There are so many other knots to choose from. If you use our good friend Google and search “nautical knots” you’ll find much better options for next year. Burberry, do better.

Prada, you had no issue making a dog blue and green, I’m pretty sure you could have found another color for your monkey-esque toy than black and dark brown. And to be frank, even if I had the money, I’m not paying hundreds of dollars for a toy or keychain that looks like a child drew it while at day-care. Prada, thanks, but no thanks.

I would love to one day own my own pair of Gucci slides or maybe treat myself to a Burberry trench coat, but what I would love more is for these companies to wake up. They need to understand what’s right and wrong when it comes to race and fashion.

In 2007, the late Karl Lagerfeld said that “the most important piece in the house is the garbage can.” Honestly, those are underratedly wise words. Whether it’s my house or a multi-million dollar fashion house, bad decisions need to go straight to the trash. Whether the offenses are intentional or not is beside the point.

The idea of taking anything and “making it fashion” is often used as a ploy for laziness or reinventing the wheel. I would much rather have a house not present a show at Fashion Week than watch a model come down the runway in attire that is clearly inappropriate and demeaning for any viewer.

The role of fashion’s impact on society should have designers and brands thinking about continuing to stretch and bend fashionable boundaries without crossing into insensitivity. People often dismiss fashion as something purely commercial and short-lived. When brands make fashion “no-no’s” as egregious as these, in the end they misrepresent themselves and their consumer base. But, like all art, it reflects the times we live in. It is not simply fashion that has a problem with racism, but society as a whole.