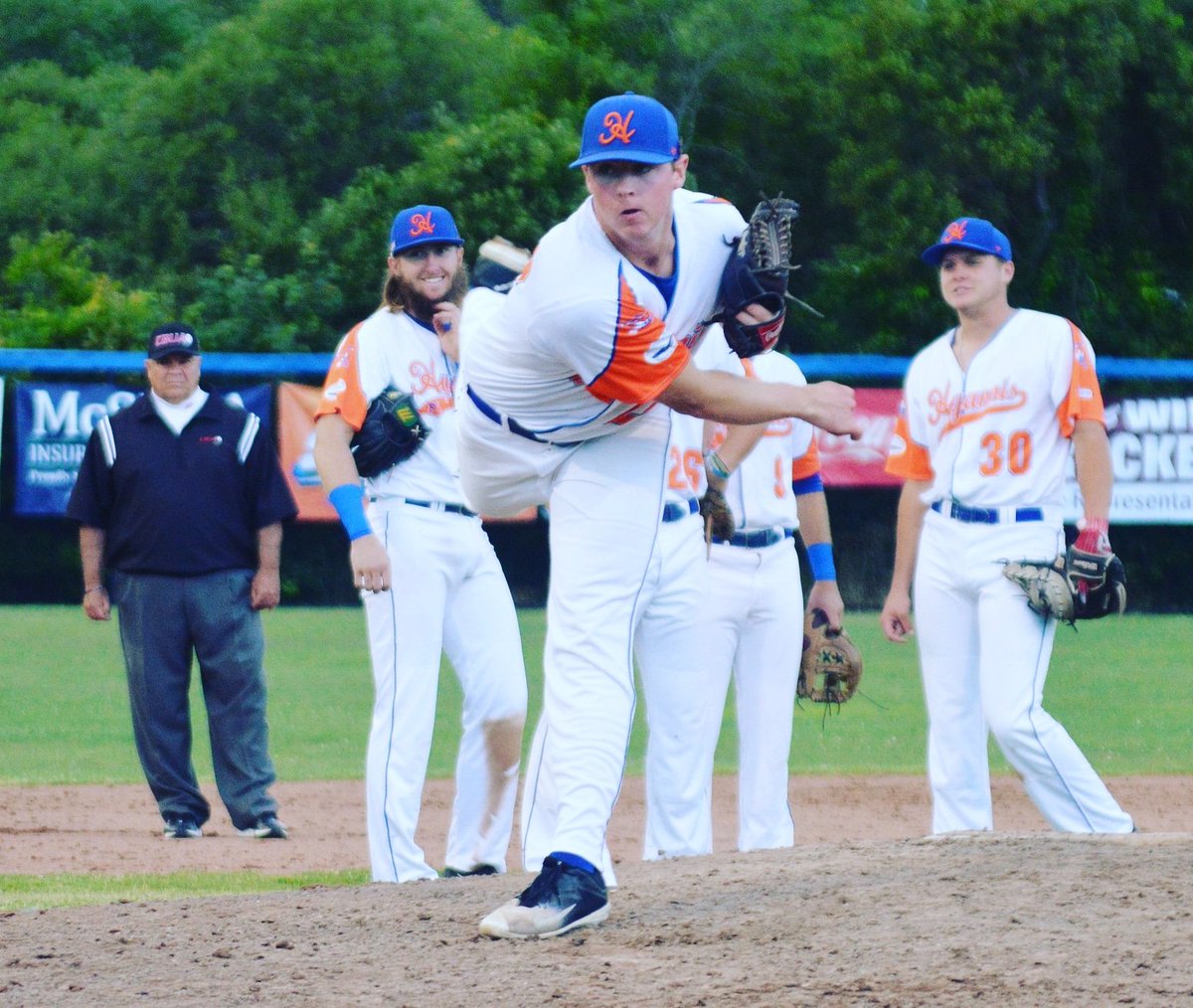 Pepiot pitches in the Cape Cod League. The junior earned Pitcher of the Week honors in Cape Cod. Photo courtesy of Lili Poulsen.

Cape Cod, Massachusetts isn’t just known for its picturesque beaches and steaming lobster rolls. It is also home to one of the best collegiate baseball leagues in the world. The best of the best flock there every summer in hopes to compete against the top 1 percent and to capture the attention of pro scouts. Butler pitcher Ryan Pepiot left his mark there this summer.

“I went out there with an open mind, saying just go out there and be yourself, and I ended up having the summer of my life,” Pepiot said.

This past winter, Butler baseball head coach Dave Schrage referred Pepiot to the head coach of the Hyannis Harbor Hawks, Chad Gassman. The two have been acquaintances since Schrage’s time as head coach at Northern Illinois. At the time, Gassman’s team was searching for freshmen and sophomores.

“When Dave tells you someone is good, you don’t question it.” Gassman said.

Pepiot was coming off a sophomore season in which he posted a 6-0 record for Butler with a 2.62 ERA and was an all-conference selection to go along with it.

The Harbor Hawks and Pepiot agreed to a temporary contract, meaning he would have to play his way onto the team permanently. Pepiot reported to Hyannis, Massachusetts, on June 6, about a week after the Bulldogs fell to Seton Hall in the semifinals of the Big East Tournament.

Hyannis local Dan Johnson, the vice president of the Harbor Hawks, and his two daughters hosted Ryan for the summer.

“Ryan is an even better human being then he is baseball player and he’s a damn good ball player,” Johnson said.

Pepiot sees a lifelong friendship with the Johnson family.

“They were amazing, I would talk with them and hangout with them every day,” Pepiot said. “I still talk to them everyday. I’m definitely going to have a future relationship with them.”

Pepiot made his first appearance out of the bullpen a few days later arriving, an unfamiliar role for the two-year starter at Butler. The stands were packed with major league scouts, general managers and advisors.

“The first time I pitched, I remember seeing radar guns everywhere,” Pepiot said. “I remembered thinking, ‘Don’t screw up now because you got 15 scouts watching you.’”

He got lit up. Pepiot allowed four runs on five hits in 2.1 innings of work.

“I felt like every ball I threw out there was zooming past my face, it was like I was throwing a beach ball up there,” he said. “I went home that night and said, ‘wow this sucks, this is going to be a long summer.’”

That was rock bottom. He approached his coaches at Hyannis and Butler. They reassured him that he belonged in the Cape and told him to just have fun.

“The person that you are and the pitcher you are is good enough to compete up there,” Schrage told him. “Try not to be somebody else.”

Pepiot only allowed two runs in his next eight appearances, which earned him Coca-Cola Pitcher of the Week in a league flooded with future first-round draft picks. He signed a summer-long contract shortly after.

“Some guys can take time to adjusting from starter to the bullpen,” Gassman said. “Ryan has wipeout stuff, and I like him better as a setup guy in the 7th and 8th inning.”

Pepiot finished the regular season with a 3-0 record and registered 33 strikeouts in only 22 innings of work. He also got the nod to start their first playoff game. Pepiot allowed two earned runs over 5.1 innings of work and struck out eight batters. The Harbor Hawks fell by a score of 2-1.

The season was over, but the exposure Pepiot got was like no other. Teams like the New York Yankees, Cincinnati Reds and Seattle Mariners all expressed interest in his talents. Pepiot boosted his draft stock this summer and could potentially hear his name next Major League Baseball draft in June 2019.

He would often go to the beach, deep sea fishing and hang out with teammates and host family. The combination of fun and sheer dominance of some of the best players in the world led to an unforgettable summer.

“Going out there was like a vacation every day but getting to play baseball every night,” Pepiot said.

Pepiot has been on a steady trend of improvement since he first became a Bulldog. He lowered his ERA from 4.39 as a freshman to 2.62 his sophomore season.

“The past few years I’ve grown as a pitcher, I just see that continuing, I don’t want that to stop,” Pepiot said. “I’m going to continue to work hard as I possibly can and improve.”