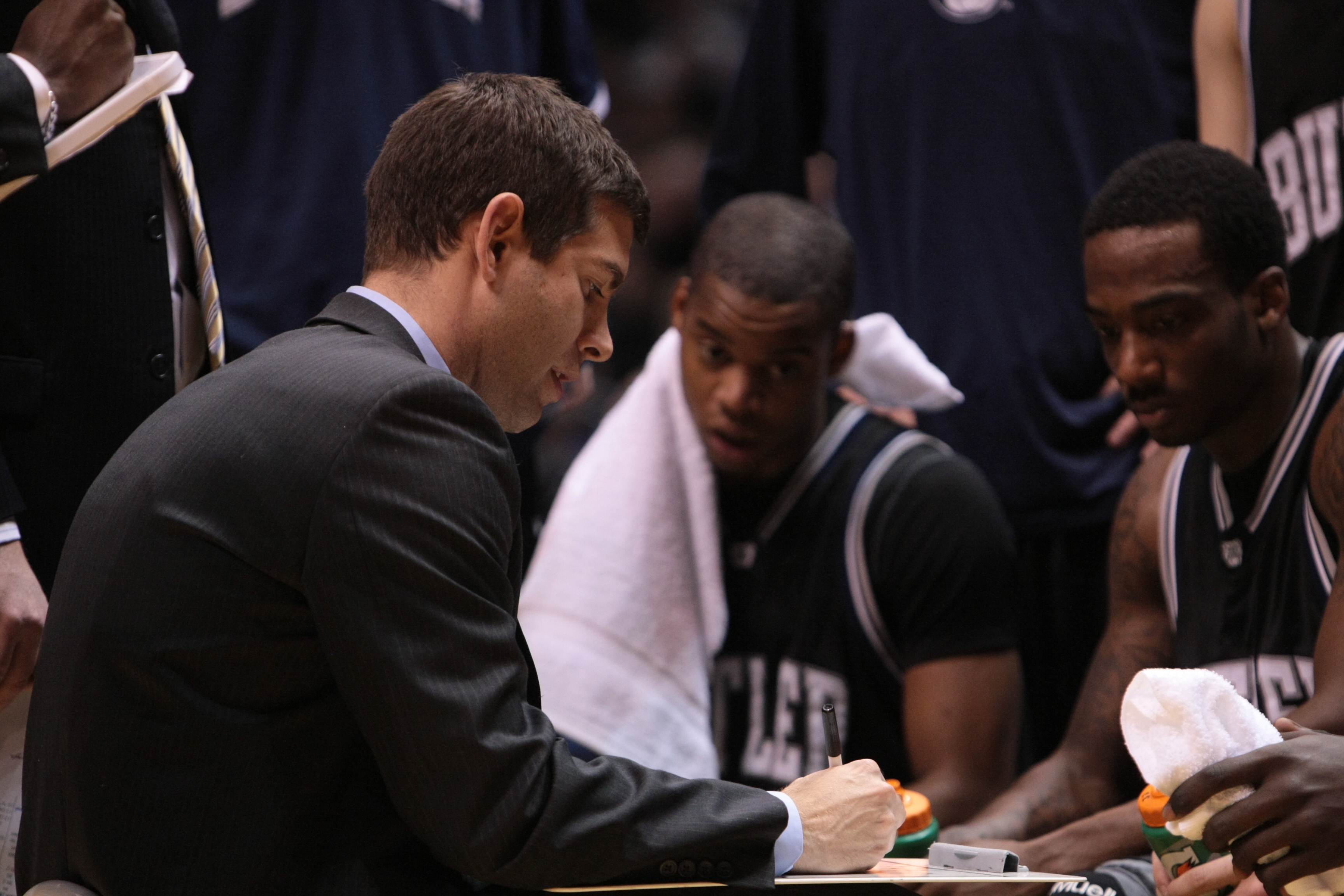 Head coach Brad Stevens makes an in-game adjustment while his team leans in during a time out. Stevens led Butler to the 2010 national championship before falling to Duke, 61-59. Collegian file photo.

The Butler men’s basketball team came inches short of winning the national championship in 2010, as Gordon Hayward’s half-court shot bounced off the rim in the final seconds. Led by head coach Brad Stevens, the Bulldogs were 34-5 overall and a perfect 18-0 in Horizon League play. Butler won 27 straight games before falling to Duke in the title game. This interactive map shows what the players and coaches from that team are doing now.