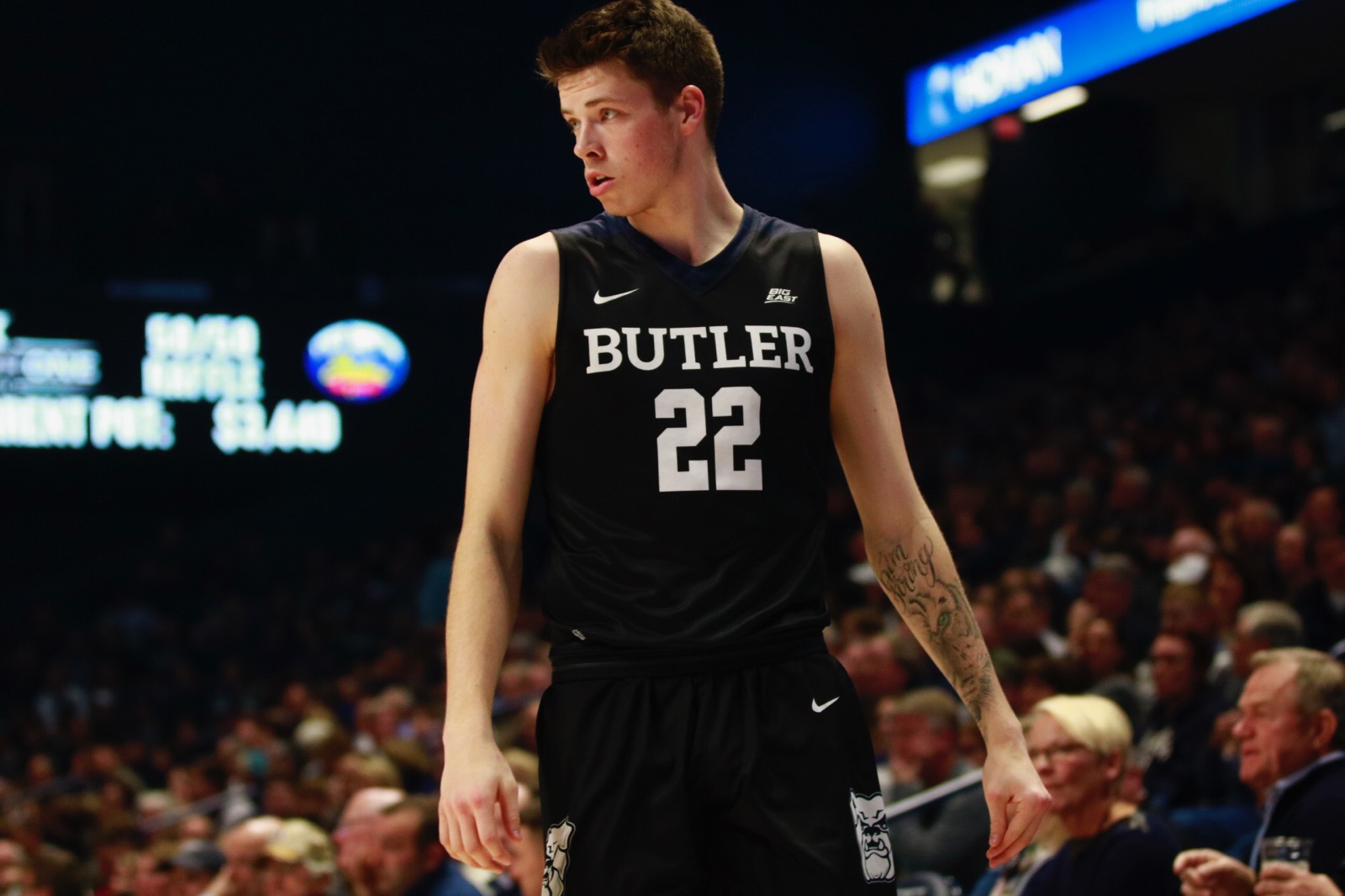 Sean McDermott studies the court during Butler’s loss to Xavier. McDermott led the team in rebounds with 11. Photo by Jimmy Lafakis.

Ok, sure it wasn’t the score Butler fans were hoping for. Butler and Xavier are rivals, and nobody forgets that. Because of that, Bulldogs had fun on social media tonight roasting the No. 5 team in the country, and more specifically JP Macura.

Who has never been to a Final Four?

You have never been to a Final Four! pic.twitter.com/jUM6cG7VWk

Raise your hand if you hate Xavier: #Dawgs pic.twitter.com/ji2kuuQszj

If Logan Paul was a college basketball team, he’d be Xavier.

Yeah we lost to Xavier but at least our two best players don’t have mugshots #GoDawgs pic.twitter.com/How6INJyZO

JP Macura has the most punchable face in the NCAA

Tell us how you really feel.

Oh we remember that.

If you are looking for the world’s most annoying human being, he’s about four feet behind me and four beers in at this Butler-Xavier game.

When they say you have to keep your pants on pic.twitter.com/S93dX7Xu2v

This guy is dedicated.

2am in Athens , Butler – Xavier! #TunedIn

Never like losing to X, but I’ll happily take a 2-1 start in the Big East; especially with the schedule Butler has had so far.

If Matt believes it, it must be true.

For not making any 3s and getting to the line 20 less times, a pretty impressive effort to have a fighting chance down the stretch. https://t.co/2e9SAeMHbF

Gritty not pretty, that’s the motto.

Look at the stat line, 10 more fouls and almost 30 fewer free throws than Xavier but Butler still made it a game #grittynotpretty

Xavier: where the players are more likely to be arrested than make a Final Four.

Haha, JP Macura has no brain.

Anyone that says they don’t want to deliver a fist right between the eyes is a liar https://t.co/qgnAwItb2k