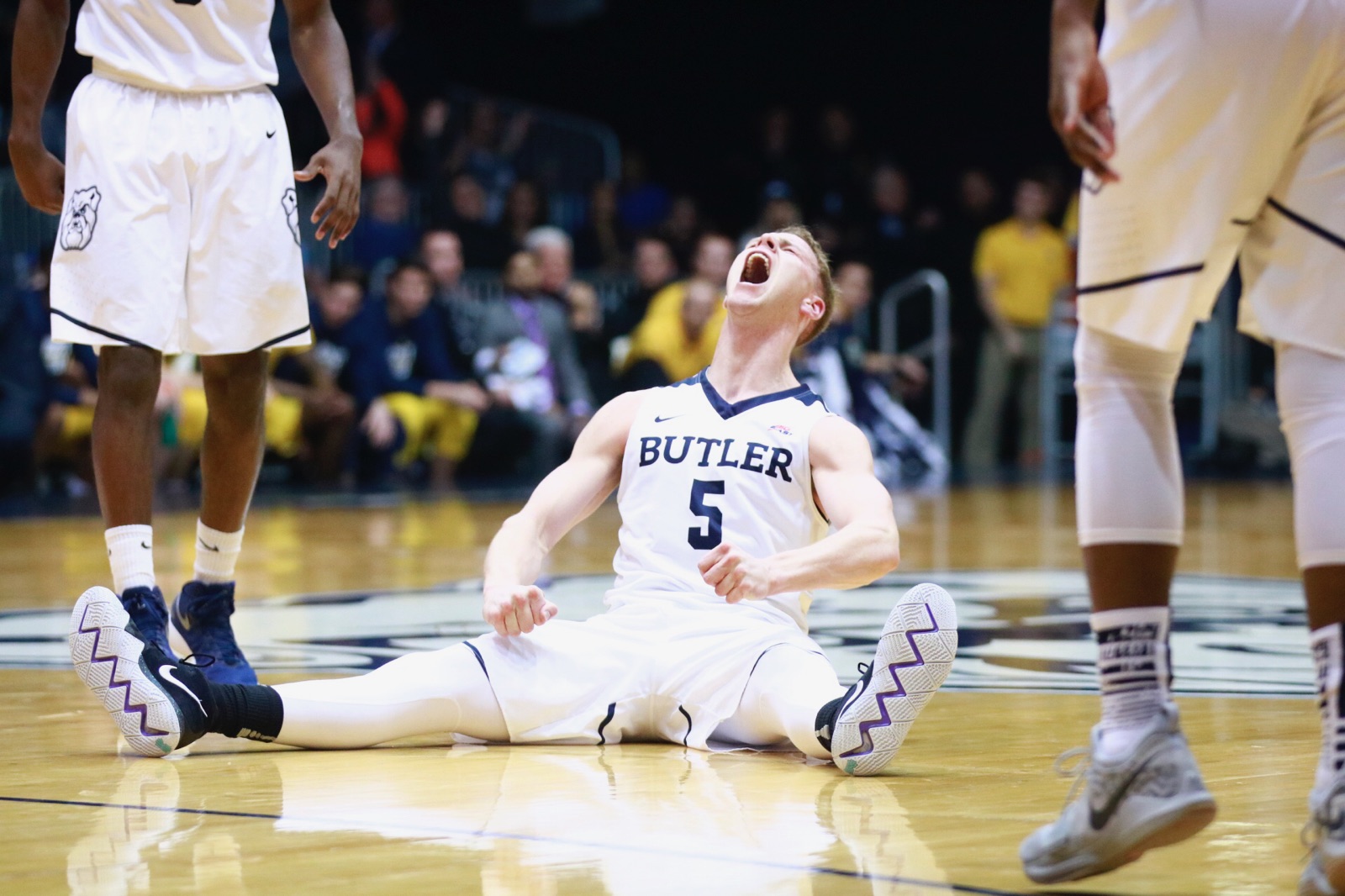 Paul Jorgensen celebrates during the Butler game against Marquette. Jorgensen scored 10 points in the 94-83 victory. Photo by Jimmy Lafakis.

Butler ended its three game losing streak with a win over Marquette. The win came as Kelan Martin had a career game with 37 points. The fans inside and outside Hinkle loved the performance, and we captured their love of Butler, and specifically Kelan, on Twitter during the game.

I see your Sam Hauser and I raise you a Kelan Martin #Butler https://t.co/vpTVAq4wq3

That game got us all jacked up.

Can I have the dogs instead of the lemonade?

Talk about a flop…

Our reaction to Kelan’s game.

Kelan Martin vomited the ball toward basket, and got the roll.#Butler

Such a good feeling.

The stress came back during the second half.

Not sure I’ve ever been quite this entertained while drinking vodka tonics alone on my couch, so thank you

Oh yeah, Kamar had a good game, too.

Maybe they should study how to beat Butler.