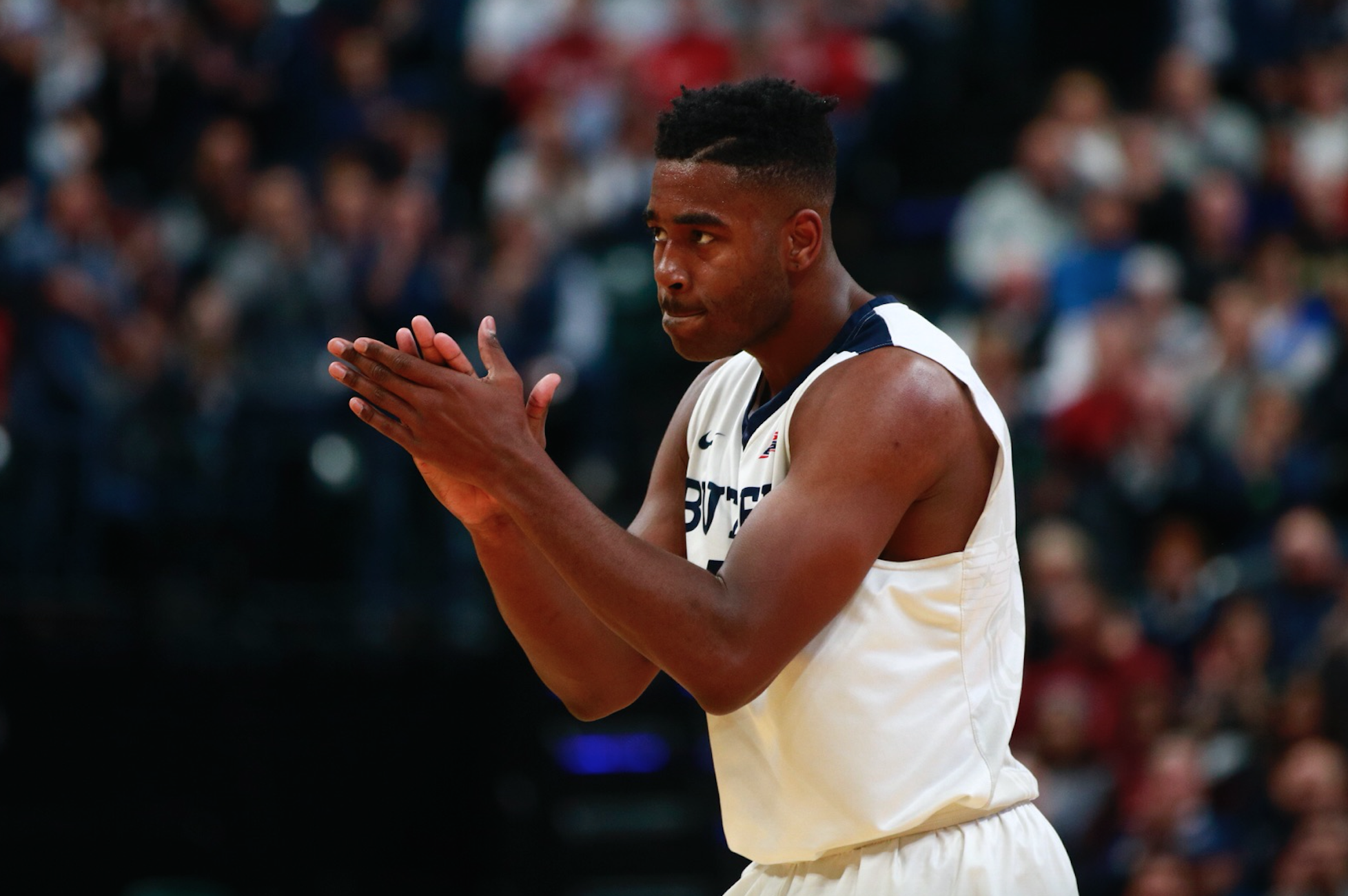 Kelan Martin and the team will face No. 1 Villanova on Dec. 30. The last time the two teams met in Hinkle, Butler topped the top team in the country in an upset. Collegian file photo.

Who: Butler vs. Villanova

How to Watch: CBS

After a road win at Georgetown to open conference play, the Butler men’s basketball team turns to the toughest stretch of their schedule. Four games, four top 25 teams, top four teams in the Big East. They begin with the number one team in the country, the Villanova Wildcats.

The Wildcats enter Saturday’s matchup 13-0 with wins over Gonzaga and Tennessee. Last year, the Bulldogs got the best of Villanova in both of their conference matchups. The last time the Wildcats came to Hinkle? They were No. 1 in the country. The stage is set again.

Jalen. Brunson. And the rest of the Villanova offense…

Quite simply, if the Bulldogs want to win this game they must slow Villanova’s star point guard. He does everything right. He shoots 60 percent from the field, over 50 percent from deep, and has an assists to turnover ratio of 3.9. As of right now, Brunson can be Big East Player of the Year and has a case to be in the conversation for National Player of the Year. He’s one of the best guards in the country and will be the player to slow down first if the Bulldogs look to pull off an upset. Disciplined defense from Butler’s guards and making him earn every single one of his points will be crucial. If Butler finds a way to stop Brunson, they will meet several more weapons. Big man Omari Spellman is back after his year of academic ineligibility. He’s averaging 12 points and eight boards. Mikal Bridges is having a coming out party averaging 17 points and five boards for the Cats. The Wildcats have a surplus of weapons on the offensive end, but Brunson is the battery.

The Bulldogs have been bad in the first half all season. Every power five team Butler faced this year jumped on them early. Fortunately, Butler came back in three of those six games. But Villanova is not your average college basketball team. Jay Wright is not going to let his team blow a double digit second half lead. It’s highly unlikely the Bulldogs will be able to pull of a second half run similar to the run they had against Georgetown. A good start is huge.

Props to head coach LaVall Jordan for putting Butler in a zone against Georgetown. The Hoyas struggled mightily from deep and the zone took away their biggest threat. Unfortunately, Villanova doesn’t offer the luxury of bad 3-point shooting. They shoot over 40 percent as a team and are closer to 50 percent recently. The 3-point line has been a problem for Butler on both ends of the floor. It just can’t be against the Wildcats. If Butler only gets three 3’s like they did against Georgetown, that’s definitely not going to cut it.

First-team All-Big East, potential Big East Players of the Year, and five star recruits will be all over the floor. But yes, this is an important matchup. DiVincenzo and Jorgensen are the X-factors for these teams. Both play with high energy, both are streaky at times, and both have swagger. These teams are better when these two guys are at their highest levels. Obviously if Butler wants to win the key pieces have to be great, but it’s big games from the guys like Jorgensen that might get Butler over the hump.