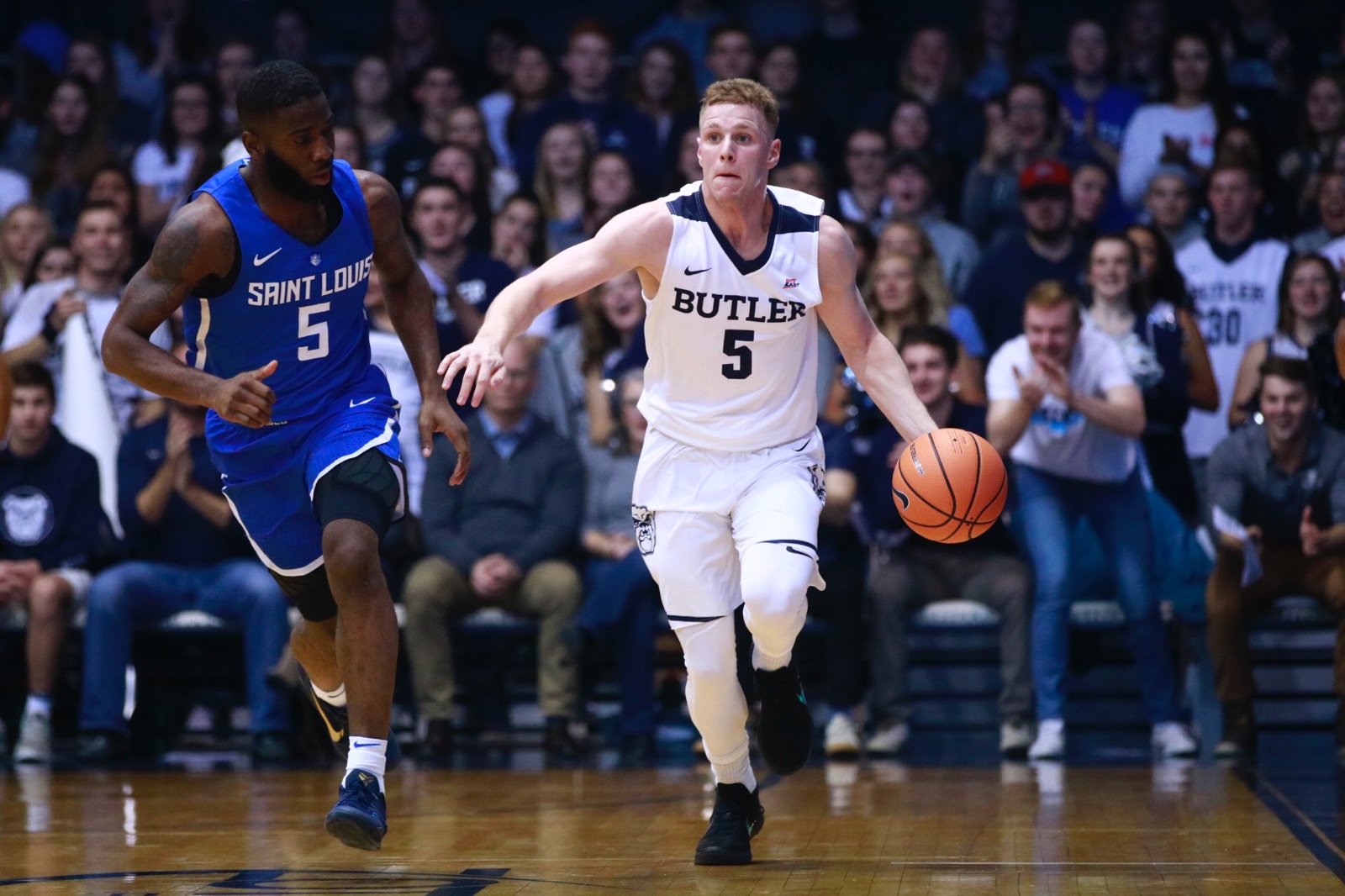 The Butler men’s basketball team returned to Hinkle Fieldhouse with a bang, defeating Saint Louis, 75-45. The Bulldogs were able to build off their comeback win over Ohio State, putting together their most complete performance of the season. Here are three takeaways.

1. There was absolutely no PK80 hangover.

After a game as emotional as the Ohio State one was, teams sometimes struggle to get going the next time they take the court. Butler had no such problem. The Bulldogs scored the first eight points and never looked back. Defensively, they absolutely suffocated Saint Louis, holding the Billikens without a field goal for the first 12:27 of the game. When the first half ended, Saint Louis had as many turnovers as points (13), and Butler was up by 29.

Give Butler credit for playing with intensity from the opening tip. This was a game they should win comfortably, but they didn’t take it for granted one bit. There were clear improvements, especially offensively. Butler’s 11 assists in the first half were one shy of their season average through the first seven games. It looks as if that win over the Buckeyes might be a turning point in the season.

2. Three-point offense and defense were vastly improved, but it can’t be a one-game thing.

Coming into the game, Butler ranked 345th out of 351 teams in three-point field goal defense. You wouldn’t have known it watching this game. Saint Louis didn’t connect on a single three-pointer in the first half and went 4-for-19 from deep on the day. On the flip side, Butler, shooting 29 percent from three on the season, knocked down 46 percent of its three-point tries in the first half.

Saint Louis isn’t a good three-point shooting team, so take this defensive performance with a grain of salt. However, it’s a great sign for a team that has struggled mightily defending the perimeter all season. The question moving forward is whether there has been actual improvement or if this was simply an aberration.

3. Kamar Baldwin and Kelan Martin had really efficient games, something that hasn’t happened so far this season.

Both Baldwin and Martin entered the game shooting under 40 percent from the field. Against the Billikens, they combined to go 12-for-22. Again, it’s one game, at home, with a bad opponent. That being said, basketball is a streaky sport and Martin is an especially streaky shooter. Maybe this game is what the duo needed to break out of their early season shooting slumps.

They’re not going to shoot 55 percent every game, but if Baldwin and Martin can get to 45, or even 43 percent from the field, Butler is a much better team. Teams have focused in on the Bulldogs’ two leading scorers this season, making easy shots harder to come by. For this Butler team to reach its full potential, Baldwin and Martin will have to carry the load offensively. With Big East play less than a month away, the solid outing from Butler’s two stars came at a good time.