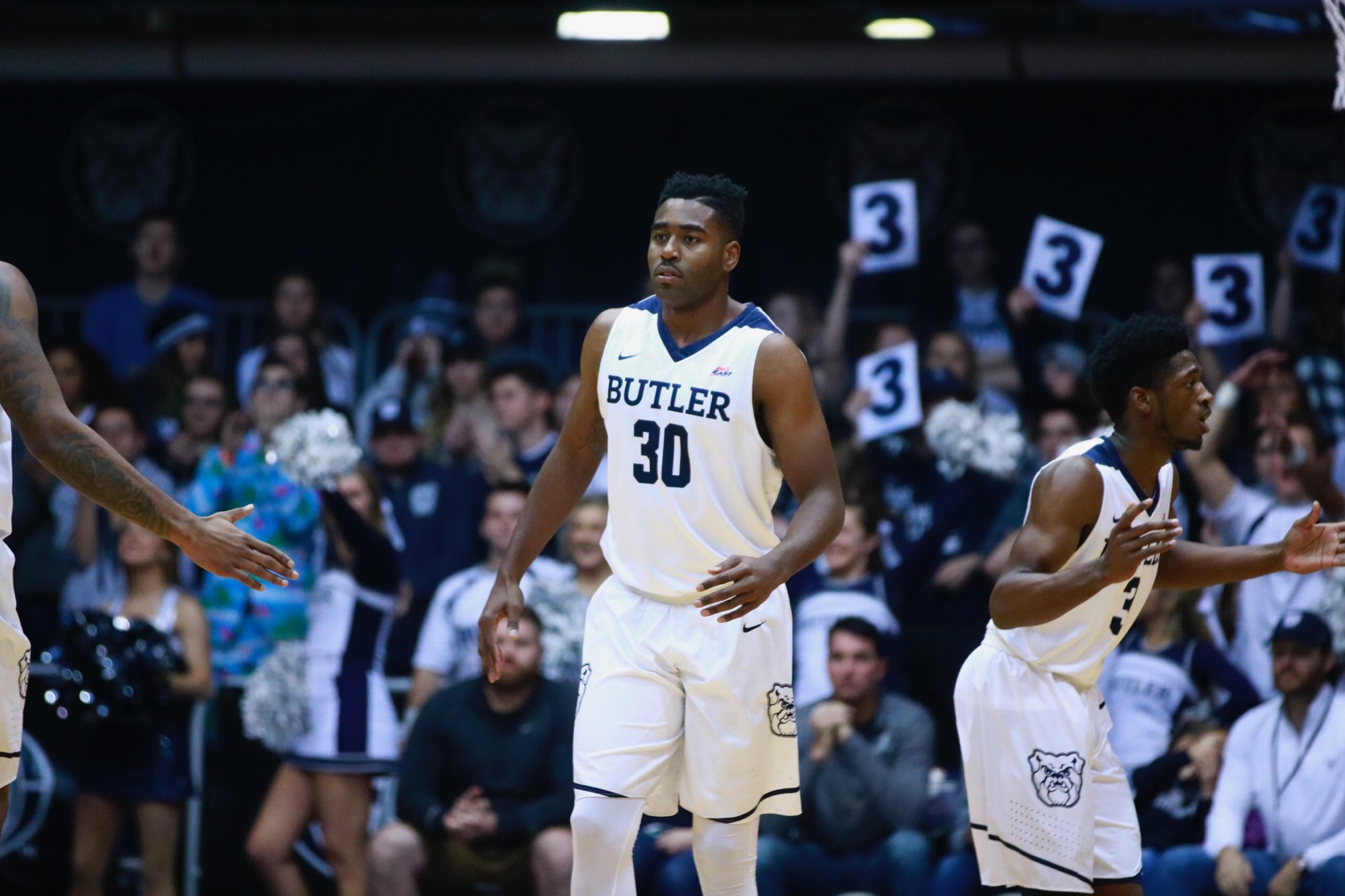 Kelan Martin steals a glance to the bench during a game at Hinkle Fieldhouse earlier this season. Martin scored 27 points against Georgetown, the second highest for the team. Collegian file photo.

Butler pulled off a remarkable 91-89 win in double overtime, and in doing so sent many fans through a glass case of emotions. From thinking this was going to be an embarrassing 20+ point loss, to thinking there was a chance, to heart failure, overtime and double overtime, fans felt it all.

1st place in the Big East. Don’t @ me pic.twitter.com/PRBsGXlqmq

But how much does Patrick Ewing look like Moose after Butler beat his Hoyas?!? Go Dawgs!! pic.twitter.com/DsPUdaWxcm

It’s all thanks to this guy. ?

Try not liking the Bulldogs. I dare you.

#Butler basketball is so weird but I love every second of it. It’s damn near impossible not to like this team.

But for some reason you just can’t stop.

Watching butler basketball is kind of liking smoking cigarettes… you know it will take years off your life. https://t.co/gjgcCljzVe

Start scheduling your doctor appointments along with Butler basketball.

He didn’t consult his doctor…

Just another night of the dawgs giving me a heart attack! Whats up w you?

Now you tell us.

I am mailing all of my hospital bills to the attention of Butler Athletics.

Dear Butler I would like to watch one of you basketball games that doesn’t make me panic. Is that so hard?

Better or worse than a heart attack?

THAT POINT INITIATED AN OUT OF BODY EXPERIENCE

Dawgs will do that from time to time.

Butler Basketball has aged me terribly

Disclamer: Dawgs may take 20 years off your life.

Hey this guy only lost 3 weeks.

Give @LaVall_Jordan and @ButlerMBB the credit. Cost me 3 weeks off my life, but they got it done.

So we’re up to heart attacks, out of body experiences, horrible aging, panic attacks and headaches. Got it ✏️?

You could say it was exciting.

What a way to start off Big East play! #grittynotpretty

Triple OT on opening night? Who says no?

Not sure why anyone would.