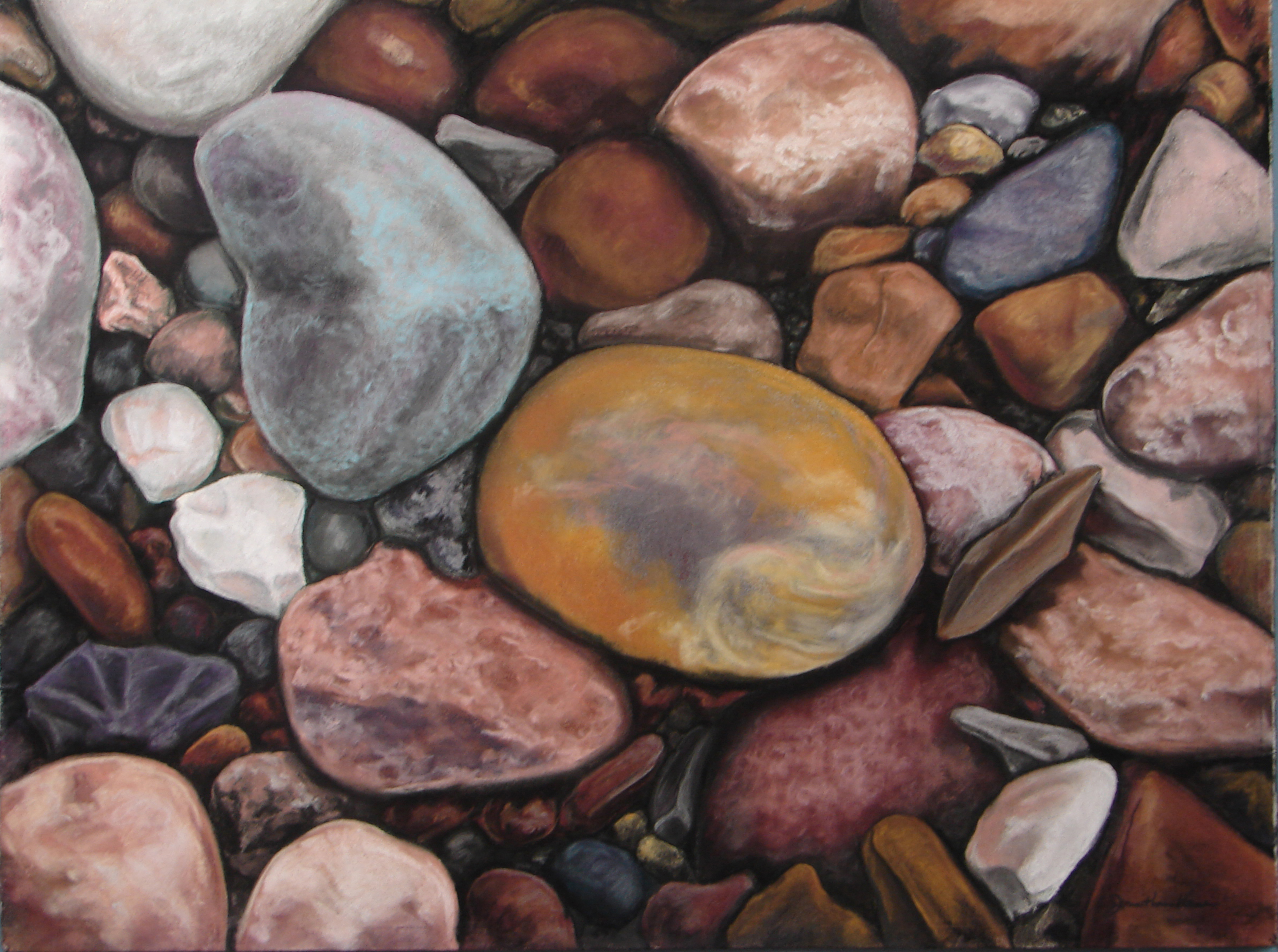 Clowes Hall is a well-known performing arts space in Indianapolis, but it is also a venue for visual art. Three different exhibits will be visiting Clowes over the next month, beginning with the Jon Kane and Andrew Burian exhibit.

Clowes Hall typically features exhibits by Hoosier artists who embrace what it means to live in Indiana.  Andrew Burian and Jon Kane are both Indiana-based artists whose work is influenced by a great respect for nature. Burian is a woodworker who uses fallen Indiana trees to create wooden bowls. Kane, an art teacher and painter, paints nature scenes inspired by places in Indiana.

Burian and Kane’s joint exhibit will be on display in Clowes Hall until Nov. 22.

When Burian was invited to exhibit his wooden bowls at Clowes, he suggested Kane as an artist who he could collaborate with for the exhibit. Kane said that his and Burian’s work complement each other well, so a joint exhibit made sense.

“Our work is compatible in many ways, from our connection to and respect for nature, to the beautifully formed bowls that visually reflect similar qualities of color, shape and form found within my ‘Stones from Sugar Creek,’” Kane said.

Kane’s “Stones from Sugar Creek” series is just one example of how he channels his admiration for nature into his art. The inspiration for this painting came from a canoe trip with his son on Sugar Creek in Crawfordsville, Indiana, where some river stones caught his eye.

“River stones have been shaped by water passing over and around them, patiently illuminating their color and form, and they seemed to carry a memory of water long after that water had passed,” Kane said. “They spoke of nature and of time. They were beautiful. This day also left an unforgettable impression on my son and me, preserved through my paintings.”

The next exhibit to be held in Clowes after Burian and Kane’s will feature the art of Dorrell Harrison. It will run from Nov. 27 to Jan. 26.

Dorrell Harrison is a retired educator and photographer from New York who moved to southern Indiana in 2003. He makes very distinct pieces of art: three-dimensional barns attached to a wooden base.

Harrison said that he will be showing 10 pieces of artwork at his exhibit in Clowes.

“The 10 pieces of three-dimensional art are not only a showcase, but they represent a tribute to the agricultural communities in the state of Indiana. It also serves to encourage barn lovers to continue to maintain and preserve their barns,” Harrison said.

Harrison also includes personal stories on the back of each piece of art, regarding the history of the barn it displays.

As a part of his 2016 Bicentennial Barn Project, he received more than 200 submissions from Hoosiers with photos of their barns and stories about them. The winning submissions received customized barn plaques that Harrison created, depicting the barn they submitted.

Harrison said his process of making the barn plaques begins with a photograph of the barn to make a template, and then involves cutting, assembling and sanding the wood. It can take him between eight days and several weeks to complete a plaque, depending on what type of plaque he makes.

Charlesworth is an enrolled member of the Choctaw Nation of Oklahoma and has Choctaw ancestors who were removed from Mississippi on the Trail of Tears.

Charlesworth began basket weaving because she wanted to learn a creative skill related to her heritage. She taught herself the traditional patterns of Choctaw baskets and has since had several award-winning baskets in the Choctaw National Art Show.

Charlesworth said researching and weaving the baskets can be a very time-consuming process.

“As to how long it takes to make one of my baskets, some can be completed in about four hours, such as a Choctaw heart basket. Some baskets take much longer,” she said. “The winnowing tray in the show took many hours as I had to research the basket, study pictures of vintage baskets and then weave the basket as true to the historical accounts as possible.”

James Cramer, the community relations manager for Clowes Hall, is in charge of finding artists to exhibit their work in Clowes. He said he personally enjoys the art of Burian, Kane, Harrison and Charlesworth and hopes it will help inspire more of an interest in art among Clowes’ visitors.

“When people find the visual art, they sometimes pass it by, sure. But more and more people are lingering, they’re feeling more comfortable about it,” he said. “And I think we can help the people in our area become more familiar and more comfortable, and then more likely to put art in their lives.”

Cramer said he looks for Hoosier artists who embrace the culture of Indiana and have art that would be fitting for Clowes’ venue. Lots of artists reach out to him directly, and he already has exhibits scheduled through 2020.

Jessie Lause, a sophomore music arts administration major and a student usher at Clowes, has often noticed the art in Clowes while working.

“I think it’s good for the arts community to have visual art here in Clowes,” Lause said. “There are always people who show up early for shows before we can open the doors, and they look at the art. I look at it too, when I’m there for hours and hours. It definitely serves its purpose as an entertainment venue.”

In addition to exposing show-goers to the visual arts, Cramer also hopes that students and community members feel welcome to wander into Clowes and admire the art whether there is a show or not.

“Certainly you can come for shows, but people can also stop by whenever during regular business hours,” he said. “This a great place to come over and maybe have their lunch or do a bit of studying. We’re not to that point of being another soft space on campus, if you will, but you know, we’ve got lovely comfortable furniture upstairs. I want it to be welcoming.”

Clowes’ regular business hours are from 8:30 a.m. to 5 p.m. on Monday through Friday. All exhibits are free and open to the public.