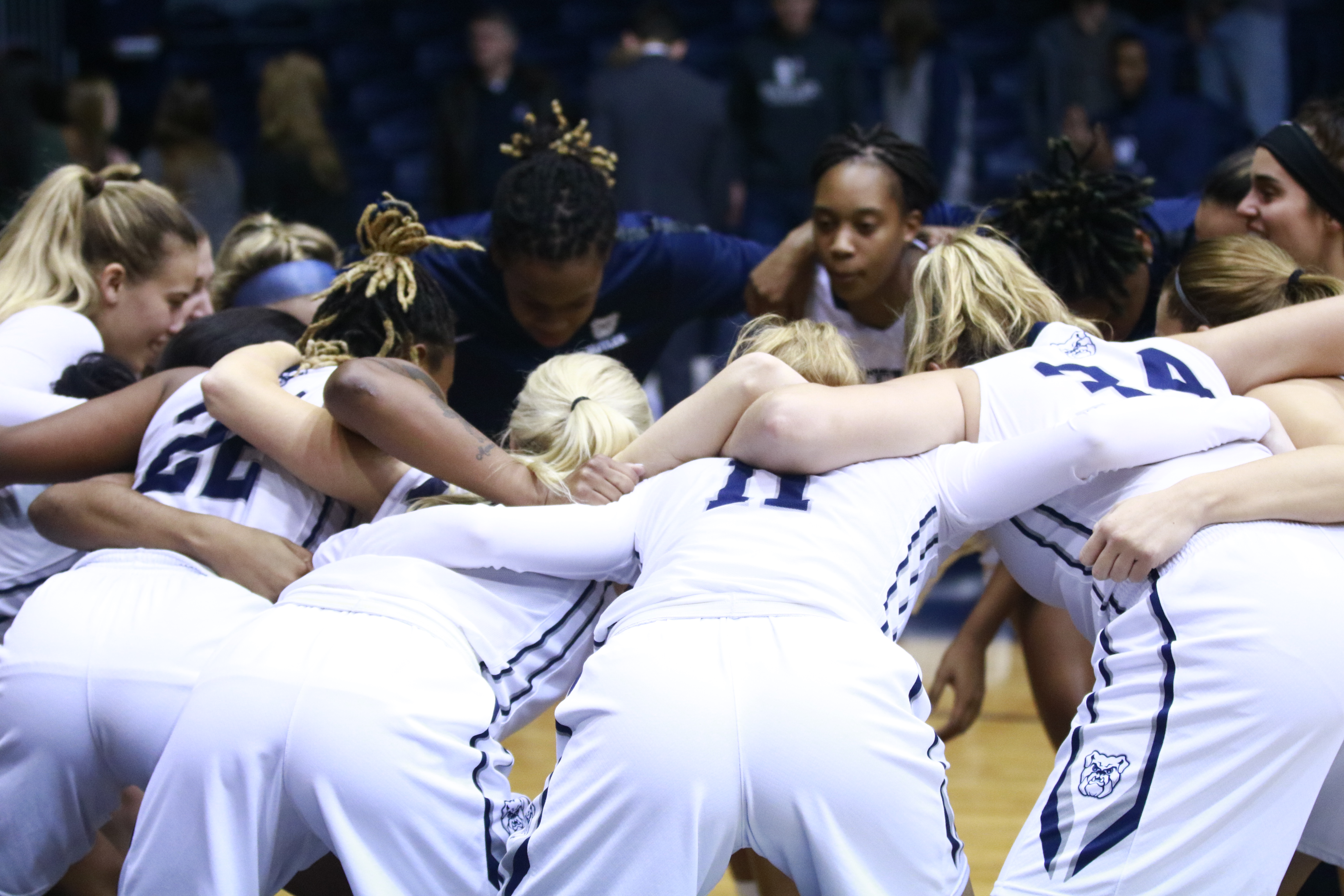 The women’s basketball team huddles right before their game. The Bulldogs are now 4-4 on the season after a loss against Ball State on Nov. 29. Collegian file photo.

The Butler University women’s basketball team record dropped to 4-4 on the season with a 87-75 road loss to Ball State University on Nov. 29. After a three-game winning streak to start the season, the Bulldogs have now dropped four of their last five games.

The contest was tight early on, with nine lead changes and both teams shooting over 50 percent from the field in the first quarter. But the Cardinals began to pull away in the second quarter, outscoring the Bulldogs 21-12, and held the lead for the remainder of the game.

Ball State shot 62 percent from the field in the first half, compared to 44 percent for Butler, and the Cardinals knocked down 60 percent of their shots from beyond the arc. Ball State limited Butler’s top two scorers, redshirt junior guard Whitney Jennings and junior center Tori Schickel, to a combined nine points in the first half of play.

Butler would make a run in the fourth quarter, bringing Ball State’s lead down to six points with just over a minute to play, but weren’t able to complete the comeback.

After rebounding with 20 points in the second half, Jennings ended with a game-high 26 points. Coming of the bench, sophomore guard Kristen Spolyar finished second on the team with 13 points. Schickel led the Bulldogs with 10 rebounds and also collected nine points.

The Bulldogs will travel to Normal, Illinois to take on Illinois State University on Dec. 3.