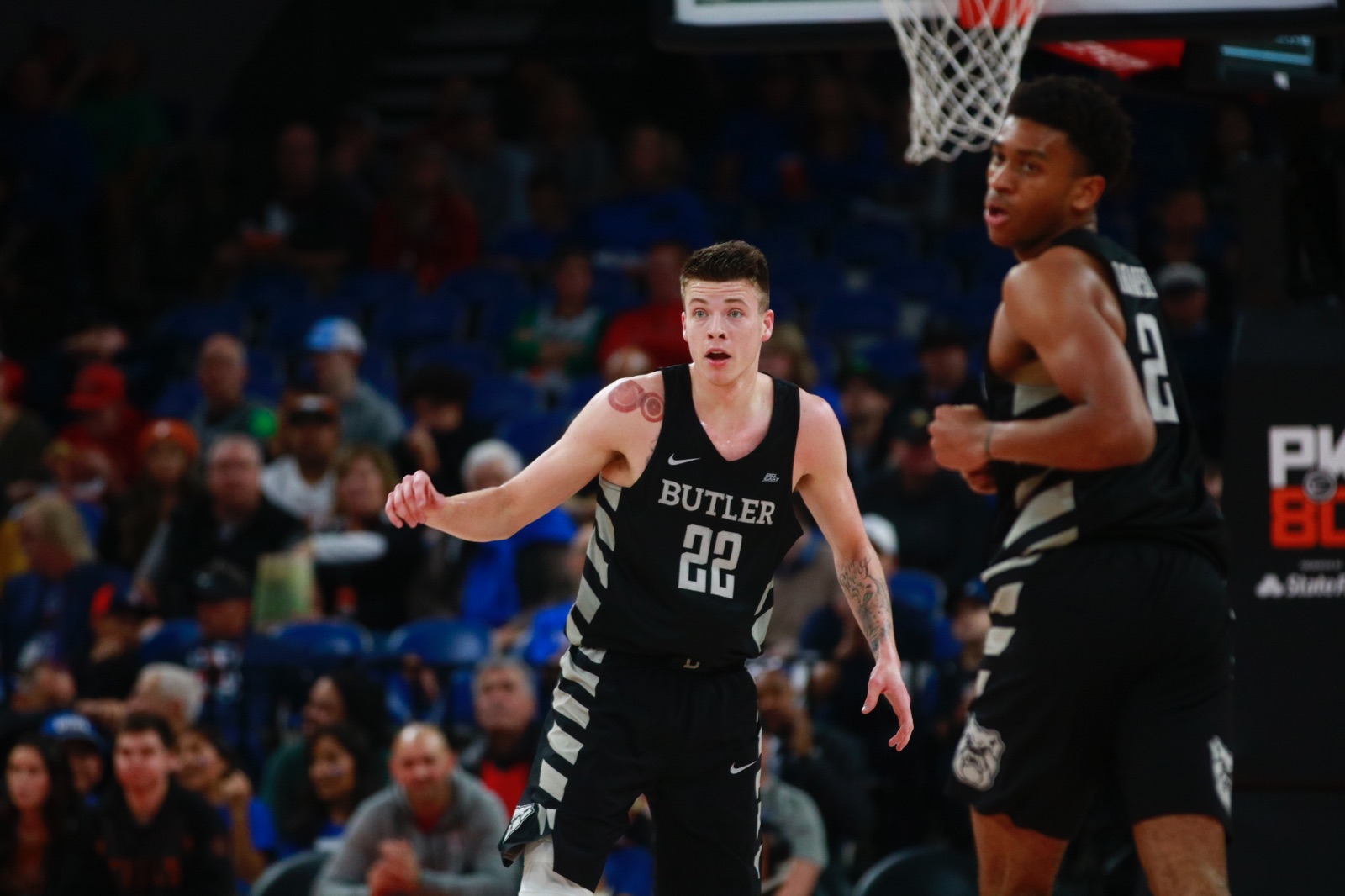 Sean McDermott, left, reading the court while Aaron Thompson, right, gets in position against Texas in the PK80 Invitational. Butler suffered a 61-48 loss. Photo by Jimmy Lafakis.

The Butler men’s basketball team suffered their second loss of the season in the first game of the Phil Knight Invitational. It’s a big invitational, meaning fans are extra passionate about the game. Nobody was happy with tonight’s performance, and Twitter is our evidence.

A Butler-Holtmann reunion would be LIT.

Hopefully #Butler will be able to beat Ohio State in the losers bracket of the #PK80.

This Butler game has been about as ugly as my dental work. But like my teeth, the Dawgs will get the job done. #GrittyNotPretty #GoDawgs #PK80 pic.twitter.com/o3YseWptb8

Our soccer teams are pretty ok.

Tell me how you really feel, Kevin.

For a Butler program built on toughness and basketball IQ, that was incredibly sloppy and dumb basketball. Too much dribbling and too many turnovers. If you play team ball and play smart, you win by 10.

This game is stressing me out

I think this game speaks to how important Kethan Savage and Avery Woodson were last year.

You should have socialized with your family. You didn’t miss much.

The family was still eating dinner so I resorted to watching the Butler game on my phone underneath the table. Even my small screen couldn’t minimize how bad that game looked.

The struggle is real

Not a happy Thanksgiving for @BoilerBall or @ButlerMBB both laying eggs on turkey day.

Looking at the scoreboard pic.twitter.com/vaVxakS8PK

This is the most frustrating game I can remember since the championship versus UConn. All those missed shots and 356 uncalled travels.

Many weeks to go . . . but LaVall Jordan has his work cut out to make this a team capable of building NCAA tourney resume.#Butler