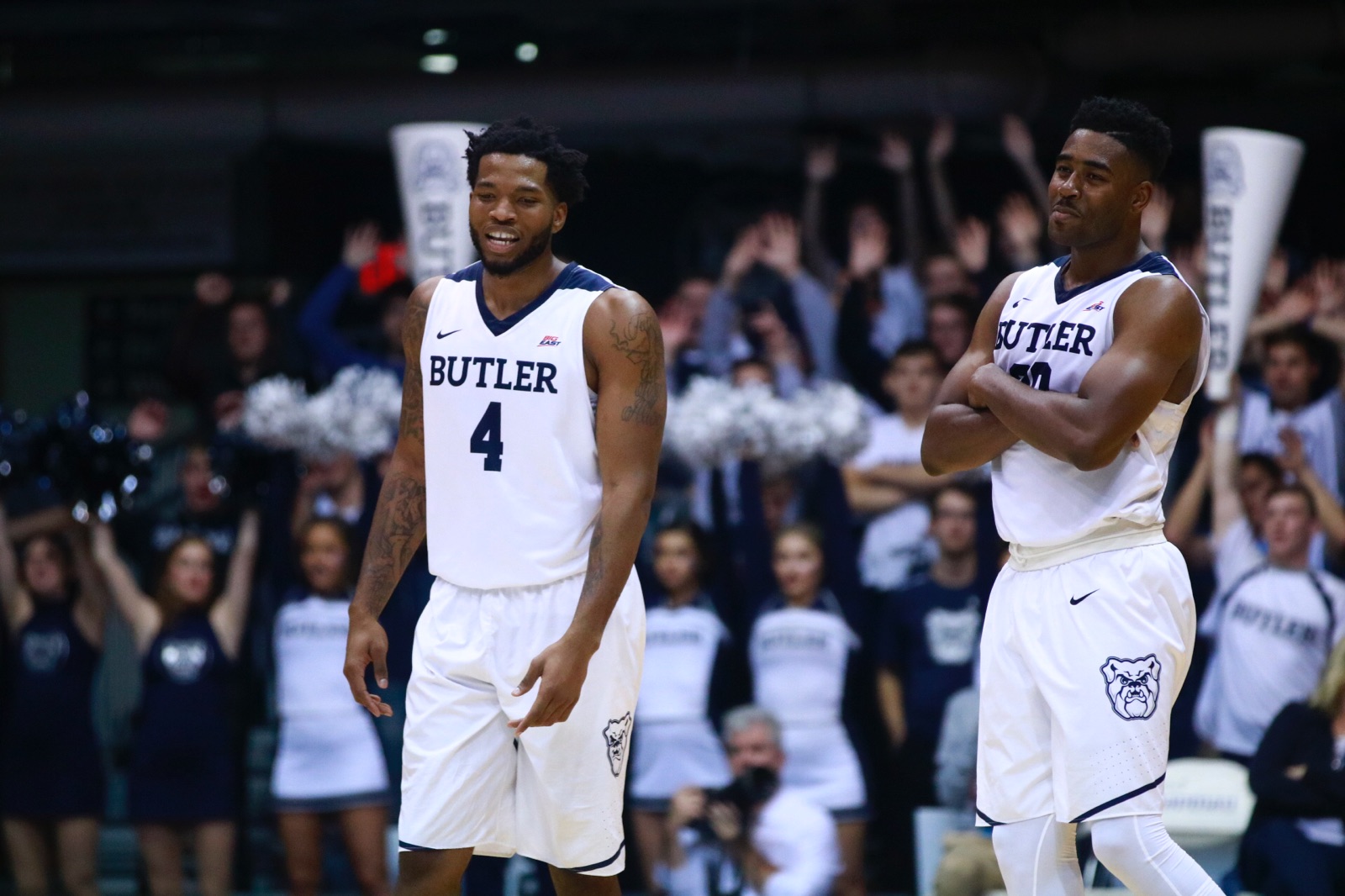 The Butler University men’s basketball team showed up against Princeton University tonight, and everyone noticed. The two things people noticed most? Aaron Thompson is a force to be reckoned with, and maybe, just maybe, LaVall Jordan has this all figured out.

In LaVall we trust ?

Pauly has so much swag, it’s dripping.

Student section looking perhaps a little less stressed with a 12 point lead. Bulldogs outscoring the Tigers 22-10 in the paint.

Aaron Thompson is only a freshman pic.twitter.com/h7axljBaxh

Are people really thinking these nerds can stop Kamar and Kelan?

Yeahhh this place lives up to the hype. Great atmosphere. Can’t imagine what it’s like for a Big East game. pic.twitter.com/tinM31157r

Nice job @LaVall_Jordan, @_Aaron2_ , and all of @ButlerMBB for the win! #GoDawgs #Butler

We’re thrilled to have you back home, Coach Jordan!#Butler

The NCAA Selection Committee is going to remember this one in March. https://t.co/hkUc3P6x4R

Really solid win for the Dawgs over an NCAA Tournament caliber opponent. Some really encouraging play in those 40 minutes.

Kamar Baldwin going to the league but hopefully no time soon

Aaron Thompson is gonna be an all-timer at Butler. LaVall is gonna do awesome things with his game in the future #Butler