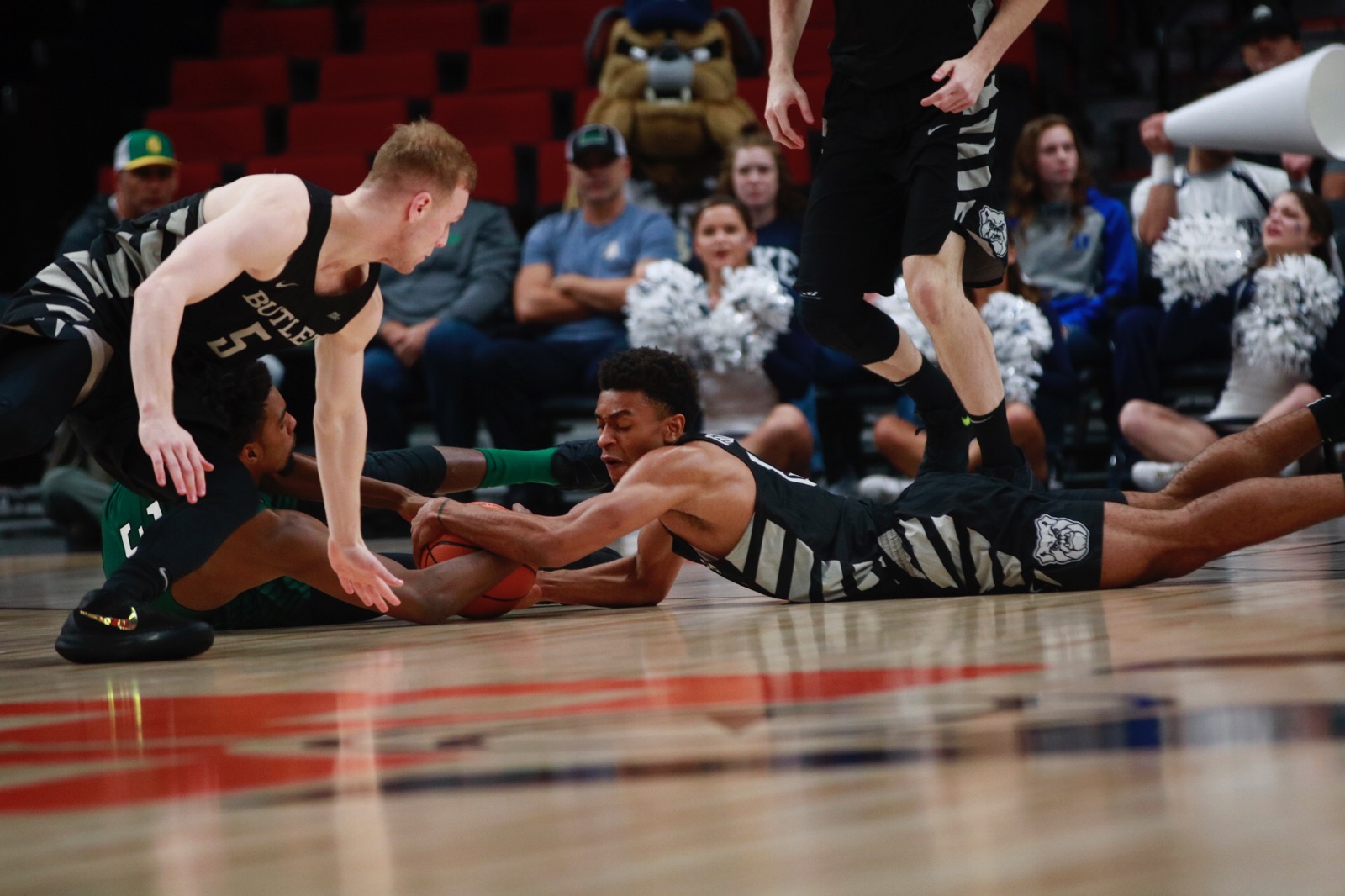 Paul Jorgensen, left, and Henry Badley, right, dive for a ball during the game against Portland State at the PK80 Invitational. Butler won the game 71-69. Photo by Jimmy Lafakis.

The Butler men’s basketball team barely beat Portland State in their second game of the PK80 Invitational in Portland, Oregon. But it wasn’t easy. And Bulldog fans on Twitter were a ball of emotions, from stressed and worried to relieved.

Last night took an L, but tonight I bounce back. pic.twitter.com/Yih4YpSvIQ

ARE YOU NOT ENTERTAINED!?

And … Butler is called for a charge. Kamar Baldwin isn’t entertained. pic.twitter.com/NCi5QGLCs9

Good grief that game was stressful.

We’ll take ’em anyway we can get ’em.

A 14 point game = Paulybombs for everyone!