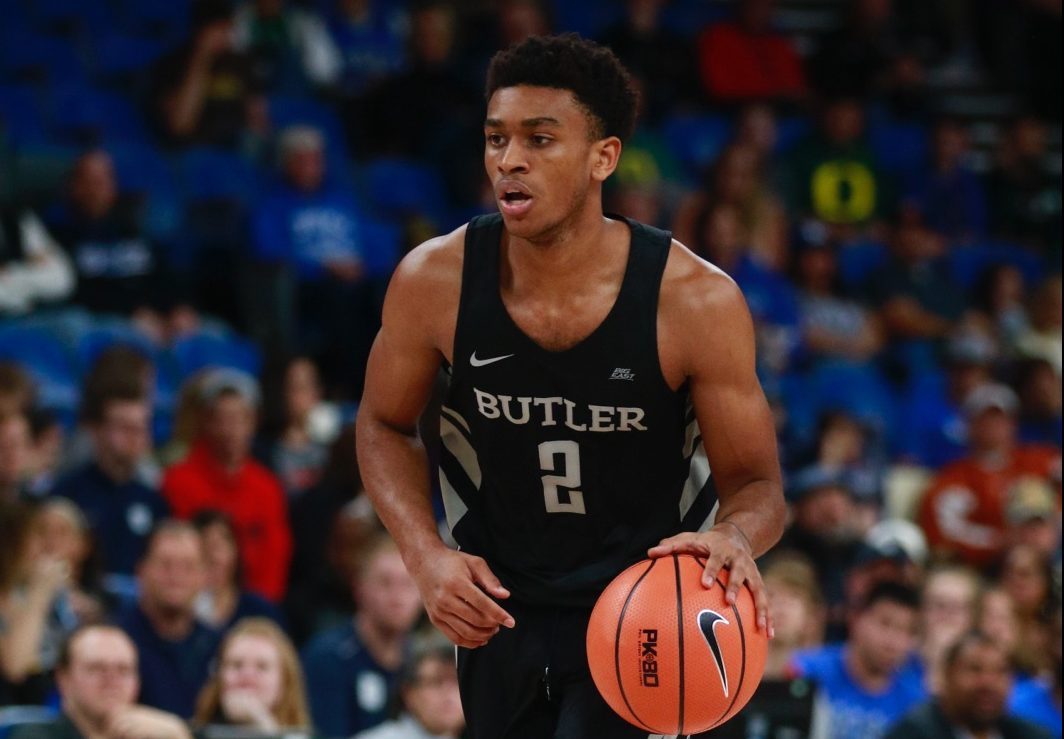 Butler basketball took a thrilling overtime win over Ohio State and the man that may know them better than anyone else, former head coach Chris Holtmann, 67-66 in the 5th place game of the PK80 Invitational Motion Bracket.

The win puts the Bulldogs at 2-1 in the Thanksgiving tournament and 5-2 on the season.

“It was really weird, actually, but it was a good experience,” Martin said. “It was good to see old faces.”

After the game, Holtmann walked down the line and greeted each member of the team and hugged Martin and Kamar Baldwin. Martin said the two told each other they “love each other.”

With less than three minutes remaining in the first half, Butler took their first lead of the game after going on a 9-0 run. But it didn’t last long. Ohio State grabbed two buckets to take a 24-21 lead at halftime.

Kelan Martin led the Bulldogs at halftime with eight points, while Paul Jorgensen scored another five points along with four rebounds.

Nine players saw minutes in the first half, including freshmen Christian David and Jerald Gillens-Butler.

Then, all of a sudden, Butler started to go on a run. The Bulldogs went 9-0 with 2:30 to play to cut the lead to nine. Just over a minute later, Butler scored six more to give Ohio State just a three point advantage after Martin hit a big three and Nate Fowler scored two free throws after getting fouled on a turnover-turned shot attempt.

With eight second remaining, Baldwin hit a three to tie the game, and Ohio State could not get ahead before regulation ended.

In overtime, Butler led Ohio State nearly the entire five minute period. The Buckeyes got a one point advantage when C.J. Jackson made two free throws, but the Bulldogs rebounded, and Martin scored a layup with three second left to seal the deal.

The most telling statistic may be the fact that Butler held Ohio State to one field goal in the final 10 minutes of gameplay.

Martin led the Bulldogs with 24 points on the game. Baldwin also led the team with 14 points, four assists and two rebounds. Jorgensen was the only other Butler player to score double-digit points. He had 10 points.

Butler had to finish the game without freshman Aaron Thompson. He fouled out of the game halfway through overtime and ended the game with seven points, two assists and two rebounds. Butler was also forced to play without redshirt sophomore Sean McDermott, who was out with an ankle injury suffered in the Bulldogs’ win over Portland State Friday.

Butler comes back to Indianapolis for a few days off before hosting St. Louis University on Dec. 2. The game is scheduled for 2 p.m. ET on Fox Sports 1.