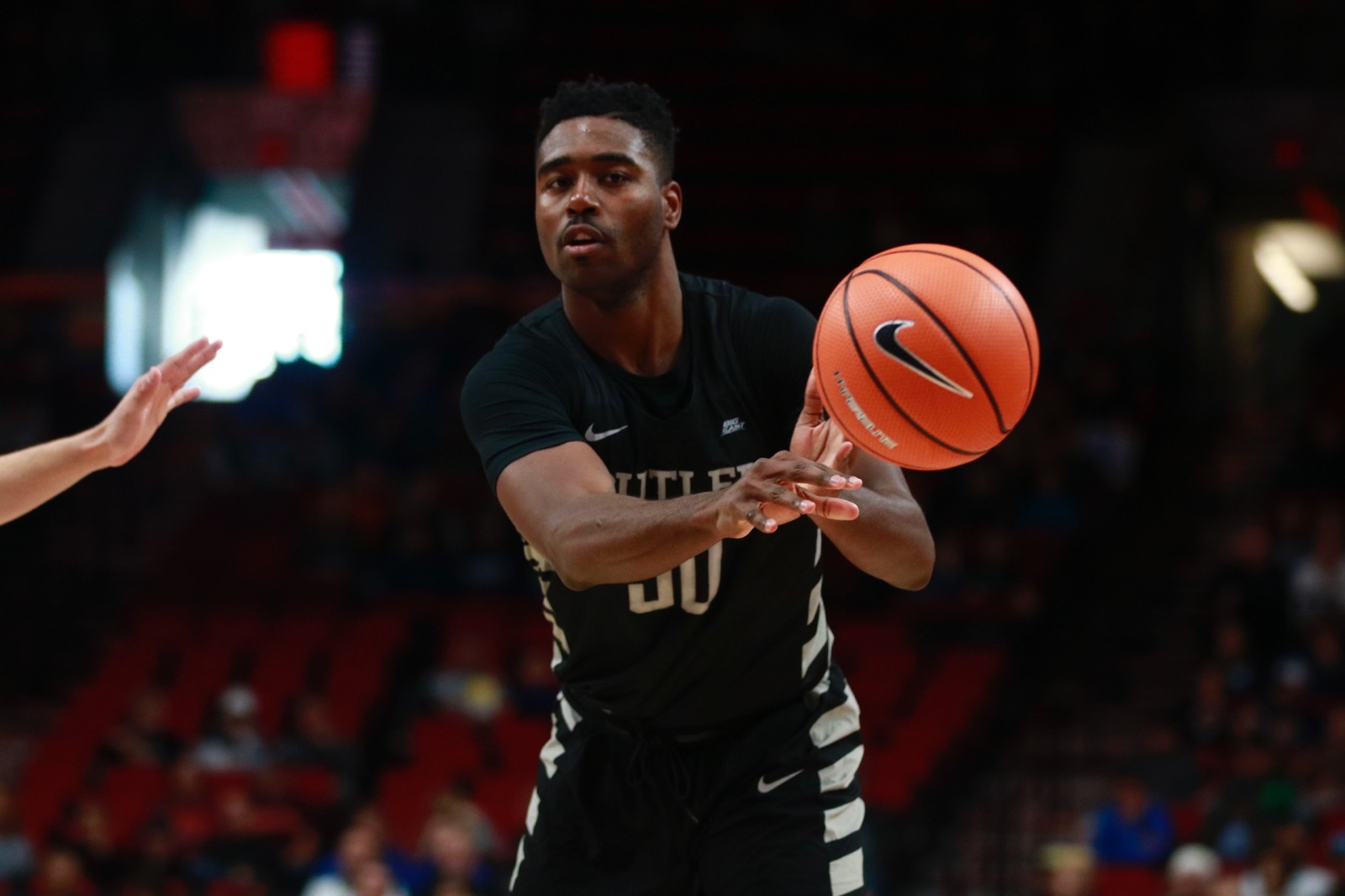 Senior Kelan Martin dropped 24 points to lead the Bulldogs to a win over Ohio State on Nov. 26. The Bulldogs have the week off before they host Saint Louis on Dec. 2 at Hinkle Fieldhouse.

Butler men’s basketball team struggled for 35 minutes. Then, they pulled off a 15-point comeback to knock off Ohio State 67-66 to wrap up the PK80 Tournament.

1. This team has a ridiculous amount of fight in them

The Bulldogs trailed Ohio State by 15 points with 3:51 left. Most teams would have started fouling, yet Butler just started pressing and forced turnovers to find their way back into the game. As ugly as the first 35 minutes were, the final five minutes were about as good as this team could play. Senior Kelan Martin must lead this team to be successful, and he did just that. Martin finished with 24 points, including the game winning layup with four seconds left in overtime.

While there were numerous problems, both offensively and defensively throughout the game, this team came together and put together a 15-point comeback from the jaws of defeat. While it is not a tremendous win on paper, the Bulldogs will use this performance as an example of how well this team can play when they need it. Also, it should give the team confidence to build on going into December after finishing the PK80 with a winning 2-1 record.

2. Guards must get better outside shots and hit them consistently

The Bulldogs could not hit many shots from distance, shooting just 36 percent from the floor and 19 percent from three (6-31). Sophomore guard Kamar Baldwin and redshirt junior guard Paul Jorgensen continued to struggle shooting, as they combined to go 4-21 from beyond the arc.

For a team that relies on gritty, undersized big men, Butler will need to hit shots from distance to stand a chance in Big East play. Shooting under 25 percent from three-point land will not cut it when powerhouses like Villanova, Xavier and Creighton come to Hinkle. Part of the problem is due to screens not being set or the lack of motion away from the basketball. The guards need to create more space to get clean, open shots off.

3. The defense stepped up when it had to

The Bulldogs forced five turnovers in the final five minutes of regulation, including three in the final two minutes of regulation to rally in overtime. The full court pressure by the guards made Ohio State make mistakes which led to easy baskets on the other end. The Bulldogs forced a total of 24 turnovers throughout the game. However, they only scored 16 points off of the turnovers.

The hustle plays that Butler made to finish and force overtime were from a team that knew that this game mattered. It is an uplifting showing, as Butler struggled to convert points from turnovers for most of the game. While the team needs to improve to guard the three-point line and fight off of screens, the Bulldogs can use the full court pressure as a device to create havoc for offenses in the future.