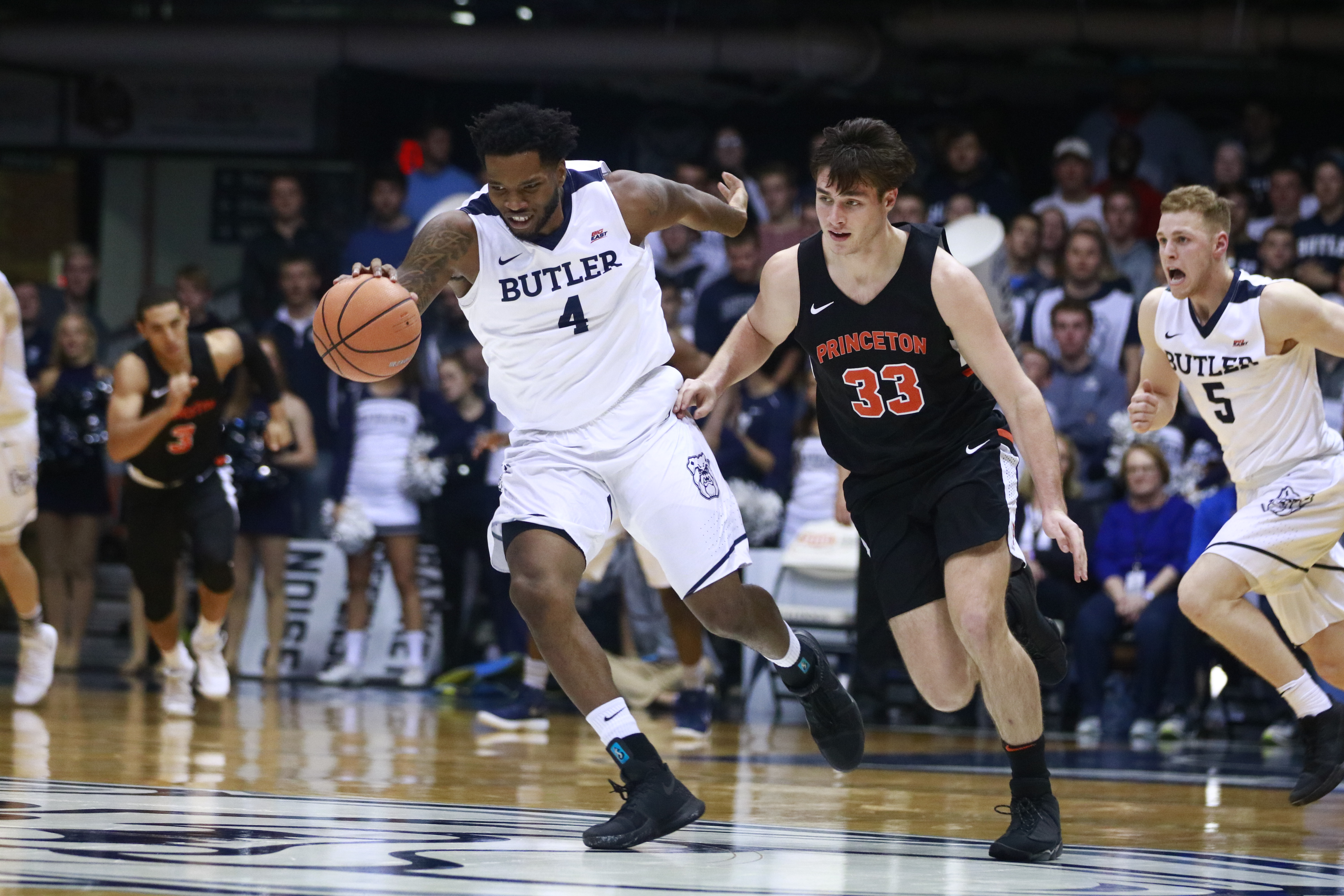 Senior Tyler Wideman steals the ball in a game against Princeton on Nov. 12. Butler is now 2-1 this season. Collegian file photo.

Maryland (3-0) was always going to be a tough opponent for Butler (2-1), an acknowledgement that became a reality on Nov. 15 in the Gavitt Tipoff Games. Both teams entered the night undefeated, with Butler and Maryland stringing two wins each over the weekend. However, Maryland would walk away with the 79-65 win to hand LaVall Jordan his first loss as Butler’s head coach.

Surrounded by fans in blackout attire, the Terrapins rode a 71 shooting percentage to outscore the Bulldogs 42-35 in the first half. Maryland added to their advantage by lighting up the 3-point arc and making baskets at a 60 percent clip while Maryland’s sophomore standout Anthony Cowan Jr. exploded for ten rebounds and a career-high 25 point performance.

The combination of offensive efficiency and ability to make defensive stops were enough to sink Butler. The Bulldogs struck in the first several minutes of play and went on a 7-0 scoring run to briefly take the lead 15-10, but ultimately, Maryland would take over the remainder of the game.

Butler forced twenty turnovers to keep the game close and cut the deficit from 13 to five points in the second half. As a team, Butler let up only 10 turnovers. However, the ability to convert second opportunities kept Maryland afloat.

Dawgs climbing back in this one.. pic.twitter.com/9PLWYOJ2Cx

After out-rebounding Princeton 31 to 18 over the weekend, this time, Butler found themselves on the receiving end of good defense. The Bulldogs collected just 27 rebounds compared to the Terrapins’ 40.

McDermott went 3-for-7 from the arc at opportune moments to keep the game close, but as a team, Butler shot just 34 percent in field goals.

The team returns to Hinkle Fieldhouse on Nov. 18 against Furman before departing for the Phil Knight Invitational, which runs from Nov. 23-26. Butler will face Texas in the opening game.