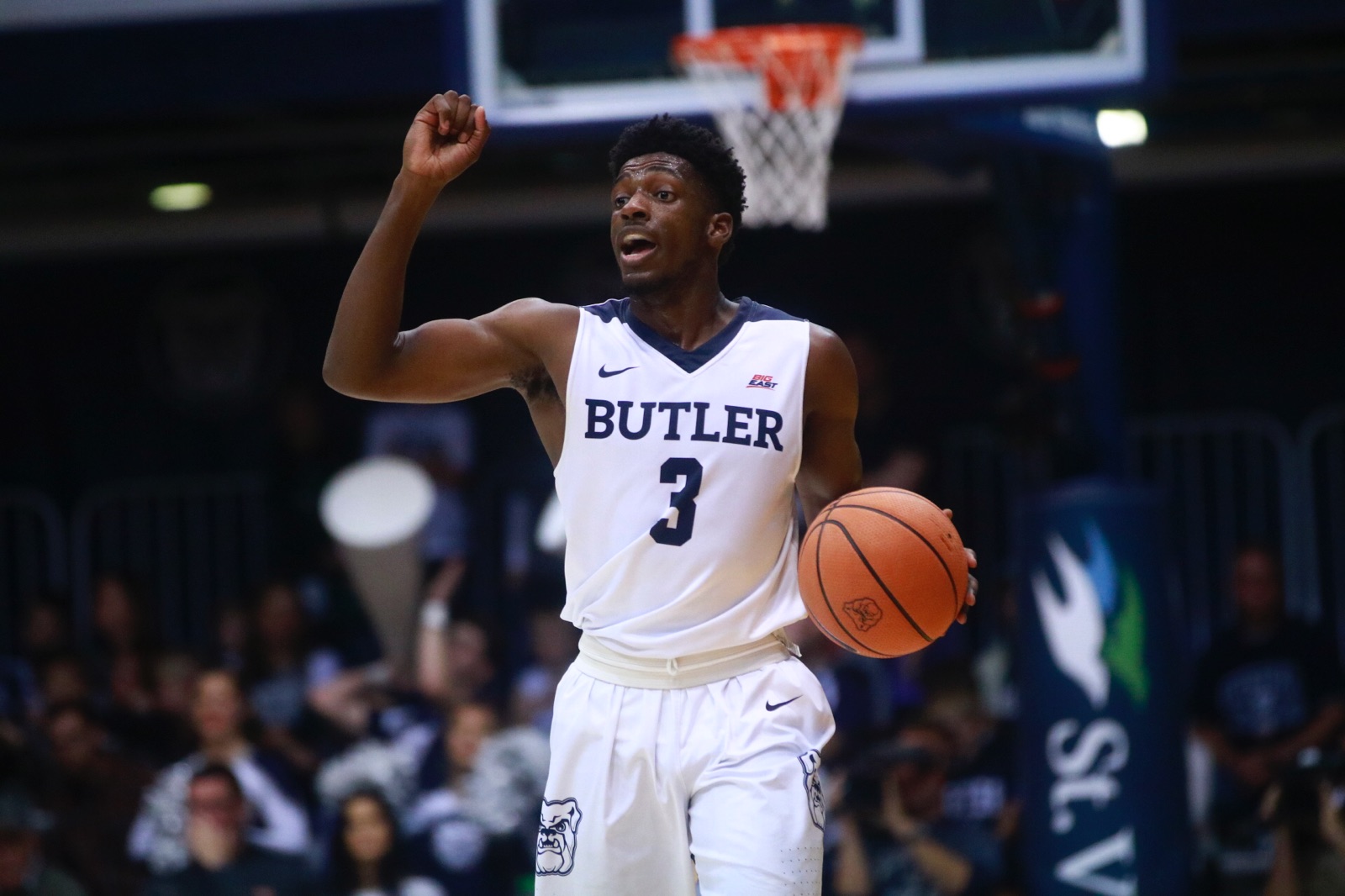 Kamar Baldwin sets up Butler’s offense against Furman. He finished the game with 18 points. Photo by Jimmy Lafakis.

Butler’s men’s basketball team rebounded from their first loss of the season with a solid victory in Hinkle. The 82-65 win over Furman was the last game before the Bulldogs head to Portland, Oregon, to participate in the PK80 tournament over Thanksgiving weekend. Here are three takeaways.

1. The Bulldogs won despite another quiet game from Kelan Martin, but won’t be able to in Portland.

Martin’s first points of the game came with 4:22 left in the first half, courtesy of a pair of free throws. He ended the game with eight points on 22 percent shooting. In fairness to Martin, he contributed in other ways, grabbing four rebounds and dishing out four assists. Moving forward, he needs to find a way to be aggressive while still playing within the offense.

Butler survived Furman without Martin putting up big numbers, but that won’t be the case when they play in the PK80 and take on the likes of Texas and potentially No. 1 Duke. The Bulldogs really struggled when Martin disappeared for large parts of the Maryland game. For Butler to beat the better teams in the country, Martin needs to be the player that was selected to the preseason All-Big East first team.

2. The emergence of Sean McDermott adds a new dimension to this team if he can continue his hot streak.

McDermott scored a total of six points in Butler’s first two games in 48 minutes on the floor. In the Maryland game, McDermott had a team-high 17 points and followed that up with another 17 points against Furman. After starting the season 0-4 from three in the first two games, McDermott has knocked down eight of his last 14 three-pointers.

If Aaron Thompson is going to continue starting, McDermott’s three-point shooting becomes even more important. Thompson has yet to attempt a shot from beyond the arc this season, so taking Paul Jorgensen out of the starting lineup leaves the Bulldogs with one less threat from three. If McDermott can continue to be efficient from deep, teams will have to have to respect him, leaving more driving room for players like Kamar Baldwin, Thompson, and Martin.

3. Butler got away from isolation basketball, and it paid huge dividends.

Butler basketball is built around the concept of the whole being greater than the sum of its parts. When the ball moves, it becomes much more difficult to guard this team. Tyler Wideman had 19 points in large part because his teammates were creating easy shots around the basket for him. Heading into a tough slate of games starting with Texas on Nov. 23 in the PK80, this is the offense Butler should be looking to replicate.