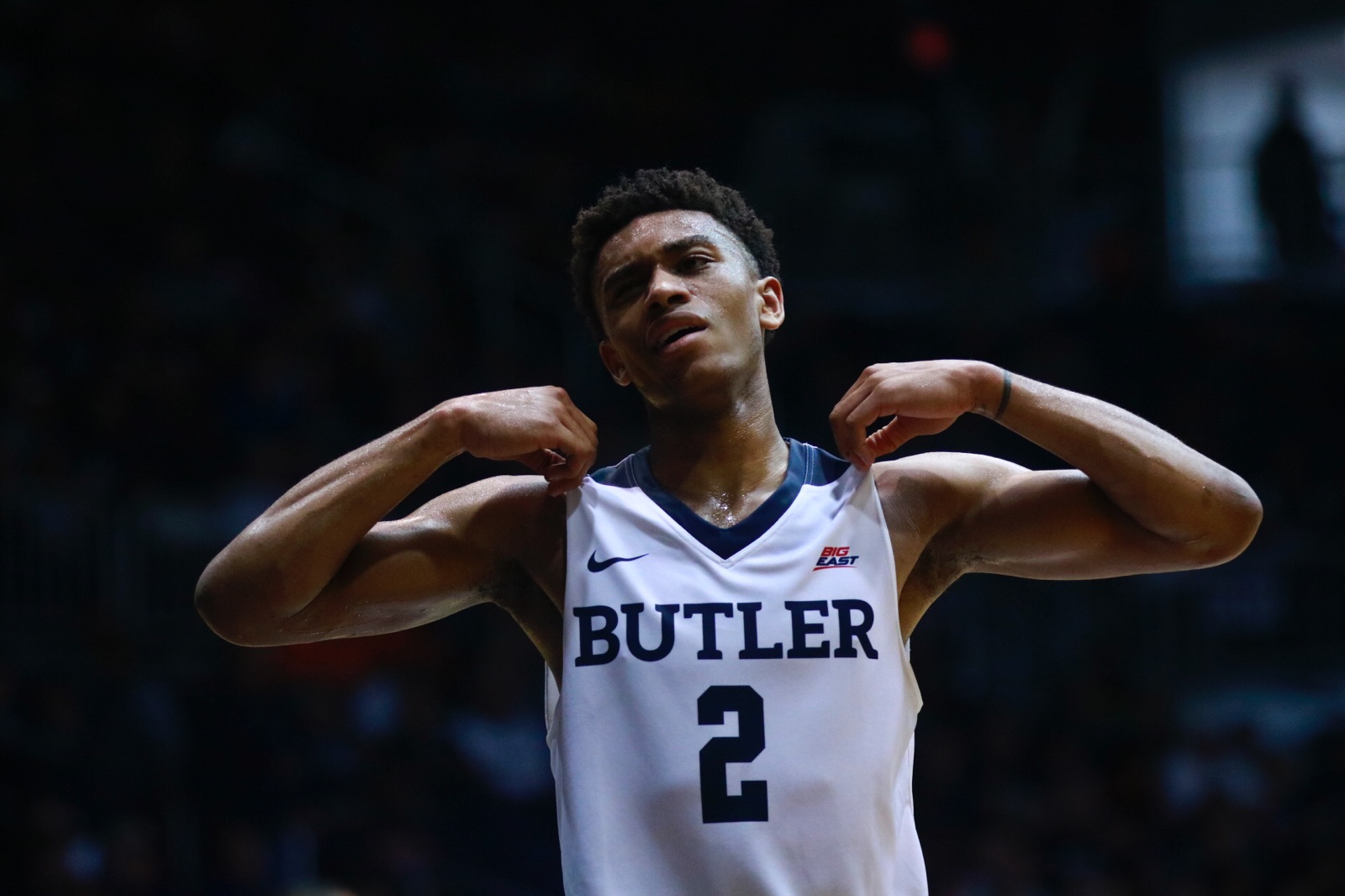 Aaron Thompson during the Princeton game on Nov. 12. The freshman guard tallied 15 points in the team’s 85-75 win. Photo by Jimmy Lafakis.

Butler responded well to a step up in competition, improving to 2-0 on the season in pretty convincing fashion. The 85-75 victory was a solid showing from start to finish, and featured some really good performances. Here are three takeaways from Butler’s game against Princeton.

This Princeton team is no joke and won 45 games over the past two years. Last season, the Tigers rattled off 19 consecutive wins before losing by two points to Notre Dame in the first round of the NCAA tournament. After tying the score at six early on, Butler led for the rest of the game. Princeton’s three-point shooting (9-for-15) kept them within striking distance, but the Bulldogs were in control for practically the entire 40 minutes.

At the end of the day, this was a great sign for Butler heading into a tough road game at Maryland on Nov. 15 and the PK80 tournament over Thanksgiving. The scoreline doesn’t really do justice to how well the Bulldogs played. This performance was a big step toward answering all of the questions surrounding Butler after the chaotic offseason.

2. Butler got solid contributions from a variety of players and appears to be a deep team.

Four Bulldogs finished the game in double figures. Kelan Martin led the team with 20 points, followed by Aaron Thompson (15), Kamar Baldwin (15), and Tyler Wideman (11). Additionally, all eight players that saw the court scored at least five points. Getting scoring from multiple people other than Martin like Butler did against Princeton will be key throughout the season.

The emergence of the true freshman Thompson could be what takes this team from good to great. His 15 points came on only six shot attempts, and he attacked the basket all game long. Thompson’s ability to fill in for Baldwin at point guard or play beside him adds another dimension to Butler, both offensively and defensively. We’re only two games in, but Thompson is following a trajectory similar to the one Baldwin took last season.

3. The lack of ball movement is a major concern moving forward.

The absence of a true floor general really hurt the Bulldogs in this game. Baldwin, who started at point guard, failed to record a single assist. Thompson and Paul Jorgensen, the other two primary playmakers, combined for only four. As a team, Butler assisted on eight of their 31 made field goals, an alarmingly low percentage.

For comparison, Butler assisted on 17 of 32 made field goals against Kennesaw State in the season opener. The Bulldogs did a great job of creating their own shots against the Tigers’ defense, which is a positive sign. However, there will be games when those shots aren’t falling and the ball needs to move more. Give Butler credit for finding two different ways to score on offense, but there could be problems in the future if the isolation offense becomes a trend.