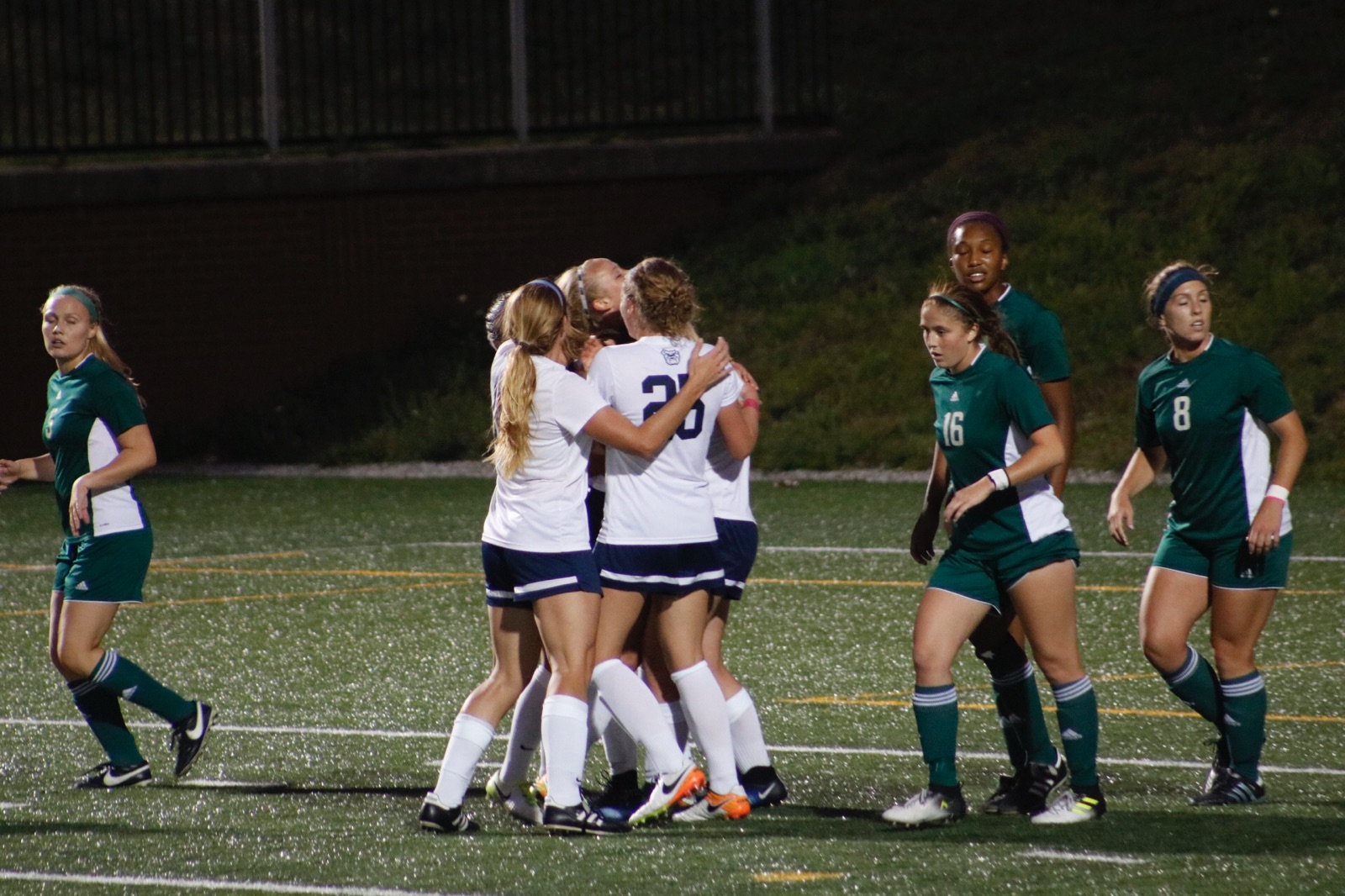 Butler celebrates after scoring a goal in the second half during a matchup against Eastern Michigan Sept. 1. Photo by Jimmy Lafakis

The Butler women’s soccer team shut down Eastern Michigan and ran with a late one goal lead to victory on Sept. 2. The 1-0 win at the Sellick Bowl sets the team’s record at 3-1-1 and marks a three-game win streak.

One critical play midway through the second half proved to be the difference maker. Redshirt freshman Amanda Kowalski defender came off the bench and delivered a corner kick to Annika Schmidt in the 61st minute. The defender located the ball midair and headed it into a corner of the net for her first goal in a Butler uniform.

“We always make sure we practice the corner kicks,” Schmidt said. “The other team is really good at defending, so we just had to find that little pocket.”

Redshirt sophomore Hannah Luedtke and freshman Leonie Doege combined for seven saves in the net. Combined, they have allowed only one goal on the season.

“Kudos to our goalkeeper unit,” head coach Tari St. John said. “The entire unit works so hard and is a good reflection of the four goaltenders we have.”

The Eagles played physically and only substituted once.

“We have a deep bench, which is awesome,” junior forward Paige Monaghan said. “Props to Eastern Michigan. They are fit, strong girls who are in shape and were ready to attack.”

Butler senior defender Shannon McDevitt was absent from the roster to be at home with her family, where her mother is fighting cancer. Teammates tapped wrists in pink athletic tape with McDevitt’s number eight written in marker.

Almost game time… Hey #8, you and your family will be close to our tonight pic.twitter.com/T9fI0iBbeI

“Every single girl is playing for something greater than themselves,” Schmidt said. “We play for our teammates, our families and everyone who is watching us.”

The Bulldogs will continue the homestand against Cleveland State University Sept. 2. Kickoff is slated for 4 p.m.