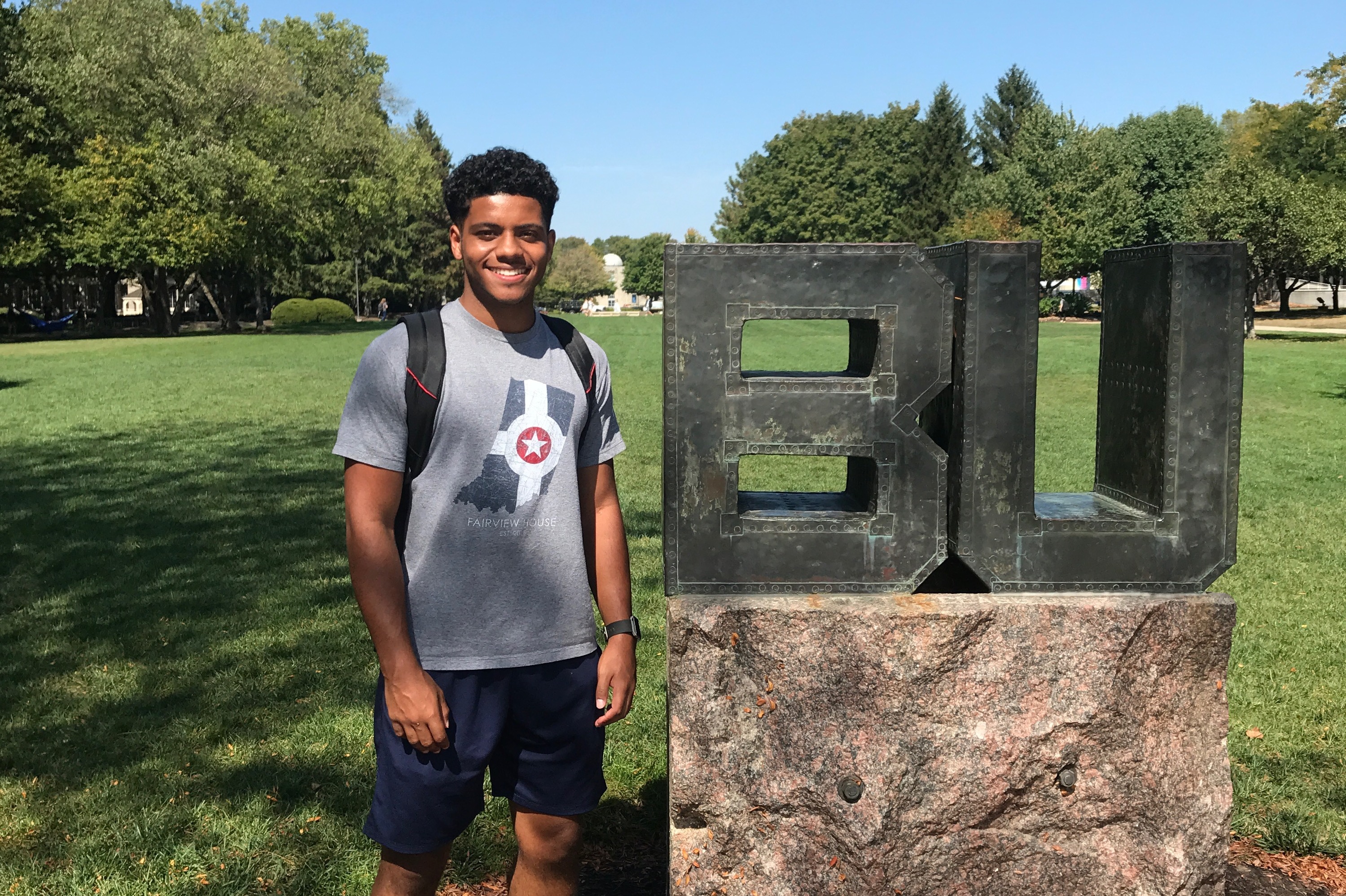 Jaylen Scott, an 18-year-old junior at Butler, is majoring in biology with a minor in neuroscience. Photo by Carl Nelson.

Eighteen-year-old Jaylen Scott may seem like your average Butler student, but his experience has been as unique as they come. The junior started his studies here at Butler when he was just 16 and plans to follow his passion for science in hopes of one day making a difference in the world of medicine.

The Butler Collegian: Tell us a little about yourself.

Jaylen Scott: I’m from Anaheim, California. I’m 18 years old and am in my third year here at Butler. I’m a biology major with a minor in neuroscience, hoping to either go to medical school or do graduate research, but I haven’t really chosen yet. I’m also involved with the Black Student Union. I’m a member of Alpha Phi Omega, the service and volunteering fraternity, and I’m the vice president of the men’s club basketball team.

TBC: Were you always into science, specifically neuroscience?

JS: Science has always been my best subject, and it’s been something I’ve been interested in since I was a kid. Hopefully I would be doing neurosurgery if I went to medical school, or I would do neurological research.

TBC: Why did you choose Butler?

JS: I was actually born here in Indianapolis, just right down the road at St. Vincent’s Hospital. When I moved out to California, I was pretty young but I also still have family around here, so it’s a nice mix of being far from home and still having family close if I ever need something. I also really liked the student-faculty ratio, and how helpful all of the professors are. Also, as someone who plays sports, I love the emphasis the school puts on all the games. That was a big factor for me when I was deciding.

TBC: What was the transition of skipping a few years of school like?

JS: So I actually skipped some school when I was younger. I skipped third and then eighth grade. So, I went from seventh to highschool when I was 12. I completed all four years of high school, but after almost seven years of being around people who are two years older than me, it has just started to feel natural. Now I just feel like I’m the same age as everyone else. It’s not that big of a deal to me anymore.

TBC:  Why are you interested in becoming a doctor?

JS: I’ve always been interested in being a doctor. My stepmom was a nurse in a hospital, and I was in and out of hospitals for sports injuries and stuff like that so I always looked up to doctors and nurses. Just being around all of that growing up made me really appreciate the work that they do. Being good at science myself, I just felt like it was a good fit. It was a pretty natural decision.

TBC: What are your plans after you graduate from Butler?

JS: That’s something I really haven’t decided on yet. Right now my track is probably going to be doing a masters program, most likely at IUPUI, and then after that decide if I want to take the MCAT and go into medical school. Or I might want to finish my degree and get my Ph.D. in neuroscience. Like I said, I haven’t gotten quite that far in the decision-making process yet, but those would be my two main choices.