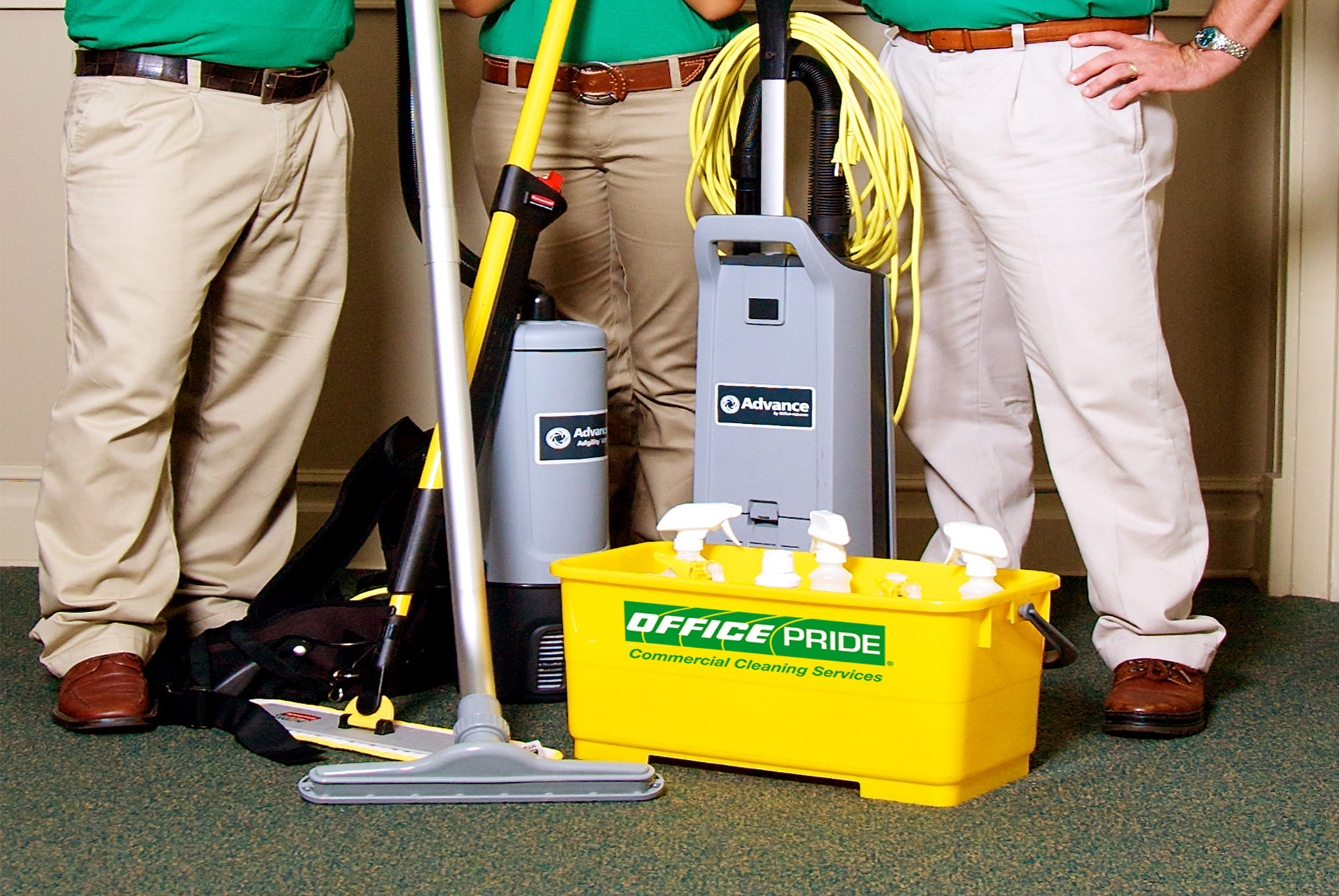 In 1992, MBA graduate Todd Hopkins worked days and attended class at night. For one of his classes, he turned in an independent research project. The paper outlined a product of his choosing, the finances involved in starting the business, other competitors and the foundation of what is now Office Pride.

Office Pride is a commercial cleaning business, turned franchise in 1996.

Hopkins said he has always been fascinated by the franchise model because it allows people to pursue their dreams of business-ownership. He always wanted to build a franchise model, but had to pick a product. A woman in one of his classes owned a cleaning business, and Hopkins knew he could do that and do it differently.

“[The janitorial industry] will reward you for hard work,” Hopkins said. “It’s a low start-up business to get involved in. I didn’t really have a lot of money, and I needed something that I can put some sweat equity into and build. And I really believed that in commercial cleaning, there was a better way in regards to franchising to what currently existed.”

Hopkins said all his focus concentrated on recruiting business builders and to have lower fees than others in the commercial cleaning franchise. He said they were able to achieve all of those things.

Hopkins has what MBA program director Marietta Stalcup would call an “entrepreneurial mindset.”

“The biggest thing it takes is the willingness to fail and the strong desire to succeed and just know that you can create a lot of value in the community by starting your own business,” Stalcup said.

Now celebrating 25 years in business, Office Pride is a member of the Franchise Business Review Hall of Fame and ranked No. 25 in “Top 50 — Best of the Best” in 2017. Hopkins still has his research paper and occasionally pulls it out to review Office Pride’s goals and values, many of which are the same today.

“It reminds me to stay focused,” Hopkins said. “I believe the business is something God’s blessed me with and I want to honor Him. It’s who I am.”

Julie Hirschauer owned an Office Pride franchise in 1998, and is now the area developer in greater Indianapolis. At first Hirschauer did not want to own a cleaning business because she disliked cleaning — even her own house — but Hopkins helped her see the bigger picture of owning a business.

“In the beginning the dream was to just make enough money to pay bills,” she said, “and now we use the profits from our company to feed children in North Korea.”

Hirschauer said Office Pride being faith-based was her number one attraction.

“I don’t want to be unequally yoked with the headquarters, with the founder,” Hirschauer said. “I’m in this, and most franchisees are in this for 20 plus years as all business owners are. You don’t want to be connected with something ethically you disagree with. It’s kind of like a marriage in a way.”

It is not a prerequisite to be a Christian in Office Pride, Hirschauer said. She has trained several franchisees with either a different belief system, or not one at all.

“You don’t have to be a Christian to be part of the organization, you just have to do your job well,” Hopkins said. “Do a good, quality job — that’s what we look for when we’re hiring people.”

Butler University’s MBA program now has a class about entrepreneurial mindset, and other classes similar to Hopkins’ where students can write a business plan or walk through the  creation of a new product or service. The program also offers leadership coaches.

“It’s a real bright spot if someone could do that — create well for themselves and others,” Palmer said.

In addition to the entrepreneurial mindset, Palmer said it takes courage to start a business. There’s a “fear factor” he said.

“But the good news is the people who do it have one of the biggest driving factors for career-satisfaction autonomy,” Palmer said.

Another leadership coach, Linda Hajduk, said a lot of entrepreneurs possess strengths such as innovation and strategic thinking. Students are able to learn new skills, develop new ideas and discuss it all with a leadership coach who will develop and oversee their plans.

“There is a drive and there is a focus on what they’re looking to do,” Hajduk said. “They have that energy and the ability to put the vision out there and be able to strategize what it is that needs to be done. They may not be the master of everything needed to start a business, but they know how to talk about their vision.”

Hopkins was able to turn his vision from an independent research project to a franchise with 134 locations across the nation. He said he utilized his collegiate experience and took advantage of the resources the MBA program gave him.

“Any time I had to do work, I thought, okay, how can I leverage this so I can accomplish my objective as a student, but also benefit what I want to accomplish in life or the career I’m going to pursue or the business I want to start,” Hopkins said. “Any time you can get a double productivity out of an exercise, then that’s a good thing.”

With a lot of graduate students working in the day and taking classes at night, Stalcup said one of the program’s mantras is taking what is learned at night and applying it to the next day.

Hopkins said to achieve a goal, make a list of what needs to happen and surround yourself with “can-do people” who share the same passion.

“My encouragement is set your goals, align your daily activities that need to happen to achieve that goal and check that regularly to make sure you’re on track,” Hopkins said. “Measure yourself and results, and if you’re falling short of achieving your goals, don’t change your goals, change your activities.”