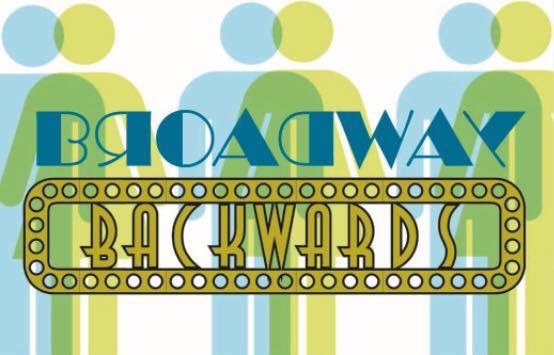 This Monday, April 10, a group of first-year students will perform “Broadway Backwards,” a comical musical theatre performance. The piece is a part of the Jordan College of the Arts collaborative show, “Works & Process: Student Collaborative Productions.”

“Broadway Backwards” features excerpts from many different musicals, including “Grease,”  “Hamilton,” “Hairspray” and “Shrek.” The production is “backwards” because many of the traditional genders are switched and some heterosexual romances are changed to LGBT romances.

The collaborative show is part of Butler Artsfest and features productions by students who have received JCA collaborative grants.

In order to receive the grant, students must organize a work that involves people from three different majors in the college. “Broadway Backwards,” which involves arts administration, vocal performance and theater students, will be featured as the second act of the show.

“We don’t make any artistic decisions individually,” Lause said. “We took song suggestions from the whole cast and everything, and even though there were set choreographers, the whole cast helped out with [choreography], too.”

While it was a collaborative effort, Lause said every student involved also had their own specific role, from music director to scheduler.

“We have four directors who are in the cast,” she said. “A lot of cooks in the kitchen. One challenge was that it was sometimes hard to find a balance between everyone’s ideas.”

Lisa Buhelos, first-year vocal performance major who served as the group’s scheduler and assistant vocal director, agreed organizing a student-run production can be challenging at times.

“With so many people who are all so busy, it was hard,” Buhelos said. “I had a color-coded calendar, trying to figure out times everyone could meet.”

The cast has been working on “Broadway Backwards” since January. All of the students are volunteers and they meet for rehearsals whenever they have free time. Buhelos and others in the cast volunteered for the show because they wanted more opportunities to perform musical theatre since Butler no longer has a musical theatre program.

“Musical theatre was my way into opera, which I’m studying,” Buhelos said. “So, it’s still really important to me. If I can perform musical theatre while I’m here, I will totally take the chance.”

In addition to being a student-run musical production, the show is also unique because of its flipped genders. Many traditional male roles are played by women, and vise versa.

“‘Broadway Backwards,’ since you’re switching genders, lets you do something you’re never going to do. I’ll never be able to perform boy’s roles,” Buhelos said. “But we’re not switching every role. We’re trying to convey a message in the end.”

“It’s not always in your face, because we just wanted to make it like real life,” Lause said about the songs they changed to feature LGBT characters. “And when you’re expecting to see a guy and a girl come out to sing a song but it’s actually two girls, it makes you think.”

The JCA collaborative show, featuring “Broadway Backwards,” will be at the Schrott Center for the Arts at 7 p.m. this Monday, April 10. It is a free event and a BCR. All of the performances will be collaborative student productions.

“I think the coolest part is we’re just freshmen. None of us have music degrees or credentials yet,” Lause said. “But it works and it’s so great because everyone here is so talented. If you ever watch me watch the show, I just smile the whole time.”