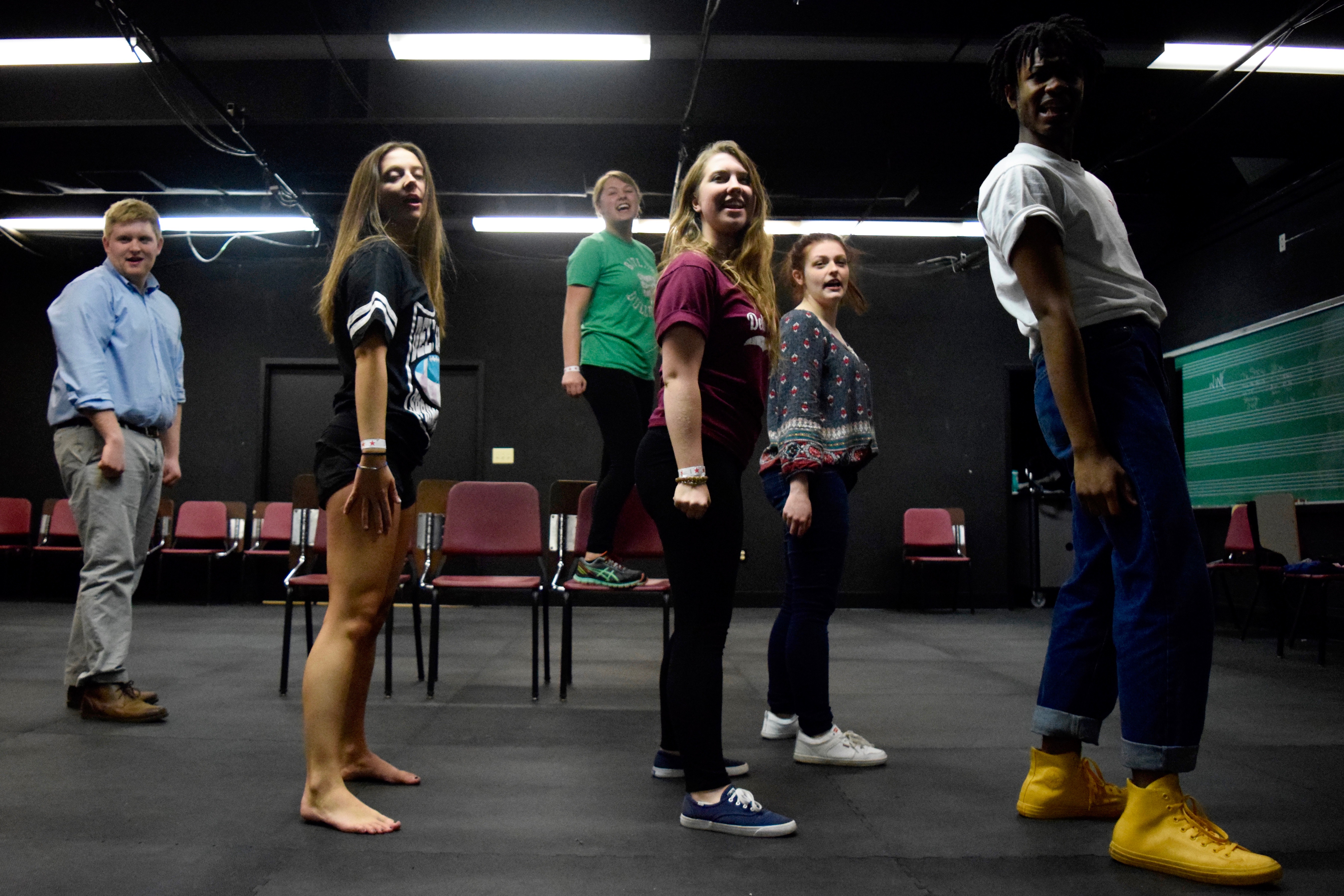 Butler Theatre presents “Love and Information” April 5 to 15. The play is the latest written piece by playwright Caryl Churchill. The story explores love in a world with a surplus of information.

Sophomore theatre major Olivia Anton said that while she has been in a Butler Theatre play before, last year’s “Our Town,” her experience in “Love and Information” is unlike anything she has done before.

“Even though it’s with the same director, the nature of the play is completely different,” Anton said.

First-year Theatre Major Elly Blevins also said Love and Information is unlike any other play.

“There are no character names, stage directions, or classical plot structure,” Blevins said. “It makes it a daunting task, but the play itself is all about people and how we communicate with each other.”

Anton said the play features over one hundred characters and over fifty scenes, with scenes ranging from being thirty seconds to a couple of minutes. The structure of the play is left completely up to the director to piece together how they see fit.

Anton said the cast and crew have been working hard since before spring break.

“We all have been switched around, we’ve been changing scenes and the order of the scenes up until last night, which goes along with the nature of the play,” Anton said.

First-year psychology and theatre double major Isaiah Moore said this is one of the most challenging plays to learn.

“First, we had to do weeks of just reading the dialogue with each other, repeatedly, until we found patterns and revelations Churchill conveyed in each scene of the play,” Moore said. “But not only did we try to find Churchill’s message, we also discovered what we as a cast wanted to present.”

Theatre professor William Fisher is directing the play. Anton said working with Fisher has been fun.

“It’s always something different. We go in and we know it’s time to work,” Anton said. “It’s funny because he’s a professor, but it’s more of a colleague-like relationship in that type of space where, yes, he’s directing us, but it’s a back and forth and a cool experience.”

Moore thanked Fisher for allowing the cast to collaborate with him to bring the play to life.

“Let me tell you, this play can only be done by a team and this ensemble and crew worked their tail off for this production,” Moore said.

Blevins said seeing Love and Information will be a unique experience for the audience. “It attempts to reveal aspects of human nature from a variety of perspectives,” Blevins said. “It’s confusing and heartbreaking and heartening and something everyone should witness.”

Anton said the play has something for everyone: science, mathematics, communication, English and the arts.

“It’s a fun play. It goes by like that, because the scenes are so short and you’re engaged the whole time,” Anton said. “You’re never bored. One piece of advice: sit there and enjoy it. Just let it happen.”