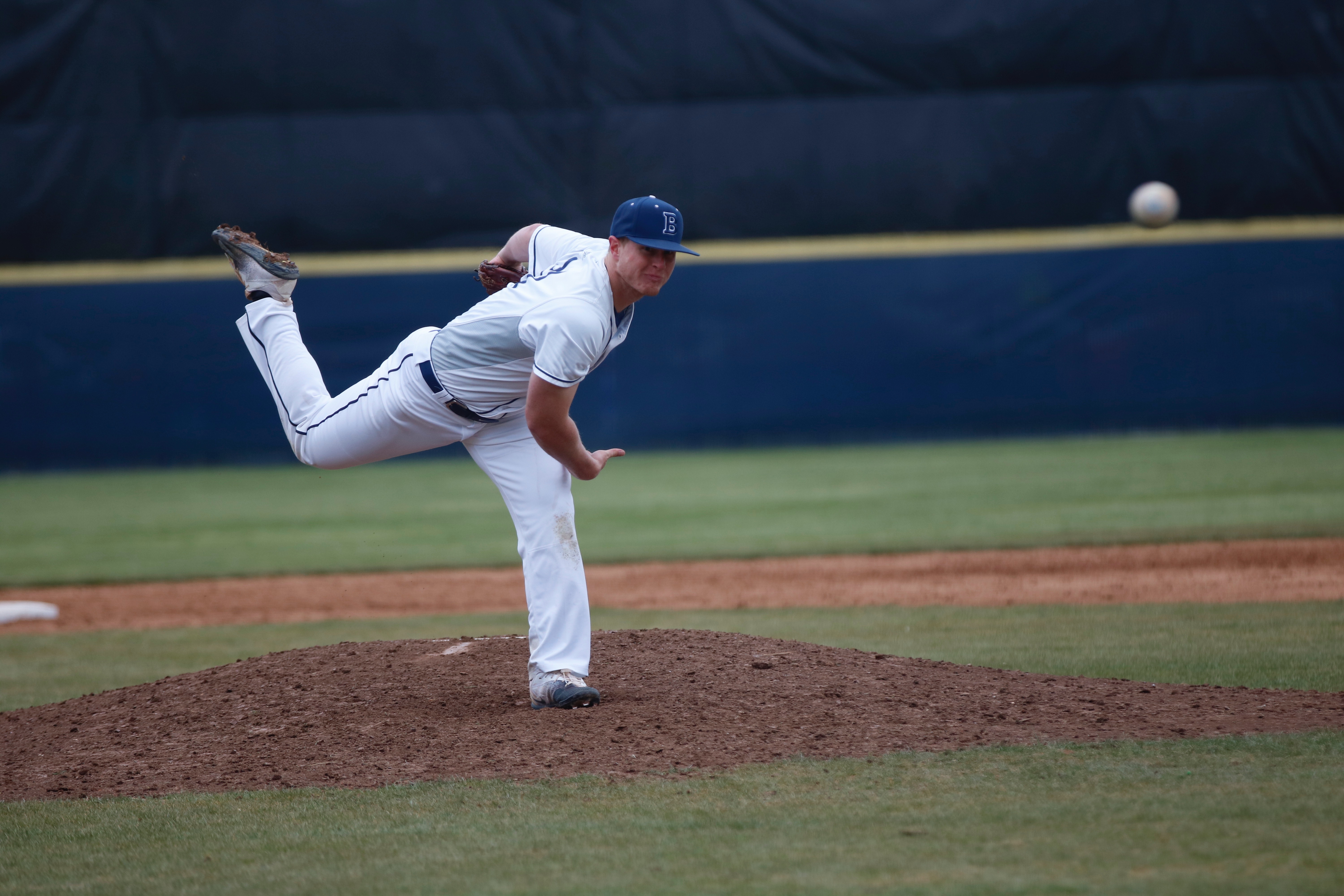 Brock Balderson sends a pitch off the mound. Photo by Jimmy Lafakis.

The Bulldogs started the series with a 6-2 victory on April 7. Senior pitcher Jeff Schank threw eight strong innings, giving up one run and four hits.

Junior outfielder Gehrig Parker’s two-run triple in the sixth inning gave Butler a 4-1 lead. Senior catcher Michael DiViesti was 2-for-3 on the day, scoring twice and driving in a run.

The Pirates took the April 8 game by score of 7-1. The Bulldogs’ lone run on the day came from junior outfielder Tyler Houston’s home run in the third inning.

The rubber match on April 9 went in favor of the Bulldogs, 4-1. Junior pitcher Connor Mitchell surrendered one run over five plus innings. Junior Garrett Christman threw four scoreless innings in relief of Mitchell to finish out the game.

The team will travel to Fort Wayne on April 11, followed by a three game weekend series at Bulldog Park against St. John’s University beginning April 13. The Red Storm are ranked No. 13 nationally in the most recent USA Today poll.