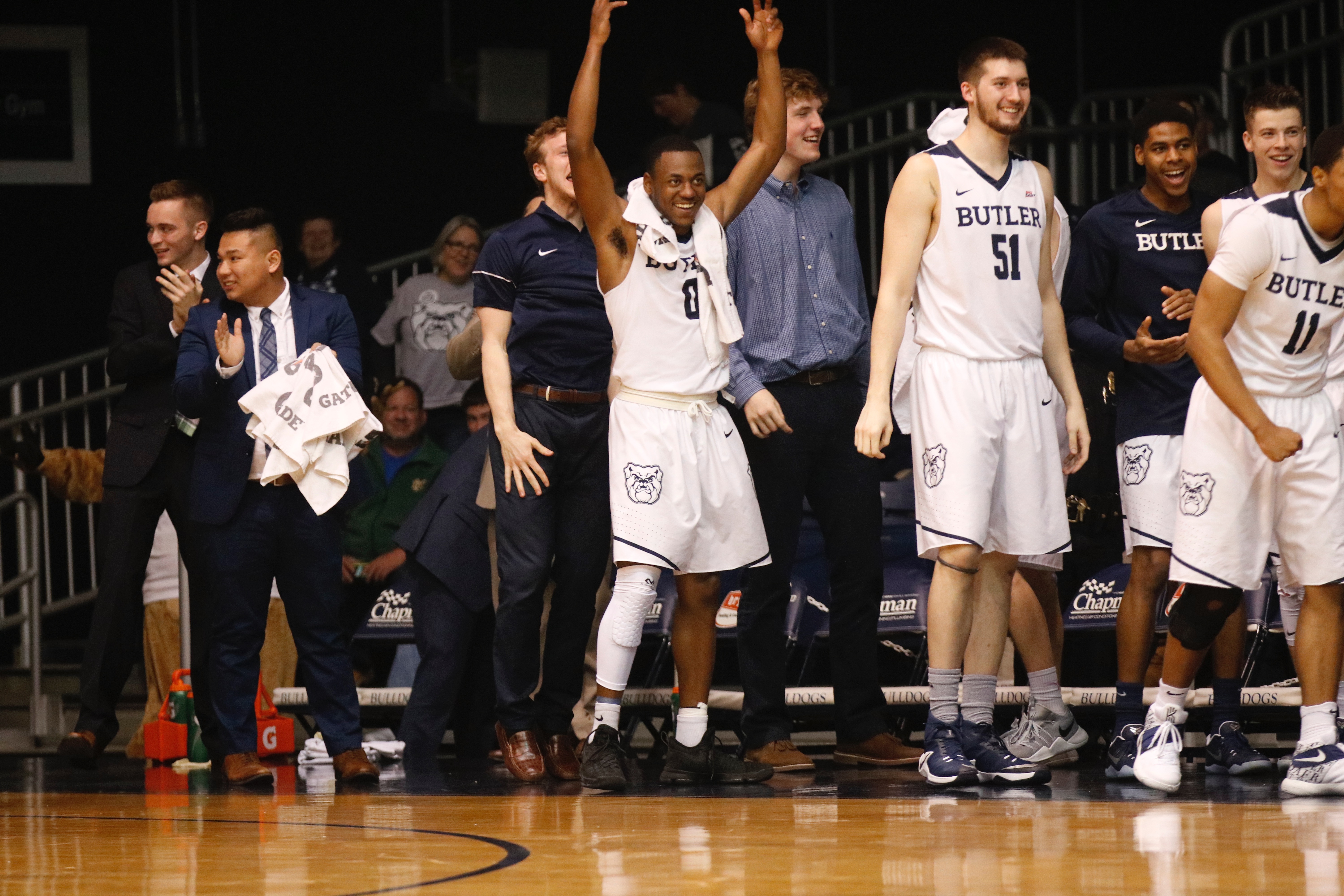 Avery Woodson emphatically celebrates with his teammates and managers on the bench. Photo by Jimmy Lafakis.

The No. 4 Butler University men’s basketball team chewed up No. 12 Middle Tennessee State University to make it to the Sweet 16 for the first time since 2011. Fans, alum, former and current players and even former coach Brad Stevens showed their enthusiasm on Twitter.

I haven’t been on twitter in a while.. but this calls for it! Memphis, I’m coming back!! #SweetSixteenBound

How sweet it is! From start to finish. #Dawgs https://t.co/pldbULXKuW

Looks like I’ll be walking in Memphis
Walking with my paws ten feet off of Beale
???#Sweet16#MarchMadness#NCAATournament #GoDawgs pic.twitter.com/yxJrAWHXim

Congratulations to @ButlerMBB Heading to another Sweet 16. Go Bulldogs!

The last two times the Bulldogs made the Sweet 16, they advanced to the National Championship. pic.twitter.com/8aCFKhE9Qs

When everyone outside of 46th & Sunset wants a new “Cinderella”, but you just show up and take care of business. pic.twitter.com/s3kBTdbXXE

Butler goes to the Sweet 16! Proud of you boys.

I am so happy right now.

This is because Kamar Baldwin is literally the energizer bunny https://t.co/WjrNjirCPP

Sixteen has never been so Sweet #dawgs ?

Butler’s first Sweet 16 since 2011. @MHoward54 and @ShelvinMack were still playing for the Bulldogs then.

.@ButlerMBB moves past Middle Tennessee by the score of 74-65. To the Sweet 16 the Dawgs go! pic.twitter.com/hfY6fJaqo0

Sweet dreams are made of this. #GoDawgs pic.twitter.com/hS6riy8JNQ