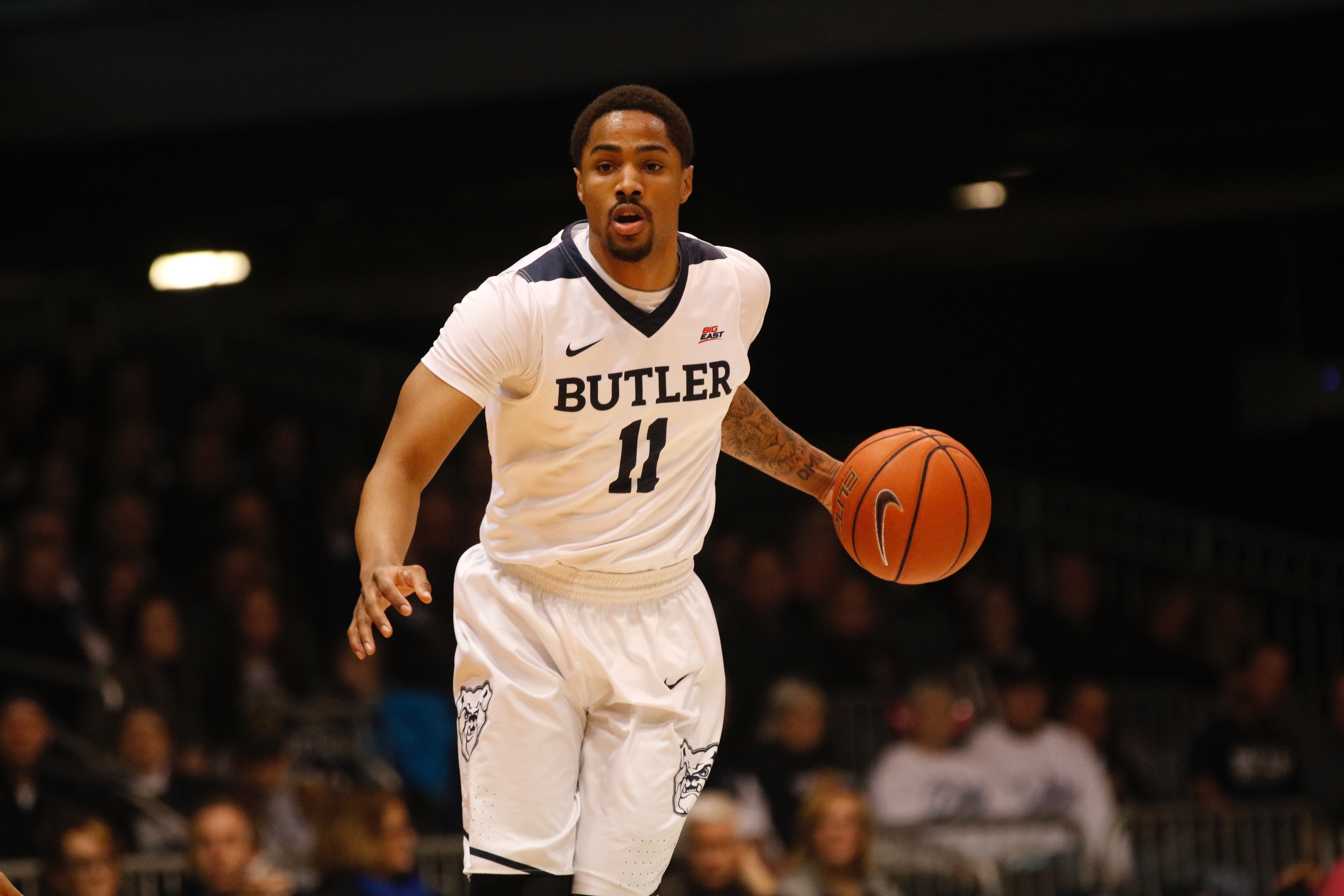 Kethan Savage dribbles the ball and looks to set up a play. Against Xavier, he scored 13 points. Collegian file photo.

The No. 18 Butler University men’s basketball team lost 62-57 to the Xavier Musketeers on March 9 in Madison Square Garden in New York, N.Y.

The game was knotted at 57-57 with 39 seconds left. Xavier’s Trevon Bluiett then hit a fadeaway elbow jumper over two defenders with 17 seconds left.

Kamar Baldwin and Tyler Lewis both had decent jump shot looks in their next possession, but they failed to find the bottom of the net.

Bluiett led all scorers with 23 points. Malcolm Bernard and Sean O’Mara scored 12 and 10 points respectively. Bernard finished with a double double after grabbing 10 rebounds as well.

Kelan Martin paced the Bulldogs with 15 points while Kethan Savage was the only other player in double figures with 13 points. Andrew Chrabascz pulled down a team high five rebounds.

Baldwin hit a corner three pointer just before the first half buzzer sounded to give Butler a 30-26 lead at the half. The Bulldogs used a mix of man to man and zone defense to hold Xavier to 36 percent shooting from the field and 20 percent from three point range.

With the loss, Butler is now 0-4 in the Big East Tournament and 22-5 following a loss under head coach Chris Holtmann.

Avery Woodson, who was 18-of-32 from deep in Butler’s previous five games, played 13 minutes and went 0-of-2 from deep.

Butler will find out who they face in the NCAA Tournament on March 12 during the selection show.