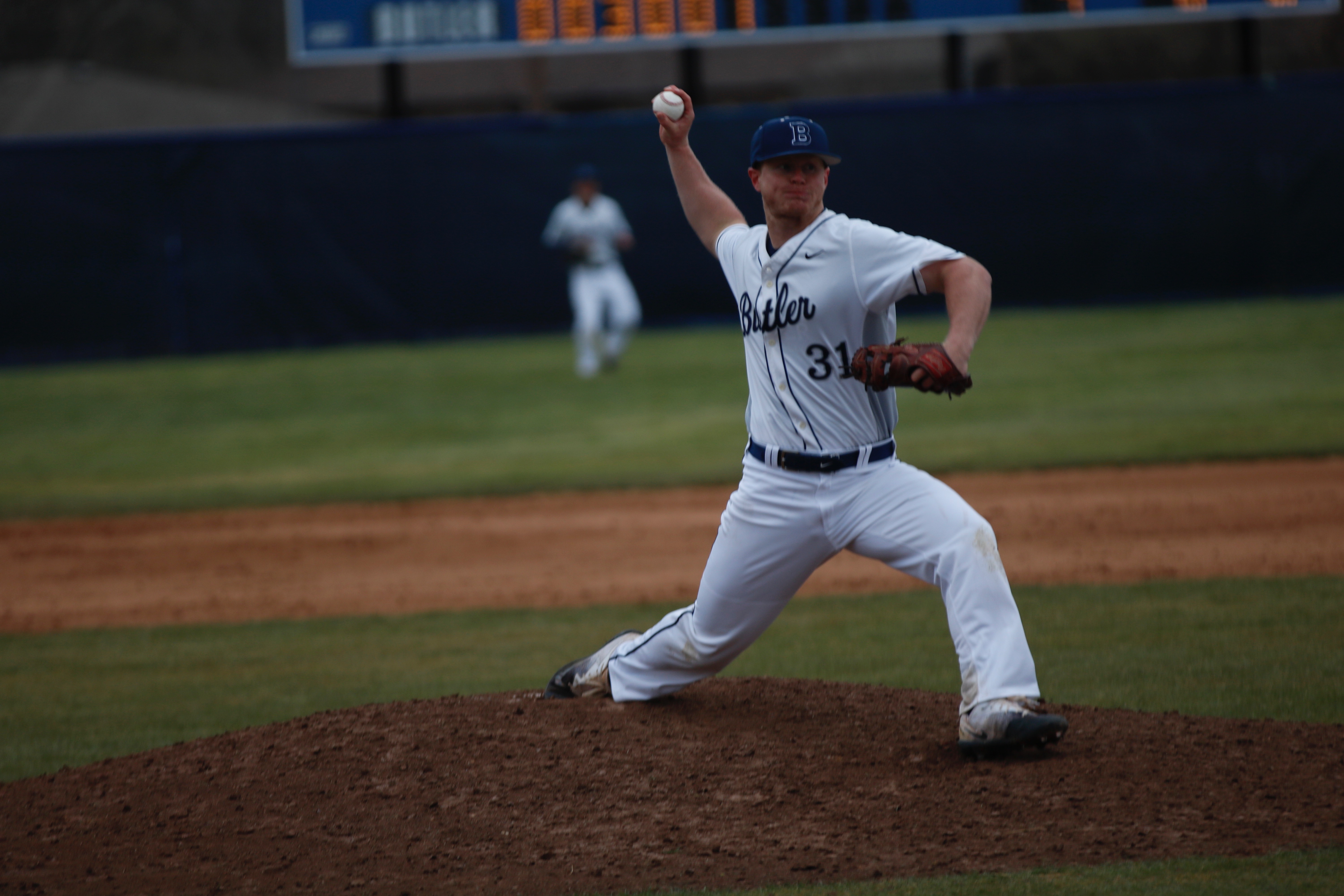 The Butler University baseball team went 2-1 in their weekend series against Saint Louis University at Bulldog Park, putting their record at 11-7 on the year. The Billikens entered the series at 14-2.

“I’m happy,” head coach Dave Schrage said. “It’s always tough when you don’t finish it off on Sunday, but we competed every game. We’re establishing something as far as our guys wanting to make Bulldog Park a tough place for teams to come in and play and win. They’ve got a good club over there and this was a good test for us.”

In the game on March 17, the Bulldogs entered the eighth inning trailing 3-2 before scoring four runs to take a 6-3 lead that held up. Butler’s runs were driven in by five different players with the sixth scoring on an error. Senior Jeff Schank gave up one run over six innings and struck out seven.

“We weren’t going to let them roll over us, especially at our home park,” senior shortstop Michael Hartnagel said. “That team is really good. Anytime you win the series it’s a good weekend.”

The Bulldogs looked to complete the sweep on March 19 but were unsuccessful. Saint Louis took a 4-2 edge in the sixth inning that turned out to be the final score as multiple rallies fell short for Butler.

“It’s hard to beat a team three times,” freshman outfielder Kyle Niemiec said. “You’ve got to come out with the mentality that it’s the first game of the series. We wanted to take this game but overall it was a great weekend.”