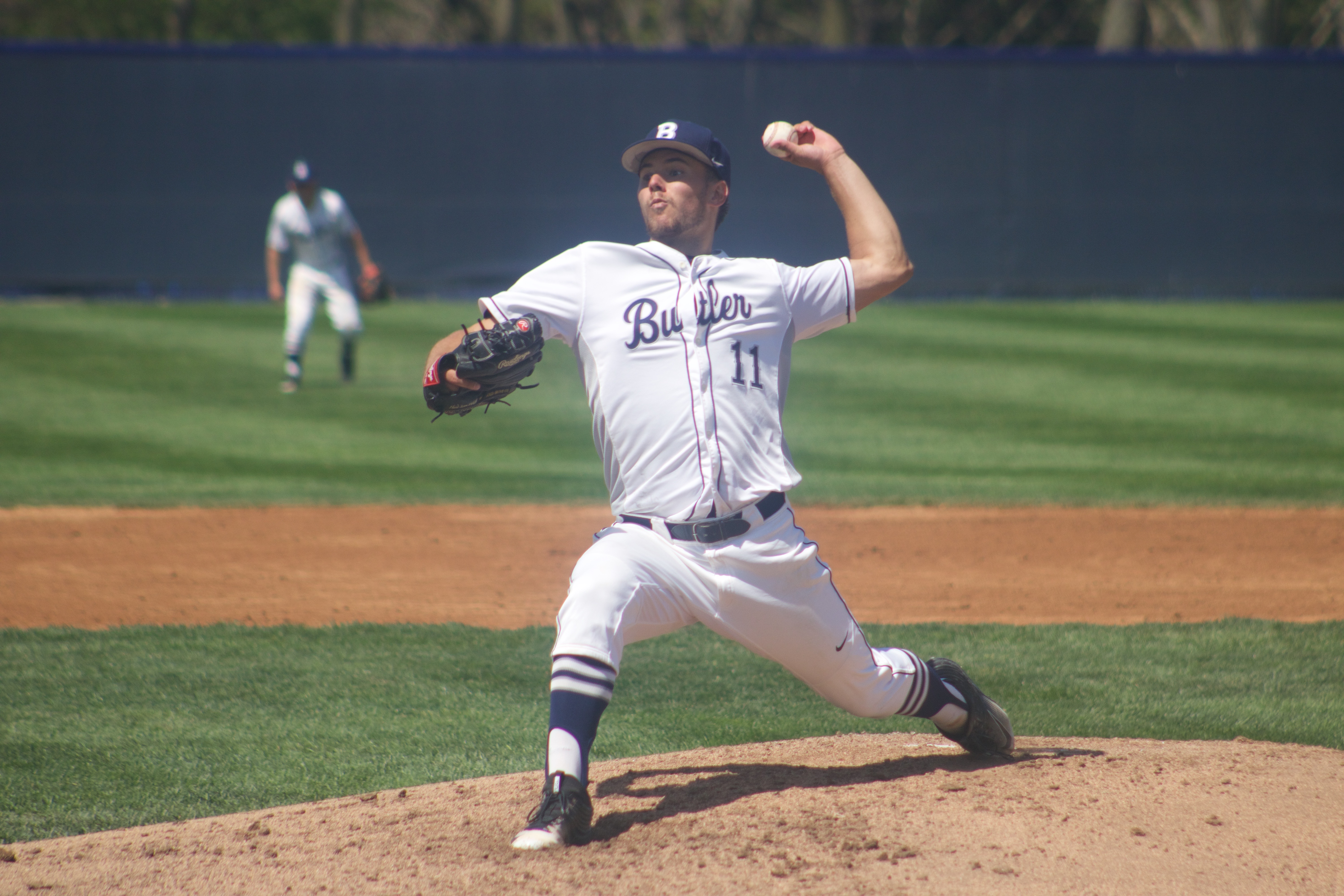 In the past, he relied on metal and heavy rock music to help get him ready to take the mound. This season, Schank’s pregame routine is much less intense.

“I zen out, do some yoga and really just don’t think about anything,” he said. “I get in this state of flow and try to trust the process and trust my preparation.”

The goal for Schank was to be calm and keep his mind empty instead of being amped up so that he can be locked in every time he pitches, he said.

The results speak for themselves. In his first six starts, Schank has posted a 0.88 ERA and a 2-1 record, including a complete game shutout against Indiana University-Purdue University Fort Wayne on March 10. He was named Big East Pitcher of the Week on Feb. 27 and has struck out 51 batters so far, only eight shy of his total from the 2016 season.

In addition to the mental changes, Schank has worked with new pitching coach Ben Norton on the physical side of the game. Schank said the program Norton instituted from his first day on campus has focused on maintaining shoulder and abdominal strength through the season. Running is also a key component.

Beginning with his sophomore season, Schank has been the top starter in Butler’s rotation, meaning that he usually starts the first game of weekend series.

“He’s improved physically,” head coach Dave Schrage said. “His fastball’s a lot harder than it was last year. He’s not afraid to throw his changeup and breaking ball in big situations. He has a little moxie out there, which you need in your Friday guy.”

Schank may have altered what he does before he toes the rubber, but his mentality while pitching has stayed the same.

“I know that when I go on that mound I’m the most confident person in the world,” Schank said. “I think I can beat anyone at any time. It doesn’t matter who I’m playing.”

For Schank, that confidence comes from knowing how much work he has put in and all the preparation he has done. On top of the training Schank does with Butler, he also added a workout using weighted baseballs through DriveLine, which is a data-based baseball performance program.

“Obviously all his stuff’s good,” senior catcher Michael DiViesti said. “You can say all you want, but it’s his mentality. The kid’s a grinder; shows up to the field every day with a lunch pail in his hand ready to grind it out. His mentality is the difference. He’s out there to win.”

The success Schank has had in his time at Butler led to an invitation to play in the Cape Cod League last summer, a showcase for elite college baseball players. He was released after roughly a month but was able to play in front of scouts for every Major League Baseball organization.

Invites for the Cape Cod League are by individual teams and not the league as a whole, so players are not guaranteed a spot on a roster if the team that invites them does not have room or wants to go in a different direction.“The Cape is the greatest league I’ve ever been a part of,” Schank said. “In college baseball, I don’t think there’s anything better. It’s the best players in one location just focused on baseball. There’s no school, nothing.”

In his four years at Butler, Schank has transformed himself from a lightly recruited player coming out of Naperville Central High School into a potential professional prospect.

“I would love for baseball to continue,” he said. “Right now, I’m focused on that completely. At this point, that’s the only thing I want to do. I want to obsess about baseball for a few years and see where it takes me.”

Schank and the rest of the Bulldogs will be back in action on April 1, taking on Eastern Michigan University in Chicago.