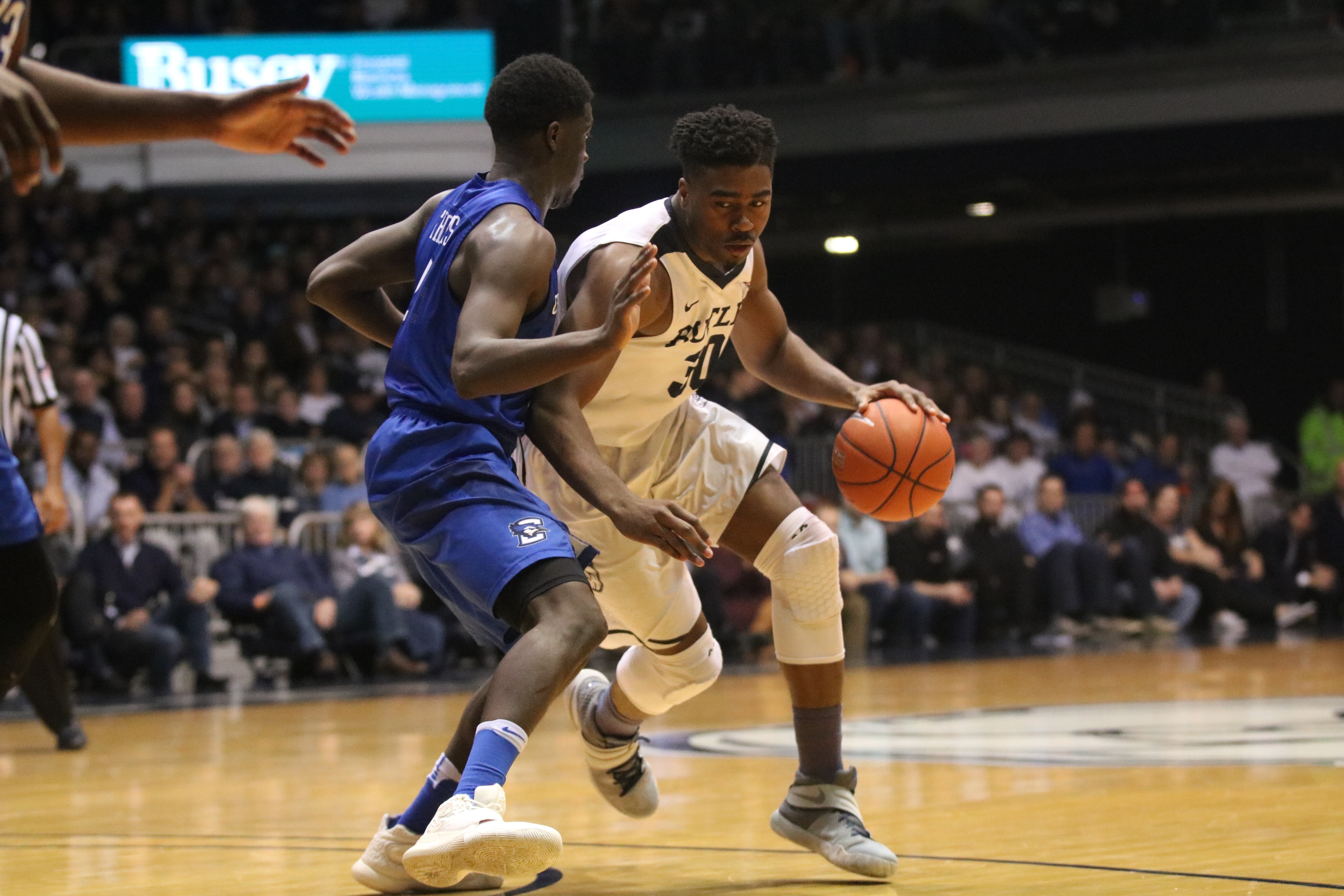 With the college basketball season coming to a close, the beginnings of what will become the NCAA tournament bracket are starting to take shape. There are a limited amount of opportunities left for the Butler men’s basketball team to significantly alter their body of work, for better or worse.

“To be ranked as a No. 4 seed, I think the history was a big deal,” Chelsea Groves, first year sports media major, said. “You cannot bet against Butler in March, and that’s something I think everyone in the country knows.”

While it is only the middle of February and the Bulldogs have five games left before the Big East Tournament, being viewed by the selection committee as having the 13th best resume in the country is paramount. It demonstrates Butler’s strength of schedule, which is seventh in the country, and large number of quality wins, including three victories over teams currently winning their conference (Villanova University, Arizona University, and the University of Vermont), are highly valued by the committee. They also defeated the University of Cincinnati, who is second in AAC standings.

With a little help, Butler could end Big East play in a tie for second place with a 12-6 conference record. In this scenario, the Bulldogs would face the likes of Seton Hall or St. John’s in the quarterfinals of the Big East tournament. A win there means a semifinal game against Creighton or Xavier, ideally followed by a victory over Villanova in the Big East tournament championship game to give Butler another marquee victory.

“In the Big East tournament, I really think anything can happen,” Brendan King, Dawg Pound executive board member, said. “I think this year they’ve got a legitimate shot just because of how crazy the conference has been. I don’t think I’ve ever seen the conference like this in four years.”

If everything in this hypothetical scenario occurs, Butler ends the season with a record of 26-7 including four wins over Villanova, Creighton, and Xavier. Considering how highly regarded the Bulldogs appear to be by the committee, it is safe to assume a strong end to the season, culminating in a Big East tournament championship, would get Butler a No. 3 seed in the NCAA tournament.

On the flip side, a realistic worst case scenario includes a loss in one of the three home games left and defeats on the road at Xavier and Villanova, followed by a defeat in the quarterfinals in the Big East tournament.

A 21-10 record is enough to get the Bulldogs safely into the NCAA tournament but with a less favorable seed. Assuming the worst, having three losses at home to unranked teams likely pushes Butler down to a No. 7 seed in this situation.

The most likely scenario for how Butler will finish out the season is somewhere in between the best and worse case scenarios. Of the five games still left on the schedule, it is reasonable to expect the Bulldogs to win at least three of them, probably the three at home.

Winning home games against St. John’s, DePaul and Seton Hall and losing on the road to Xavier and Villanova almost guarantees the Bulldogs finish fourth in the Big East Conference. Butler would play a team with a worse conference record in the Big East quarterfinals, a game they should win.

Unless chaos ensues, Butler’s semifinal opponent would be Villanova. Butler got the better of the Wildcats in Hinkle Fieldhouse, but repeating that feat is easier said than done. Assuming Villanova goes on to win the Big East tournament, that win on Jan. 4 will look even better for the Bulldogs. If this is the case, Butler’s plethora of victories over solid opponents and the difficulty of playing in the Big East should place Butler as a No. 5 seed when the NCAA tournament field is announced.

“I think they’ll take into account that we had some really, really good wins earlier in the year,” Adam Habel, first year exploratory studies major, said. “I think especially because they have us right now at a No. 4 seed, realistically, we will only drop to a five seed.”

March Madness is right around the corner and conference tournaments begin in less than a month. The Butler Bulldogs figure to be participants in the “Big Dance,” as the NCAA tournament is sometimes called, but the final stretch of the season will play a vital role in determining what seed the Dawgs end up with on Selection Sunday, March 12.