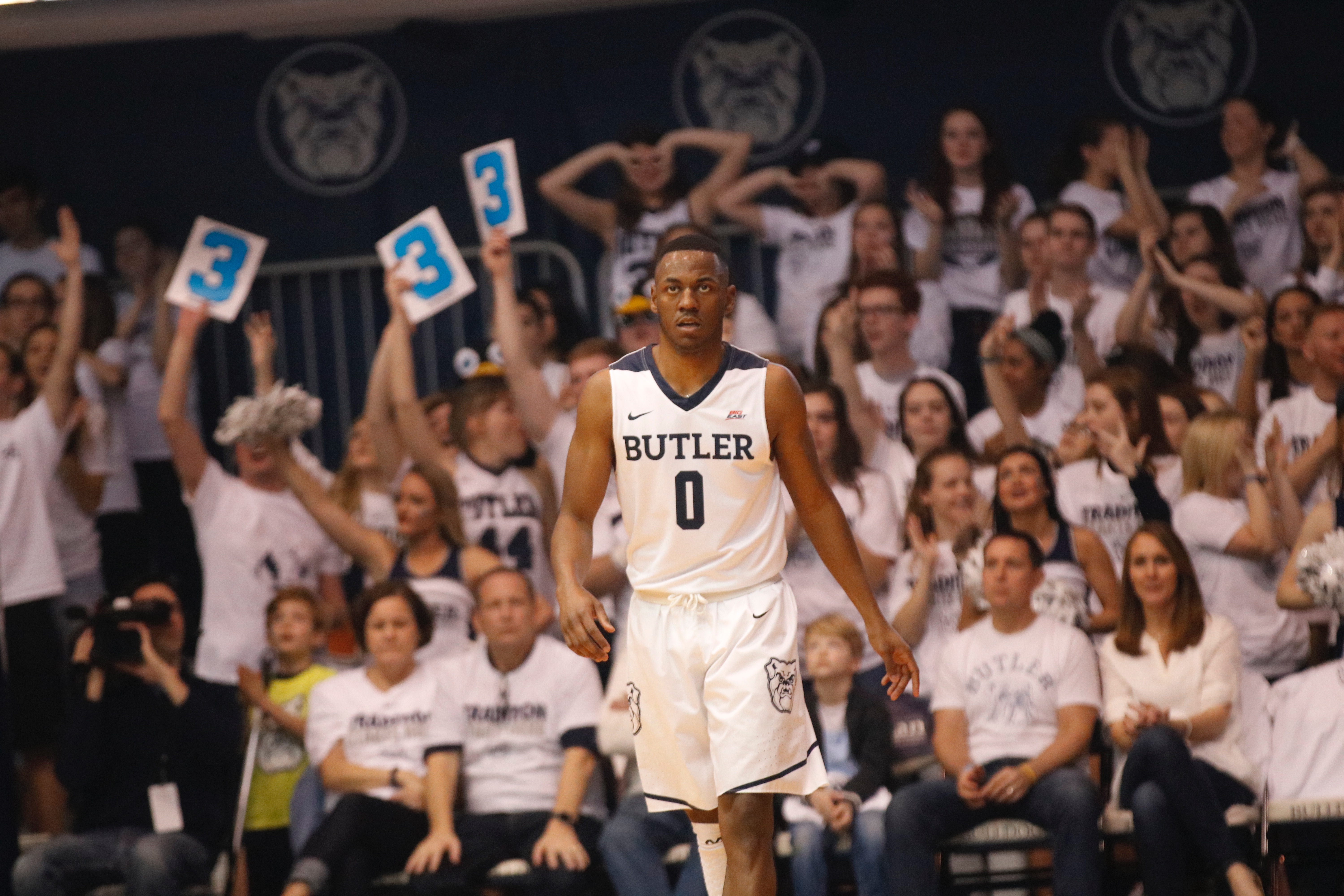 Avery Woodson locks in on the game while the Dawg Pound lingers behind him. Photo by Jimmy Lafakis.

No. 22 Butler University pulled out the broom and swept No. 2 Villanova University on Feb. 22. The win was not only the Bulldogs’ second win over Villanova this year, but in Butler’s storied basketball history. Here’s how the world reacted to the win on social media.

@ButlerPrez if we can end Nova’s 48 game home win streak, can you cancel my 8am for tomorrow? #GoDawgs

Too late. If only you had asked at halftime. Now get some sleep. 8am is just a few hours away. https://t.co/N1NJvAnq1R

Great day to be a dawg!

There is just something special about Butler. I feel like I say that a few times a year.

Too late. If only you had asked at halftime. Now get some sleep. 8am is just a few hours away. https://t.co/N1NJvAnq1R

In a building Villanova doesn’t lose in. Yeah, whoa. https://t.co/5v6KlZJEJP

You can go to bed now.

Bring out the brooms, it’s a season sweep #GoDawgs

Its a good day to be a dawg! Congrats @ButlerMBB

INCREDIBLE!!! @ButlerMBB wins at #Villanova! They sweep Nova. If #Butler is not playing in Indy 1st Rd with this resume would be a shame!

Butler has very good doggos. 14/10 would go on heart medication for.

Outside our window, students are singing the @butleru War Song. #ilovebutler

Butler: loses to St.johns, Marquette at home and ISU

When you sweep the defending national champ in conference play. pic.twitter.com/mtddjttja0

First visiting team in the last 49 games to walk out of here with a W. Always proud to be a Dawg…some nights more than others. pic.twitter.com/VVnkfOyoQG