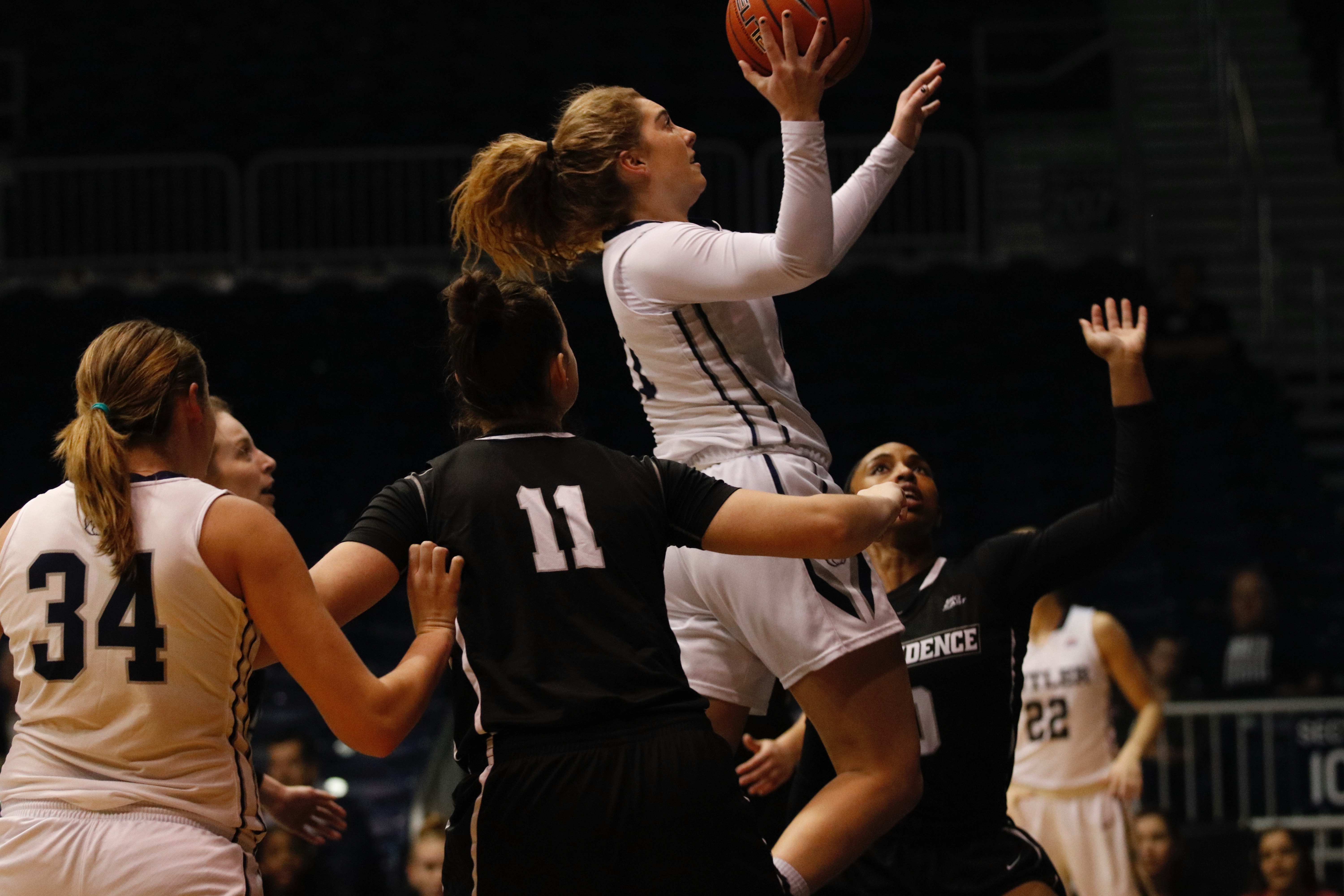 A win looked promising in the first half, but the Butler University women’s basketball team fell to Creighton University 65-53 in their last regular season game on Feb. 26 at Hinkle Fieldhouse.

The Bulldogs started off the game strong and finished the first quarter leading 16-14. Sophomore guard Alexa Bailey came out hot at the start of the game by scoring the first six points of the game. She finished the game with a season-high 16 points.

Creighton took the lead in the second quarter to end halftime with a score of 32-26. It was not until the third quarter where the Bluejays really took the lead. Marissa Janning finished the game with 27 points, and Brianna Rollerson and Jaylyn Agnew each posted 12 for Creighton.

This Creighton win solidified their title as co-champions of Big East Conference regular season along with DePaul.

Sophomore forward Tori Schickel also had a stand out game for the Bulldogs. She finished with another double-double, tallying up 16 points and 11 rebounds.

With the regular season finished, the Bulldogs will head to the Big East Tournament March 4 at the Al McGuire Center on the Marquette University campus. Butler is a No. 10 seed and will play No. 7 seed Xavier University at 4 p.m.

Heading into the postseason, Schickel said the problem the Bulldogs need to work on most is playing a complete game from start to finish.

“A lot of it is finishing games,” Schickel said. “We have played with everybody for pretty much the last half of the season, so we really need to get that energy up at the end of the game and push through, because we know we can compete with them now. It’s just getting through to win the game.”