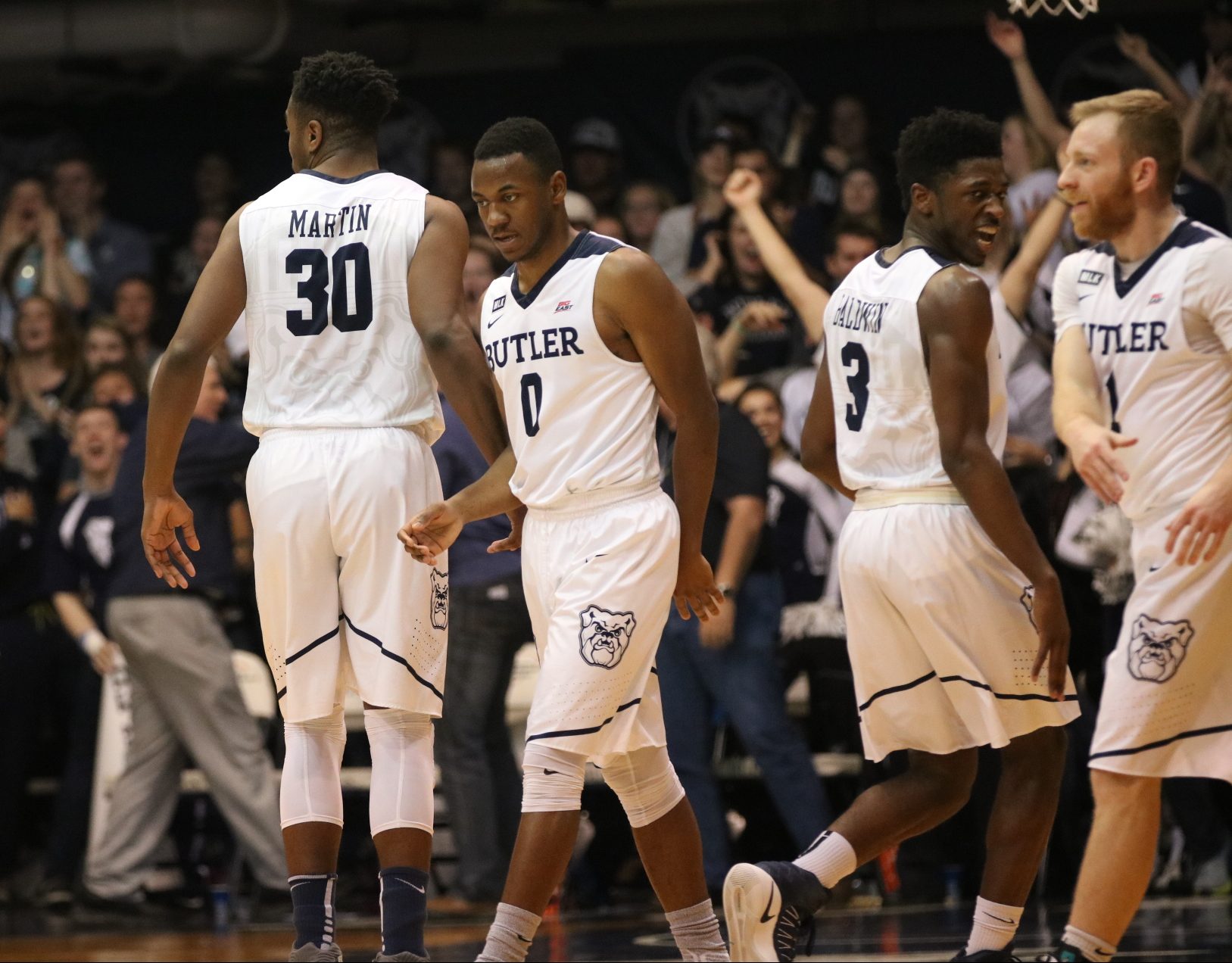 The No. 16 Butler men’s basketball team has been trailing at the halfway mark in seven of their last nine games. The Bulldogs are 6-3 in that nine game stretch.

“Some of it is that we aren’t making shots,” senior forward Andrew Chrabascz said. “We have a stat regarding how many 4-foot shots we are missing, and the number is high.”

Butler Head Coach Chris Holtmann cited half-court offense as a reason for the first half struggles to go along with shots not falling.

While the first half struggles are due in part to the struggling offense, first half defense has also been a concern for the Bulldogs.

Marquette guard Markus Howard was a problem for the Butler defense, scoring 16 points in the first half against the Bulldogs on Jan. 16.

Opposing team’s guards having big games has been something Butler has struggled with. DePaul’s Eli Cain finished the first half on Jan. 21 with 21 points at halftime.

However, Butler’s defensive and offensive stats improve in the second half after struggling in the first half.

Butler followed up their two worst halves of the year with two of its best this year. Against Xavier, the Bulldogs responded with a 58-point second half, shooting 56 percent from the field and 91 percent from the free throw line while holding Xavier to under 50 percent shooting overall.

Butler shot 32 free throws in the second half against Xavier.

“We came out more aggressive in the second half,” freshman guard Kamar Baldwin said. “We focus on getting to the basket more and getting to the free throw line.”

Butler’s aggression on the offensive end is a result of the energy on the defensive end.

“Coach tells us to come out with more energy and play really hard the first five minutes,” Baldwin said. “The offense will come, but defense has to come first.”

The Bulldogs success starts with the defensive end.

Butler’s defense showed signs of improvement at Seton Hall, limiting the Pirates to only 19 points in the first 20 minutes.

“We had a really solid first half at Seton Hall,” Holtmann said. “The challenge now is doing that every night. Our focus right now is just improvement and growth.”

Halfway through the Big East Conference schedule, Holtmann and the Bulldogs look to continue to get better every night.

The Butler men’s basketball team is back in action next Tuesday when the Bulldogs travel to Marquette to face the Golden Eagles at 9 p.m.