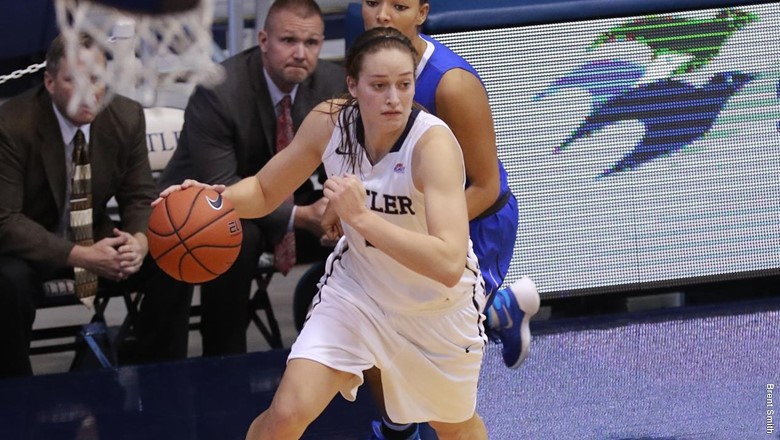 The setback at D.J. Sokol Arena drops the women’s overall season record to 3-9. The team is still looking for a win outside Hinkle Fieldhouse with a 0-5 road record. The Bulldogs came off a 61-34 loss at the University of Wisconsin-Green Bay on Dec. 20.

A slew of five 3-pointers gave Butler a 21-14 lead over Creighton in the first quarter. Freshman guard Sydney Shelton opened the game with a 3-pointer to jumpstart the offense and was followed by a 3-pointer from sophomore guard Michelle Weaver. Weaver led the team with 18 points.

Despite maintaining their lead in the first half, the Bulldogs fell behind by six points after a sluggish third quarter. Weaver and forward Tori Schickel each chipped in a layup for the team’s sole points in 10 minutes. Butler’s field goal percentage dropped to just 13 percent in the third quarter.

Creighton opens the 3Q on a 9-2 scoring run to take a one-point lead. TO BU

The Bulldogs finished the game shooting 31 percent from the field, compared to the Bluejays’ 40 percent. While 3-pointers served as a strong suite for Butler, going 5-10, Creighton countered with six 3-pointers of their own.

Marissa Janning and Audrey Faber led the Bluejays with 17 and 16 points, respectively.

Schickel led the team with 14 rebounds and currently ranks 2nd in the conference with 9.7 rebounds per game.

The Bulldogs will continue their road trip at Providence College on Dec. 30 at 12 p.m.