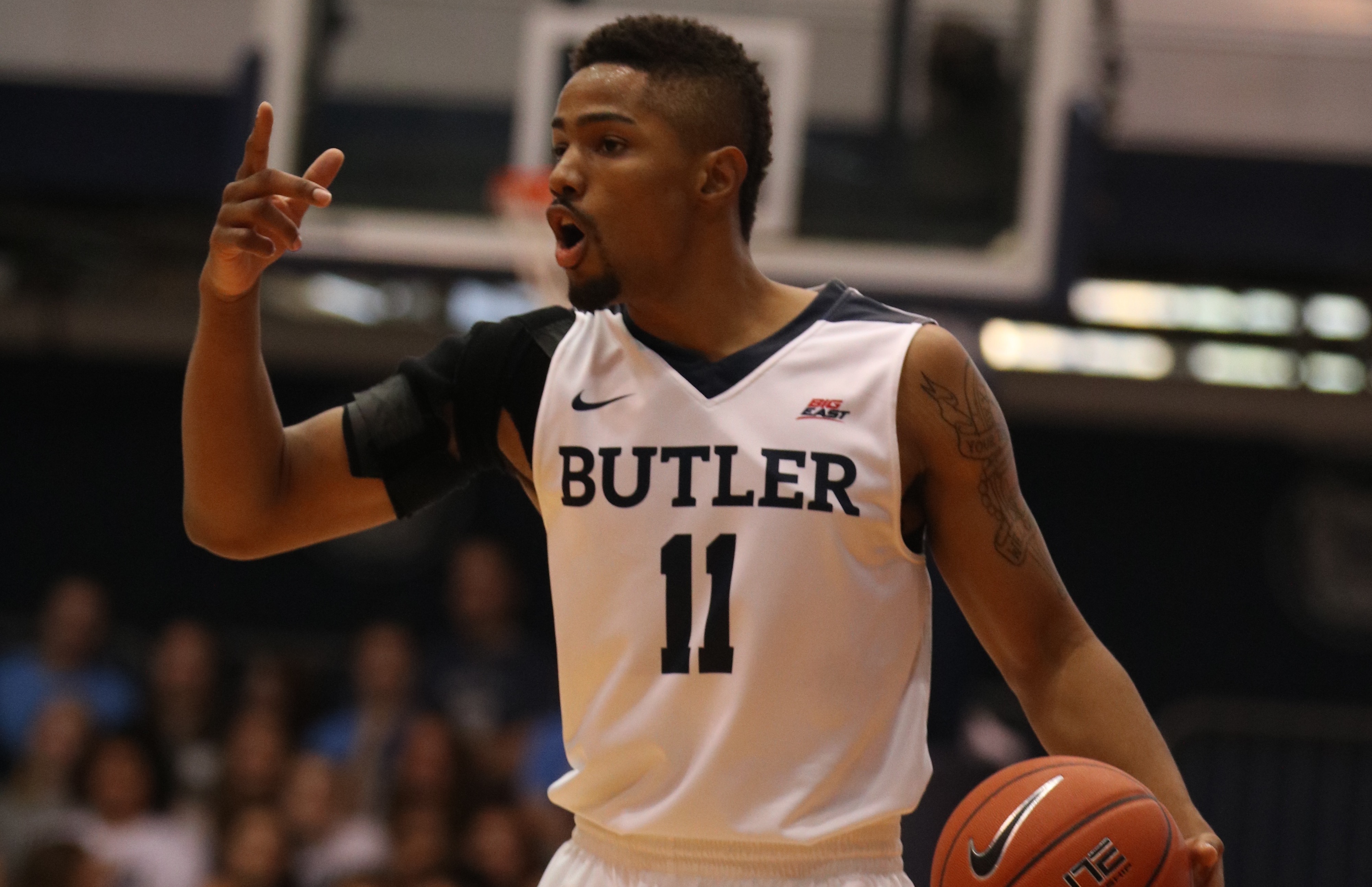 The Butler men’s basketball team added talent to the 2016-17 squad, both on and off the court.

After spending eight seasons on the sidelines with former Duke University standout Johnny Dawkins at Stanford University, Schrage left the bay area for Indianapolis in May. Woodson said Schrage has already made an impact.

“I look forward to talking to him each and every day,” Woodson said. “He’s full of wisdom, and he’s coached under many great guys.”

Schrage graduated from Indiana University in 1998 as a student manager under Hall of Fame coach Bob Knight. He also spent time as an academic and recruitment coordinator, as well as director of basketball operations at Duke from 1999 to 2008. Schrage said the transition has been easy.

“I love being around our guys,” Schrage said. “I’ve been with programs with high character individuals. It’s been a blessing walking into Hinkle where you get goosebumps everyday.”

Schrage is originally from O’Fallon, Ill.. He and his family moved to Atlanta when he was nine, and he is a huge Atlanta sports fan. Schrage said he is excited for this season to start and for his family to become part of the Butler family.

Schrage is not the only one to have success elsewhere. Woodson is a transfer from the University of Memphis. He graduated with an undergraduate degree in sport and leisure management and takes graduate classes in his last year of eligibility. In high school, he led Wayne County in back-to-back Mississippi 5A State championship games.

“I’m from a small town of about 5,000 people,” Woodson said. “And a lot of people don’t get the opportunity to play college athletics, especially where I’m from.”

Last Chance U, a documentary on East Mississippi’s football team, has brought fame to the rural community college.

“I’m actually friends with a few guys on the show,” Woodson said. “Ronald Ollie is one of my best friends from home. Everything you see in that show is reality.”

Woodson has many accolades off the court. He was on the dean’s list three semesters at Memphis, as well as the Tiger Academic 30, which honors the student athlete with the top grade-point average on each team.

“It was always important for me to get my degree,” Woodson said. “And that’s something my parents stressed to me when I was very young.”

Though Woodson has only been with the team a few months, he said he has already been welcomed into the group.

“Butler just seemed like a good fit for me,” Woodson said. “I feel like I relate well to a lot of the guys on the team. The entire team, we really get along and have a lot of fun together.”

Another transfer preparing for action is Savage. After having to sit out a season due to NCAA transfer regulations, Savage said he is excited to be back on the court.

“It means a lot to me to be back on this court,” Savage said. “I’ll have a lot of emotion, even in the exhibition games.”

“When I play, I play with a chip on my shoulder,” Savage said. “I love to win, and I love to work hard.”

Savage’s basketball mentality is not only known to him. His teammates noticed his dedication throughout the preseason.

Woodson and Savage join the team after Butler lost four seniors. Though the season has not started, the coaching staff thinks the transfers have added leadership on the court.

“They can’t come in and be different than what’s been built here,” Schrage said. “I’ve been so impressed with them as young men, and they just want to be part of something bigger than themselves.”