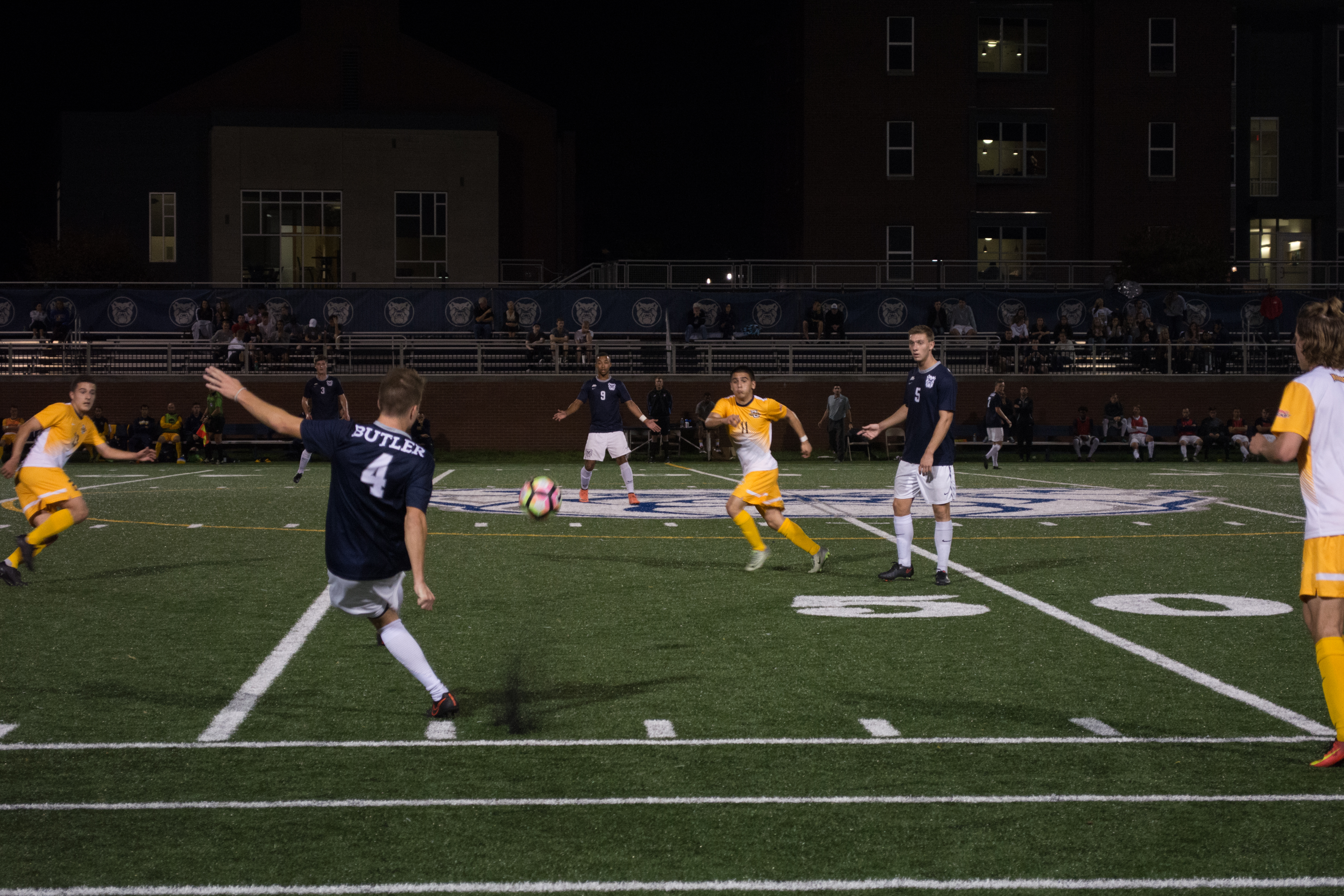 Head coach Paul Snape had no doubt that this was a difficult game for his team.

“This was one of the toughest games of the season,” he said. “We knew they were a good team, but they took their game to another level. It took everything in our boys’ energy and focus to respond to them.”

Villanova began the game with an advantage. Each team played a hard defense, making it hard for either team to score. Butler’s first close shot came in minute 23 as Marco Charalambous’ shot came within inches of the net.

After the sluggish start, Butler caught back up to Villanova by the time halftime rolled around. At the half, each team had four shots, one shot on goal and one save. Villanova had six fouls, and Butler had four. Villanova beat Butler in the shots on goal category, 3-2.

The Wildcats kept the Bulldogs chasing them in the second half. Villanova had the offensive advantage, outshooting Butler 8-7. Villanova added five shots on goal, while Butler had just three.

“It was a tough game,” senior forward David Goldsmith said. “Both teams are pretty equal. Both first half and second half, each team had a couple chances, but nobody could really break through [to score a goal].”

Butler did have a defensive advantage over Villanova. Goalkeeper Eric Dick tallied up four saves in the second half, compared to two by Wildcat goalkeeper Will Steiner.

It took two overtimes for the match to be decided, and it was after regulation that Butler began to take charge.

In the first overtime, Butler outshot Villanova one to zero, and the Wildcats accumulated three fouls, while Butler kept it clean with none.

In the second overtime, Butler outshot Villanova again, but this time two to one.

It was the shot from freshman midfielder Lewis Suddick with three minutes remaining that sealed the win for Butler. Suddick shot the ball from 20 yards out to Goldsmith. Then, Goldsmith had a header that sent the ball directly past the goalkeeper and advanced the Bulldogs into the championship game.

“I was just trying to get in the box, really,” Goldsmith said. “[Suddick] did a great job putting it in the box, and it’s my job to get there, get something on it and, fortunately, it went in.”

Butler will host No. 4 Creighton University on Sunday at noon for the Big East Championship game. The game can be seen live on Fox Sports 2.