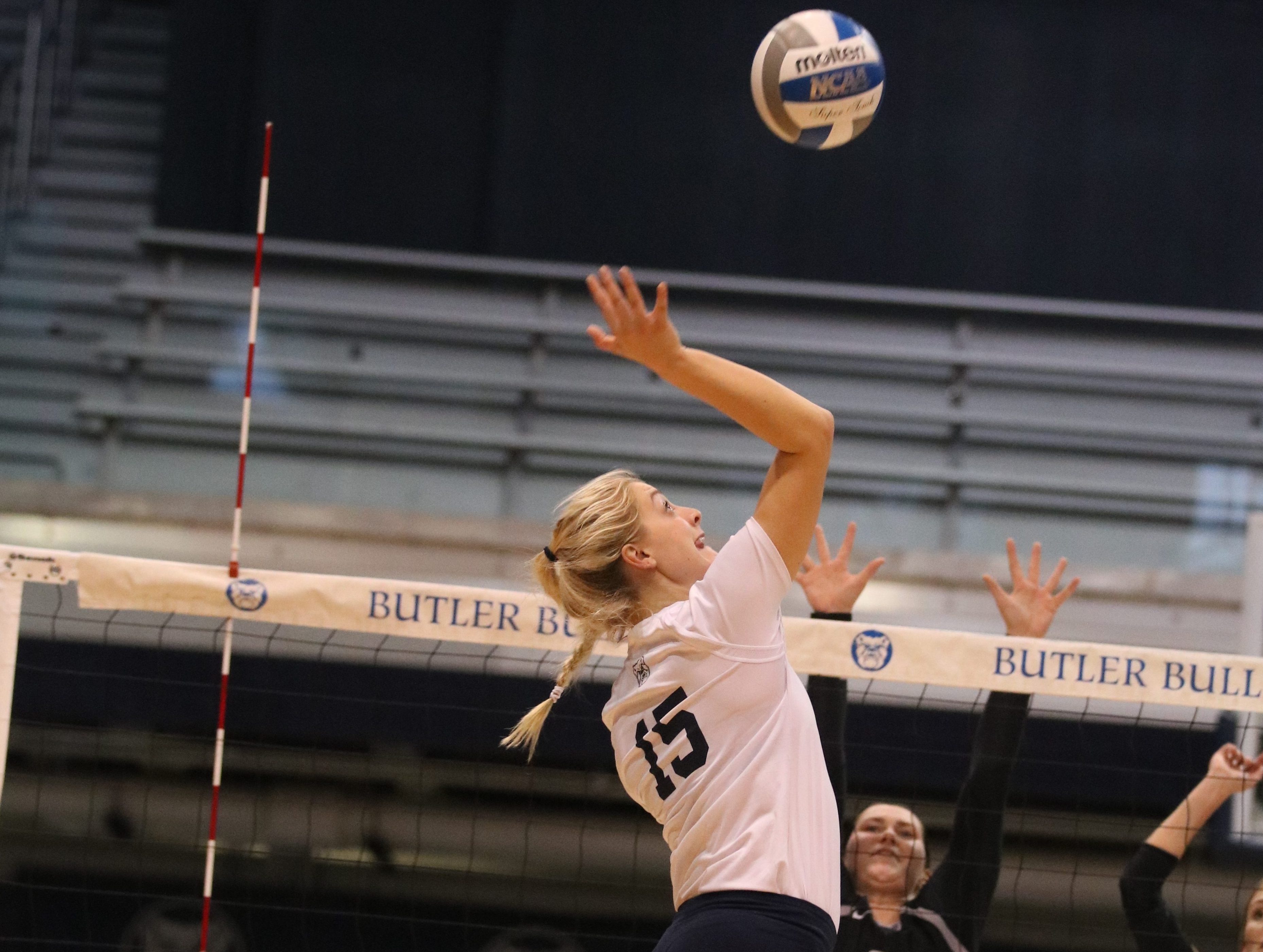 Sophomore outside hitter Anna Logan led Butler with a team-high 20 kills. Logan said it felt great to win the third and fourth sets and the Bulldogs have more confidence to finish matches.

“We are ready to come out much stronger,” Logan said. “We want to finish games while we have the other team down.

Butler fell to 13-10 (2-5 Big East). Junior setter Makayla Ferguson, who finished with 48 assists and 15 digs, said Butler is looking ahead to their Big East matches during the weekend.

“We are just trying to focus in on how we can beat Georgetown and Villanova,” Ferguson said. “We are not going to dwell on this loss.

Sophomore libero Taylor Takeda was another bright spot for the Bulldogs. She contributed a team-high 21 digs. Head coach Sharon Clark said she was proud of important aspects in her team’s performance.

“We hit well tonight and passed well from a great serving team,” Clark said. “We are going to focus on finishing games when we have the momentum.:

Butler will face off against the Villanova Wildcats on Friday, Oct. 14 in Hinkle Fieldhouse. The first serve against the Big East foe is scheduled for 6 p.m.