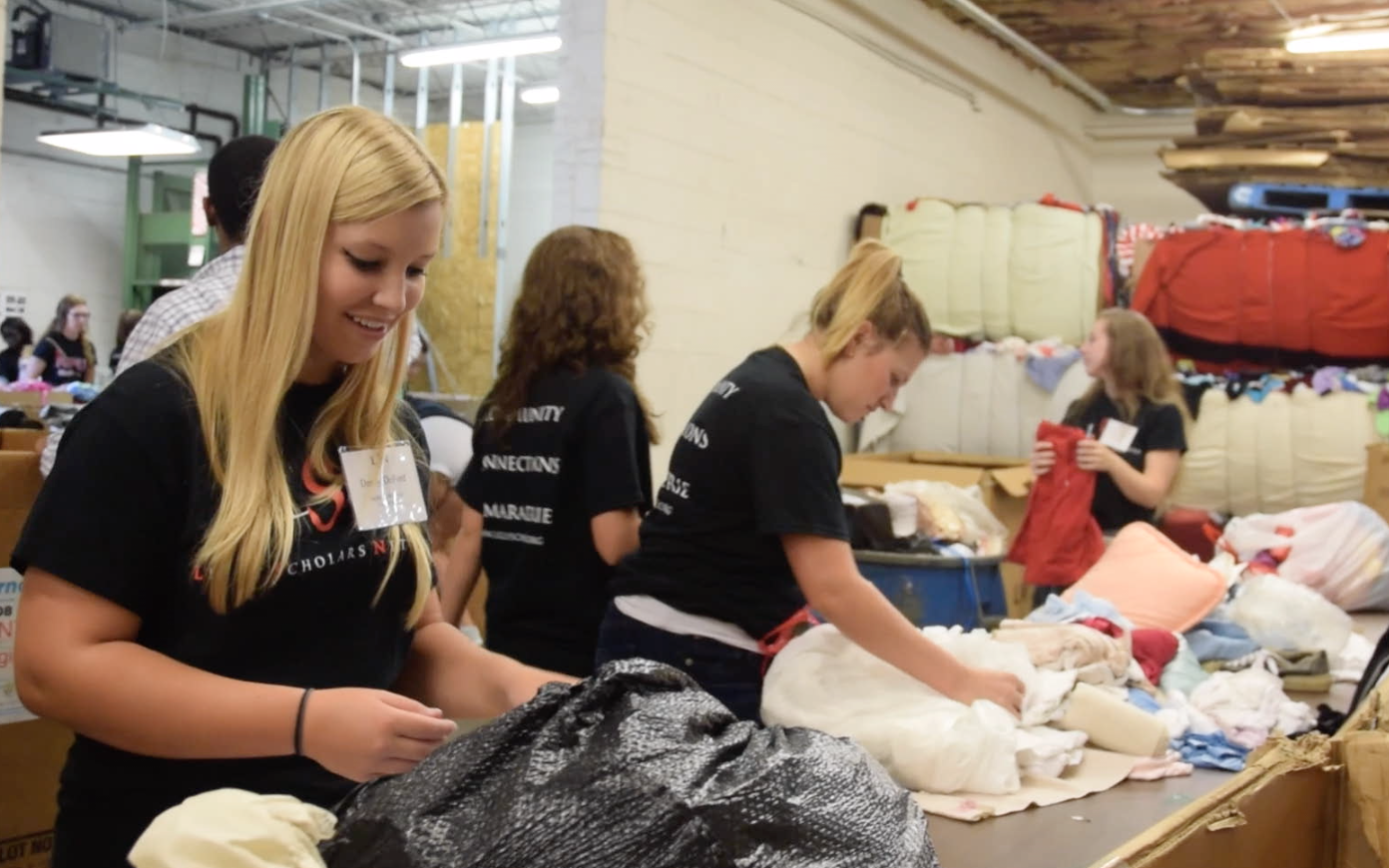 The program gives out more than 100 full-ride, four-year scholarships to any college or university in Indiana.

For sophomore Ted Field, the scholarship program gave him the opportunity to attend his top choice for college.

“I would not have been able to afford to go to Butler if I hadn’t receive my scholarship,” he said. “I’m very lucky. I’m so privileged to have an opportunity like this.”

He said he still remembers how he heard the news.

His high school principal said Field and his mother were both needed for a meeting.

Then, he said he rounded the corner to the main office and was greeted by lots of smiles, cheers and hugs.

“I was blown away,” Field said. “It was so exciting and overwhelming.”

This year, 21 of the recipients statewide chose Butler. The university has almost 70 scholars, which amounts to $2.5 million of tuition each year.

Now Field and other Lilly Scholars pay it forward by serving their community.

The Lilly Scholars Network hosts an annual retreat based on service and leadership for its current scholars and alumni.

This year, the 50 attendees volunteered at Wheeler Mission, a homeless shelter, soup kitchen and thrift store in Indianapolis.

The scholarship recipients sorted through boxes and boxes of donations, prepared clothes to be sold in the shelter’s thrift store, and also had some fun getting to know their fellow scholars.

“Being able to help, at least in the best way that I can, has been really awesome,” Field said.  “Coming together and helping out some people who really need it, I mean, there’s nothing better.”

About a dozen Bulldogs served at Wheeler Mission, with the whole group donating more than 150 service hours to the cause.

Bryana Schreiber, the vice president of service for the Lilly Scholars Network, said she is always inspired by the influence and good the whole group can accomplish when they come together.

“Seeing the scholars here this morning gave me goosebumps and is giving me goosebumps now,” she said. “It’s so powerful to see a large group. We have people from different universities from the inaugural class of scholars from 1998 to college freshmen.”

The retreat ended with three guest speakers who gave presentations on philanthropy, finding passion and the future.