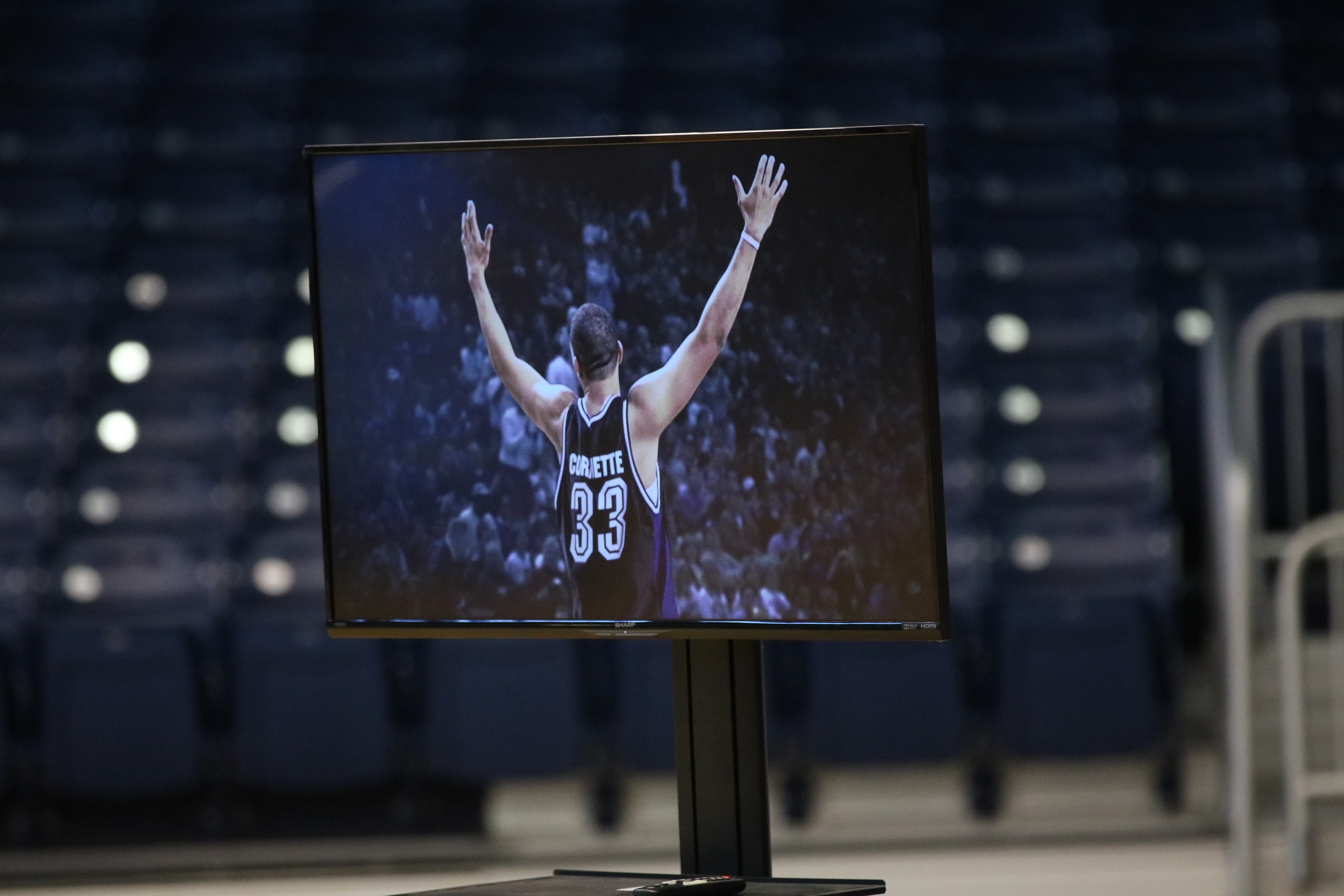 Joel Cornette featured on a television at a memorial service in his honor at Hinkle Fieldhouse on Monday.

Joel Cornette never asked for anything. He wanted to work for everything he had. The attendees at his celebration of life on Monday all came from different backgrounds, but everyone at Hinkle Fieldhouse could agree upon one thing.

The irony of Cornette’s death is striking. The man who had a heart larger than life died because of an enlarged one.

Friends, family, teammates and coaches honored 35-year-old Cornette with words, love and tales from the past. Cornette, who died last Tuesday, played basketball for Butler from 1999 to 2003. He hailed from Cincinnati and attended Saint Xavier High School. He did not grow up with a basketball hoop in his driveway but dedicated himself to his craft, scoring 1,100 points and grabbing 712 rebounds in his career.

“I’d give anything to be the man he was,” younger brother Jordan Cornette said. “He accomplished what he was here to do. He did not need 50 years to figure himself and his life out.”

Former Butler coach Todd Lickliter served as an assistant coach for two years of Cornette’s tenure and a head coach for the other two. He spoke glowingly of his former player.

“He was a coach’s dream,” Lickliter said. “He adapted to everything he could and did what he could do. I watched him grow and put his signature on everything here at this university.”

Jordan said that he always looked up to his older brother. He saw how much Joel meant to both the Saint Xavier and Butler communities and strived to be like him.

“I always wanted to follow in his footsteps,” he said. “My brother was my hero and affected the lives of so many around him. If I live my life the way he lived 35 years, I still could not be half the man he was.”

“He left this place better than he found it,” Monserez said. “He believed in all of us. Butler never makes a national championship until Joel Cornette changed the discussion.”

Jordan said that his older brother made the most out of his lifetime. He praised his brother because he said he felt that Joel had no enemies.

“He was always leading, but he was truly a man for others,” Jordan said. “He was a high achiever, the strongest out of the three of us and the leader of the Cornette brothers. He maxed out his life.”