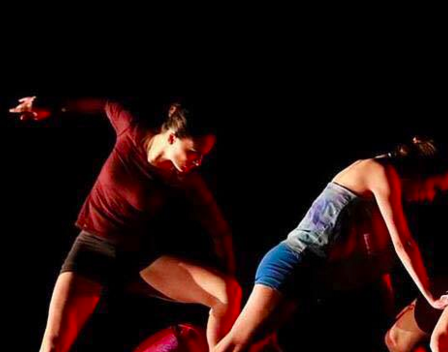 February 10 through 14, Butler’s dance company will perform their Midwinter Dance Festival, a combination of classical ballet and modern dance.

The 2016 Midwinter Dance will showcase pieces from resident choreographers, such as Stephan Laurent and Susan McGuire, as well as guest choreographer Lesley Telford.

Butler’s dance department, currently one of the top five dance programs in the nation, will perform along with guest performances by Eva Jacz Dance Ensemble from Bratislava.

Junior Amanda Rodriguez took a moment out of preparing for the festival to discuss Midwinter Dance and her part in the show.

“There’s going to be a lot of stuff that the audience doesn’t usually see,” Rodriguez said. “The majority of the dances are not on pointe. It’s very neoclassical, contemporary type movement.”

Rodriguez will dance in a piece called “Riverrun,” choreographed by Cynthia Pratt, which will include first-years, sophomores and juniors. It was originally performed in September of last year during the “Streamlines” performance in Holcomb Gardens and has been transformed to appear on stage.

Last semester, Rodriguez was confined to crutches and a boot due to a fractured shin. The problem began last summer. She first thought it was only shin splints.

Rodriguez slowly worked her way back into dancing, though, despite the fear that she might injure herself again.

“I’m making it work,” Rodriguez said. “Luckily, I get to dance in Midwinter. I was scared I wasn’t going to be able to.”

Another significant part of Midwinter Dance is the section specifically designed for seniors. This year, Lesley Telford choreographed this piece.

“It’s super hard according to the dancers,”Rodriguez said. “But it looks really cool.”

Tickets for Midwinter Dance can be purchased at the Clowes box office for $20, or $10 with a Butler ID.