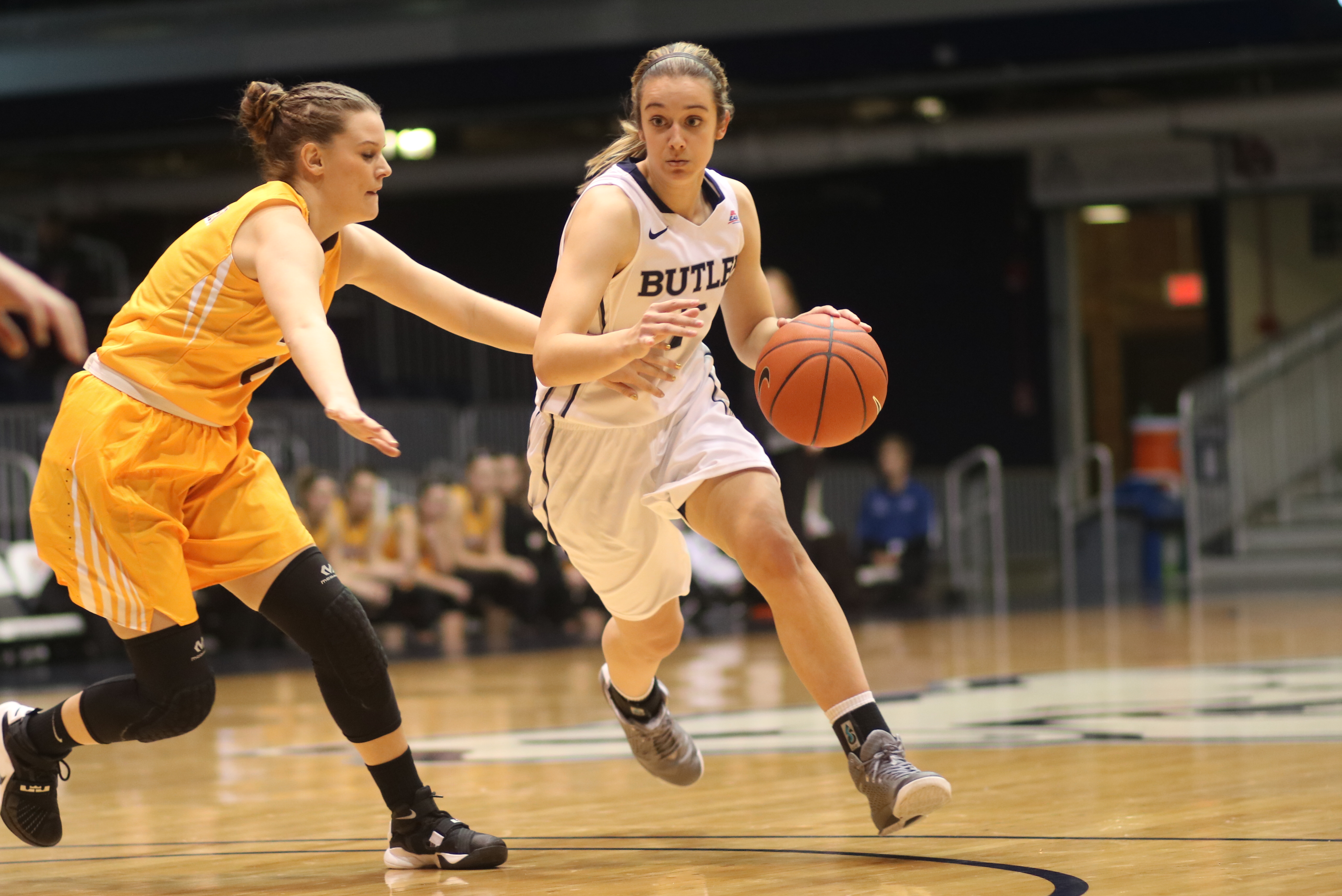 The Butler Women’s Basketball team shot the lights out, quite literally, in their season opener Saturday night. Led by freshmen Tori Schickel and Brittany Ward, the Bulldogs defeated the Valparaiso Crusaders, 72-53.

Even with just eight players dressed and the loss of injured senior starter Belle Obert, the Bulldogs led Valpo (0-1) for the entire 40 minutes. Ward, a highly-touted five star recruit,  finished with 16 points and 13 rebounds. But fellow freshman Tori Schickel stole the show, leading the team with 29 points and 22 rebounds while going 15-18 from the free throw line.

“She’s huge for us and she played the way she practices everyday,” Butler head  coach Kurt Godlevske said. “She’s a hard worker and always puts herself into the position. She’s a smart basketball kid and it was huge for us because we were able to give her the ball, and she competed at a high rate inside the paint and on defense.”

Hinkle Fieldhouse lost power with 16 seconds left in the 2nd quarter. After a few minutes, the officials sent both teams back to their locker rooms for the halftime break, with the final seconds to be played prior to the start of the third quarter.

The break ended up lasting over 45 minutes, but Schickel said the team still knew that they still had plenty of basketball to be played.

“With the delay it was a little hard,” she said. “We went into the locker room and rested as much as possible but also tried to have a little fun. We didn’t keep things too serious but at the same time we did stay focused.”

Butler limited Valpo to nine made field goals in each half and forced them into ten turnovers.

After getting the season opener out of the way, the Bulldogs are looking ahead to the next game, which comes on the road against non-conference foe Chattanooga on Sunday. The Mocs are ranked No. 25 in the Associated Press poll. Schickel knows that she can’t rest after her magnificent debut.

“I couldn’t have asked for a better game to start with,” she said. “But at the same time I know it’s only going to get tougher from here, and every game matters. We just have to come in with the same mindset and still work as hard to get better and improve throughout the season.”