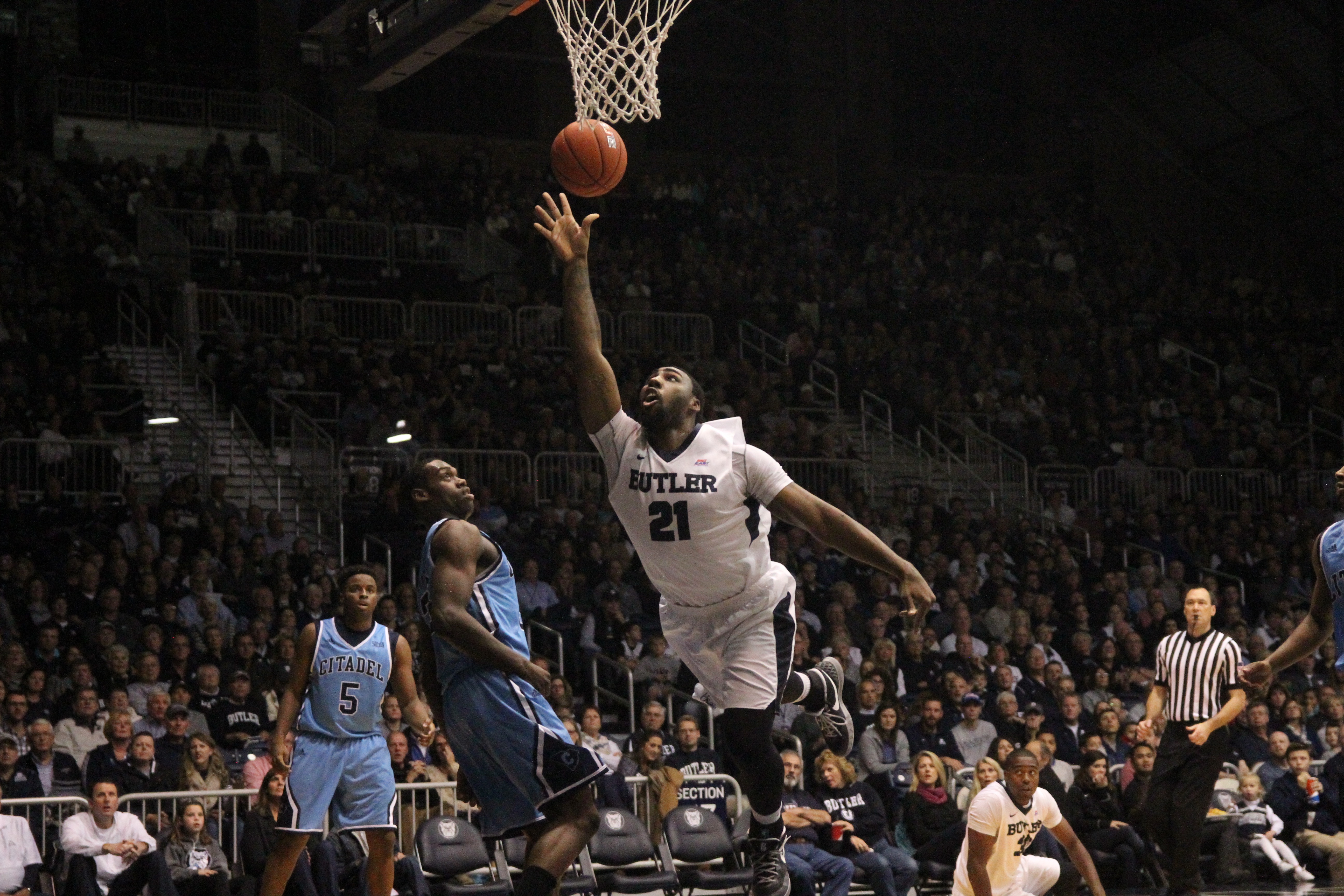 When the ball was tipped Saturday evening at Hinkle Fieldhouse, the Butler Bulldogs looked out-of-sync.

This was a game that they were supposed to dominate, matching up against a Southern Illinois University Edwardsville team that lost all five of their starters from a year ago. The Cougars also have a new coach, were picked to finish last in the Ohio Valley Conference, and came to Indianapolis on a three-game losing streak.

However, 10 minutes in to the game, SIUE led the Bulldogs by two. Someone needed to step up for Butler and pick up the level of play. Luckily for Head Coach Chris Holtmann, his two veteran, preseason All-Big East players were up to the task.

Kellen Dunham tied his career-high with 32 points and Roosevelt Jones finished with 11 points and a career-high 11 assists to lead Butler to an 89-73 win over SIUE.

Dunham scored efficiently, hitting 10-of-15 from the field including 5-of-8 from behind the arc. Meanwhile, Jones recorded his tenth career double-double, but the first to include assists. Both players also pulled in 6 rebounds to tie for the team lead.

With SIUE leading by two, Dunham hit three straight three-pointers to put Butler ahead by seven. However, the Cougars refused to quit, responding with a 9-0 run that regained them the lead.

Dunham scored 19 in the half and the Bulldogs held a slim 39-38 lead at the break. The senior shooting guard surpassed the 1,500 point mark for his career in the first half, making him just the twelfth player in Butler history to accomplish that feat.

At halftime, Butler came back out on to the floor after just a couple of minutes in the locker room. Holtmann wouldn’t go into exactly what he told the team during the break, but made it clear that he was not happy.

Holtmann did say that the object he hit with his hand was glass, and that he would have the trainer check on it before leaving Hinkle this evening.

The Bulldogs found their groove a couple of minutes into the second half. Trailing by one, Tyler Wideman scored a layup off of an assist from Jones. That gave Butler a one-point lead and started a 7-0 run that put the home team on top for good.

Kellen Dunham’s career-high tying 32-point performance came after he scored 23 points in the loss to Miami. He said that the point guards are helping him to score and be more efficient.

“I think it has a lot to do with my teammates,” Dunham said. “Roosevelt and Tyler (Lewis), they make the degree of difficulty of my shots a lot lower than, I’d say, in years past.”

SIUE had just three turnovers in the first half but committed 10 in the second, leading to 13 Butler points. Holtmann said that his team was able to get the win thanks to a much-improved defensive effort after halftime.

“We were way more active in the second half,” he said. “Active to loose balls, active with our hands.”

The Bulldogs play their only true road game of the non-conference schedule on Wednesday, when they travel to take on the #24 Cincinnati Bearcats (7-0).