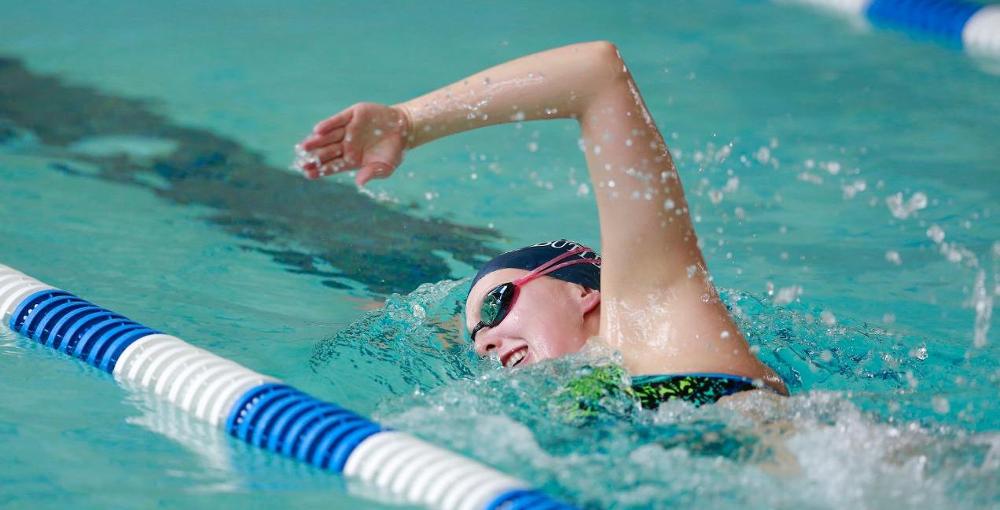 Butler women’s swimming finished sixth out of the 10 teams competing at the House of Champions Meet hosted by IUPUI last weekend.

The Hinkle Fieldhouse of swimming. Ready for a great meet! #GoDawgs pic.twitter.com/Xk2TcRVEZ8

On Friday evening, Emma Green and Audrey Gosnell each broke school record times. Green broke the record in the 200 IM while Gosnell broke the 50 free record. Both swimmers had already held those records before the meet, but shaved time off of their previous bests. Gosnell kept her record-breaking weekend going on Saturday by improving on her own record in the 100 Fly. Green, Tori Horton, Meg McIlvenna, and Rachel Banks all had personal bests in the 100 Back as well.

On Sunday, Mackenzie Queen posted a career-best time in the 1650 Free. Gosnell broke the Butler school record time for the 100 Free, while Rachel Robb finished close behind.

Overall, the Bulldogs finished in sixth place with a score of 674 points while the winning team, the University of Wisconsin-Green Bay, accumulated 1703 points on the weekend. Butler left the meet with three new school records, several Big East qualifying times, and a few all-time top ten performance list times.

The team will take a winter training trip to Florida on Jan. 2, with their next meet taking place at Eastern Illinois on Jan. 16.