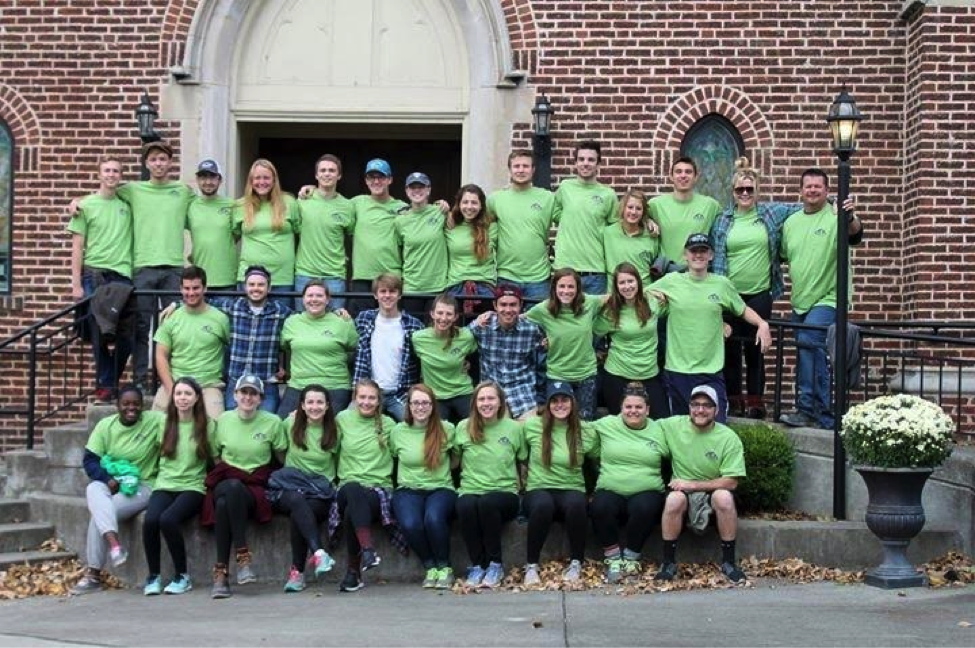 The Butler University Fall Alternative Break group traveled to Hazard, Kentucky, in the southeast portion of Appalachia this year. The group worked on affordable housing projects.

Members of FAB were split into four groups, with each group tackling a different project. One group worked on the base foundation of a house, while a second group worked on siding. Another group did rehabilitation on a pre-existing house and the fourth group worked on finishing a house.

Danny Whalen, a sophomore secondary education major, participated in the fourth group. Whalen said they worked with carpenters who were experts in their skill. He said the carpenters were used to finishing the houses after other groups worked on them.

Michael Boyd- FAB vice president, arts administration member and junior- said the trip gave him a greater awareness of a community outside of his own.

“I think it indirectly helps you get the bigger picture about a lot of things. It puts everything in perspective,” Boyd said.

Additionally, Boyd said at one of the houses FAB members were working on, the mother who was going to be living there came by with her kids and brought cookies and lemonade to show her gratitude.

Boyd said one of his favorite memories from the trip was the first day when they were hand-mixing and setting cement.

“While that was not the funnest thing, by the end of the day we’re all like, ‘Oh, yeah, that’s some good looking cement, that’s the right consistency,’” Boyd said. “There’s humor trying to see someone carry an 80-pound bag of cement up a hill.”

He said the biggest takeaway of the trip for him was that he built a lot of self-confidence along with becoming more comfortable with his peers.

“Going into (the trip,) I wasn’t the most confident,” Whalen said. “I always second-guessed what I say or do. But just like having constant support like on the work site, ‘Oh, try this, you’re really good at that,’ and then during reflection, it was such an open and accepting environment.”

Whalen said he plans to do alternative spring break and might run for a position on the executive board.

As a current member of the executive board, Boyd said the trip helps him learn every year.

“Even though I’ve done it for three times,” he said, “I learn something new every time I go.”