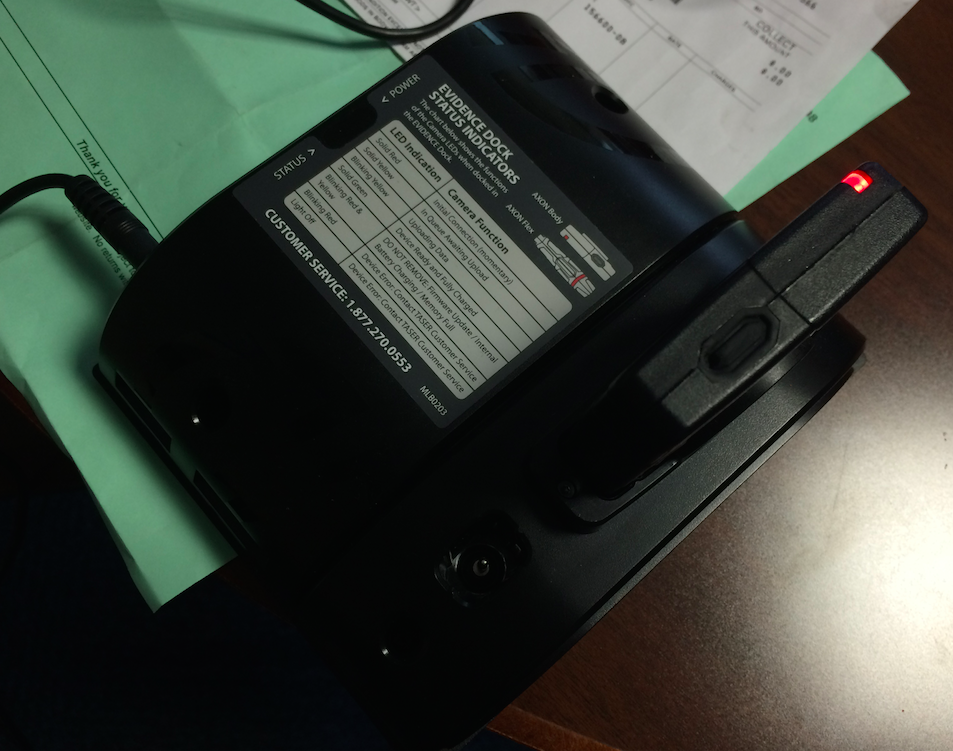 The Butler University Police Department announced at the beginning of September that it would be testing a variety of body cameras over the next several months. The department hopes the body cameras will result in an increased amount of protection and transparency.

Ben Hunter, Butler’s chief of police, said the body camera system aims to protect everyone involved in an incident.

“The body camera program that Chief (Jeff) Conley is working on is just one more step in the university police department being more transparent,” he said. “I think it protects the officer, it protects the individual they’re working with. Most of all it allows the officer to go back and write an accurate report and probable cause. To have that ability is crucial.”

“The demand on agencies to be able to document this stuff is pretty great,” he said.

Conley said it is important for the public to be informed about the reality of the abilities of body cameras to capture incidents as they occur.

This is one of the cameras BUPD is testing. It is the Taser brand. /Photo by Matthew VanTryon

“They’re under the impression that they’re going to see what I consider a full-length movie, with a third party standing off to the side with a camera,” he said. “The body camera is very narrow tunnel vision. I’m not going to be able to see to the right or to the left, or see people walking beside or behind me.”

The body cameras do not film everything an officer does while on duty. One model the department is testing captures footage in the background at all times, but other cameras only record when an officer presses the record button.

“You can’t videotape every single minute while you’re out there,” Conley said. “We don’t have the power source to do it, and if we did, we couldn’t afford the storage for that kind of thing.”

Conley said the presence of a body camera can prevent incidents from escalating.

“If you and I are involved in an investigation and you’re a little upset and irate over the whole situation,” he said. “You might be a little bit aggressive about your mannerisms. But if you look over at me and see I’ve got a camera and you are being recorded, sometimes that can diffuse a situation.”

Conley said it is important for Butler to have access to body cameras, given that BUPD officers are state-certified.

“The burden is on us as far as professionalism and being able to enforce laws,” he said. “I think it’s important that we have the tools that are out there.”

Liam Jensen, a sophomore communications major, said he thinks it is a good thing for everyone on campus if officers use body cameras.

“There’s a good reason for them to have it, even to help out the cops in case they were in a bad situation,” he said.

Junior Mallory Stressler, a science, technology and society major, said she thinks that given the area surrounding Butler, an extra measure of safety is a positive thing.

“I think because of the community we live in and the outside area that surrounds us, it’s a smarter idea because we have so many outside incidents that are constantly occurring,” she said. “With something like this, if someone were to come onto campus from the outside, this protects the students and the police.”

Over the next several months, the department will test various models of the cameras and determine which one will work best. There are a number of factors the department is considering, including cost, efficiency and functionality.

After a camera is chosen, officers will be trained. Conley said the training process is vital to teach officers how to appropriately position themselves in order to effectively capture footage.

“Officers are trained to encounter and protect themselves certain ways while they’re interviewing people at the scene,” he said. “Wearing the body cameras causes an officer to have to reposition themselves in order to videotape who it is they want.”

The university budgeted $30,000 for the body cameras, which comes from the already-existing vehicle replacement program. This means that two police vehicles will not be replaced in the next cycle.

“With a smaller department, they have the luxury of being able to keep a car 12 months out of cycle versus a large department,” Hunter said. “It’s not new money, it’s existing money.”

Body cameras themselves can cost between $500-$700, while a majority of the cost for the program goes towards data storage. The industry standard is to keep footage for 30 days.

The administration will make the final decision on the type of camera the department will purchase, with input from BUPD. Conley said he thinks that eventually body cameras will become commonplace.

“I think down the road it will be a common everyday piece of equipment like an officer’s radio or their handcuffs,” he said.